Coursera CEO: Everything You Need To Know About Online MBAs

Online MBA programs have boomed since Jeff Maggioncalda’s time at Stanford. Will they replace on-campus programs?

When Jeff Maggioncalda attended Stanford Graduate School of Business (GSB) for his MBA, he was attending his local business school.

It was 1994, he'd recently had his second child, and his wife was teaching at four different colleges to try and pay the bills. How he could have done with the ability to learn online and study while working.

This was long before the online learning boom and the launch of specific Online MBA rankings.

The rise of the online MBA 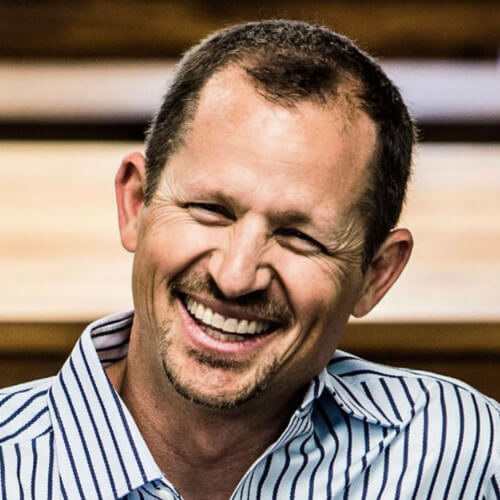 Recent years have seen a drastic uptake in the number of available online MBA programs. Since 2014, the number of AACSB-accredited business schools that offer an online MBA has increased from 97 to 164, a rise of 69%.

According to the Association of MBAs (AMBA), 16% of MBA programs globally are now blended, mixing online and on-campus methods, with blended delivery increasing by 6% since 2016. The proportion of programs delivered in the classroom decreased by 5% in that time, AMBA say.

Jeff believes that online learning platforms like Coursera will continue to benefit from the rise of distance learning, to the point where he can see every MBA program having an online capability. Last time we spoke, he pushed for more degrees to be moved online.

“It might not be massively scaled, but I think if you want to attract the top professionals to your MBA, the obstacle that you have to go to campus to do it cuts out a lot of talented people—you’re going to have to bring the campus to the student,” he says.

What you'll get from an online MBA

“The way people work and the way they have to lead is increasingly online,” Jeff says. “What you’re learning when you do your MBA online, to some degree, is a more accurate representation or simulation of the way you’re going to be working."

On-campus has its place, Jeff adds, but one of the main advantages you get from learning online is experience in online project work, and learning how to lead in collaborative, virtual spaces.

These are skills students learn on Coursera’s online MBA and business degrees. The platform currently offers an iMBA and a Master of Science in Accountancy from the University of Illinois, as well as a Global MBA from Macquarie University and an MSc in Innovation and Entrepreneurship from HEC Paris.

Jeff explains that the average age of students on Coursera’s programs is 10 years older than the traditional on-campus age. What that means, he says, is that you’re learning from people who have a lot more experience and are usually more senior in their careers.

“What you learn from your classmates is more diverse because they’re from all around the world and come with a more mature perspective.”

If you’re considering an online MBA, the commitment to learning doesn’t start and end as you enrol and graduate.

When Jeff was a graduate in the 90s, he says the world was changing not nearly as fast as it is changing today.

The introduction of artificial intelligence, machine learning, blockchain, virtual reality, and remote working means the way the working world operates is under a constant tectonic shift.

“It’s useful to recognize that the reason people will have to learn for the rest of their lives is to keep up with the kind of knowledge and skills you need to be valuable to your company.

“Lifelong learning arises not because we want it to or because it’s morally the right thing, it’s a necessity as the world is changing so quickly.”

As the retirement age goes up in line with increased life spans, and there is pressure on employees to constantly learn, the logical response, says Jeff, is that employees will have to learn while they work.

Many universities are offering Massive Open Online Courses (MOOCs)—indeed, for some business schools offering MOOCs, the mini courses have been an extra source of income. Jeff has seen the MOOC boom from around 2012 develop into what Coursera are now offering: fully online degrees.

“People are realizing there’s not just one solution. It’s a collection of learning formats that together will meet the needs of a broad array of people.”

READ: Are Coursera Courses Worth The Effort? 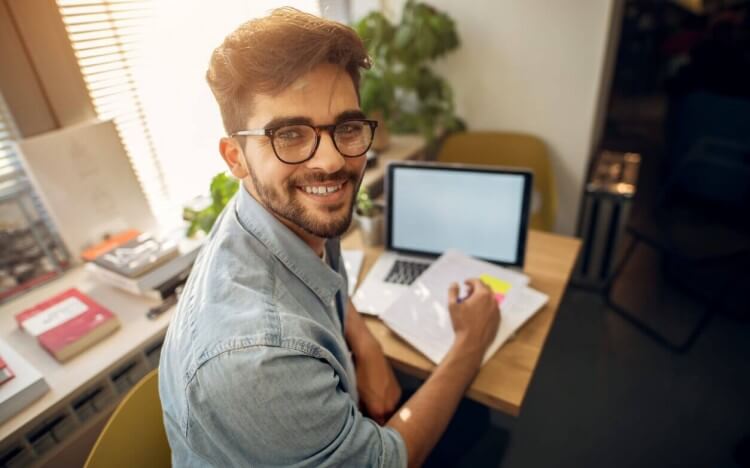 Community and networking are key facets to any on-campus MBA. They can also be the hands that deal you your post-MBA career.

Jeff knows the power of networking, of benefitting from contacts. He was contacted by a recruiter during the 2010s, who asked him if he was interested in joining a company board in the fintech space—Jeff also sits on the board of Silicon Valley Bank.

They were chatting, and Jeff was asked what he wanted to do for the rest of his life. He responded that whatever it was it had to be meaningful; he was thinking something in the healthcare space.

Though he didn’t take the company board position, a few years later in 2017, while in Kyoto, he received a phone call from the same recruiter—he’d been retained by Coursera for their CEO search.

Jeff’s wife and kids had been using the platform and convinced him to take the role. He’s not looked back since.

Giving students a strong network is one of the challenges facing online MBA programs. Jeff is convinced that it’s a hurdle that can be cleared.

Despite the size of the class on the iMBA at Illinois—Jeff estimates it at around 2,000 currently active students—being split into smaller, diverse cohorts has had a strong impact on student satisfaction.

“They love it. I met a lot of the first graduating class, who said they’d never have been able to do an MBA or go to Illinois for two years. It’s more affordable, and they are learning alongside classmates from all around the world.”

There are around 90 different nationalities in the iMBA virtual classroom, and 46 US states are represented.

For those in the classroom though, Jeff points to discipline as the key skill that will set apart those who succeed and those who don't.

Some people ask if an online MBA is worth the money, and Jeff’s answer would be, of course, if you’re willing to put in the work.

Journalist Thomas Friedman was the keynote speaker at Coursera’s 2019 Partners Conference in London. Jeff recalls him saying that the advantage in the future will go to those who are disciplined.

Discipline might be one of the most important characteristics of an individual, because the separation that will occur between people who are disciplined and continue to learn, and those who don’t get around to it will be considerable, he said at the conference.

“We are now standing at the dawn of an era where these universities, because of technology, can create far greater access and opportunities to the whole globe, and I think we’re at the very first chapter,” Jeff says.

“I think this will be decades in playing out.”