You don't need an MBA to become an entrepreneur. But the networking opportunities, support system, and innovative approach to problem solving fostered at B-school, has been invaluable to the success of many top business people.

The MBA at HHL Leipzig Graduate School of Management proves this point with its impressive alumni, and consistent number one ranking as Germany’s top b-school for entrepreneurs.

HHL is the alma mater of the founders of 5 of Germany’s startups with unicorn status, meaning private startups with a valuation over $1 billion: About You, Auto1, IONIQ, food giant Delivery Hero and Trivago.

“My success story as an entrepreneur started at HHL, where I met people with the same passion for bringing ideas into life,” says Rolf Schrömgens, co-founder of top European travel site Trivago.

Both feel that the experiences they gained at HHL have been vital to their success as entrepreneurs.

Sharique joined HHL from his native India, where he previously studied physics and mathematics.

Before starting his own ventures, Sharique built a successful career in the telecom and media industry, setting up mobile OTT service businesses in India, South East Asia and Russia with Buongiorno, later acquired by NTT DOCOMO. From there, he was headhunted by Accenture to help build their digital practice in the DACH region, where he became a top consultant.

Lessons learned and contacts made at HHL have helped him every step of the way.

“An MBA pays itself back especially well about five or six years on, from the power of the networking and alumni,” Sharique says.

He explains how, over these years, many of his classmates had worked their way up into senior positions in some leading German companies.

“Instead of competing for consulting projects with my colleagues,” explains Sharique, “I started using my HHL network to become the person bringing in the opportunities, by reaching out to my contacts. Taking that intrapreneurial approach significantly strengthened my position at Accenture.”

Now, he’s gone from intrapreneur within Accenture, to entrepreneur with his two ventures, Dive and CONSAI. The former currently uses AI video analytics in retail, security, and transportation, while the latter seeks to disrupt and maximize efficiency in the construction industry.

His mathematical background and experience with emerging technologies have been an important element in building these new ventures, as well as a highly analytical, logical approach to business. “I always say to people, make sure everything you do is measurable. I learned from the leading management thinker Peter Drucker that If you can measure, you can improve. It’s as simple as that.”

Ultimately Sharique credits HHL for helping him become a more well-rounded businessman. He describes how his MBA helped him understand the importance of having a clear template that others can follow, therefore building trust over competition.

This philosophy is entrenched across HHL, which even has its own startup accelerator to support new ventures with both funding and expertise.

“It was during my MBA that I realised building business is not about mathematics,” adds Sharique. “It’s all about people and aspirations.”

After finishing her MBA, German native Annemarie interned in Shanghai with the sales and marketing team at Dr Oetker, before returning to Berlin with a role at digital publishing giant Axel Springer Media House.

Now, she runs the operations and PR for the juice company Kale&Me, which she co-founded with two friends and collaborators.

She explains how the seeds for success as an entrepreneur were sewn during her MBA.

“At HHL, I learned how to form a strong team by bringing together different people with different backgrounds and skill sets,” Annemarie says. She adds that HHL’s diverse MBA community, where 90% of students are international, was pivotal in teaching her the value of multiple perspectives.

“The presentations we experienced in our classes were exceptional. We met entrepreneurial role models in person, and were able to observe and learn from them.” Many of HHL’s guest speakers come from their extensive alumni network, which is active across 70 countries.

HHL alumni are even known to regularly visit the campus to recruit HHL students for their own businesses ventures, allowing MBAs to gain all manner of practical insights, experiences, and connections before starting their own venture.

For Annemarie, the encouraging environment at HHL helped her feel that starting a business was a real, tangible possibility. She describes how, long after finishing her MBA, she still gets invited to conference speeches by old classmates, and receives support through specialist alumni networks like the HHL entrepreneurship circle.

Ongoing opportunities like these, born out of HHL’s supportive campus culture, became invaluable sources of insight as Annemarie created Kale&Me, and expanded the company to the success it is today.

All in all, HHL’s is a highly sustainable support system. “I not only got access to the support,” says Annemarie, “but I learned how important it is to give back, and provide mentorship to the next set of HHL entrepreneurs.”

Great article it is really informative and innovative keep us posted with new updates. It was really valuable. thanks a lot [url=https://krunkerio.io]krunkerio[/url] 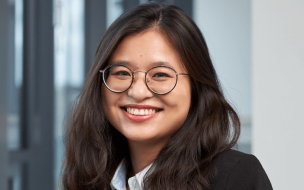 Best MBA Jobs: How My MBA Got Me A Job At Beiersdorf 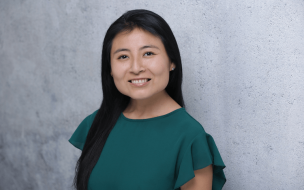