Steve Thomas has spent a career at the forefront of business. He brings to Cass a blend of industry experience and a mindset geared towards social awareness

When I speak with Steve Thomas he’s in the middle of an international consulting trip in Bogotá with a group of Executive MBA students from Cass Business School.

After the trip, he tells me, the students are invited to join a group of alumni on a four-day expedition in search of a lost jungle city. They are being led by one of the world’s leading mountaineers, Gabriel Becker, who is based in Santiago and is a close associate of Rodrigo Jordan, a visiting professor at Cass in Experiential Leadership.

The expedition is designed to challenge them not just physically, but mentally. Constant discussions about teamwork and strategy push students to get to the bottom of who they really are as leaders.

“We give them experiences people never come across in their ordinary lives,” Steve says, “and that is the impact of Cass—every year we’re looking for new places to go, new places to explore.”

That’s the mentality Steve wants to carry into his new role as associate dean for MBA programs at Cass. He’s taking over from Dr Sionade Robinson, someone he says has been instrumental in developing Cass Business School’s ‘explorer’s mindset’.

Steve’s walked the MBA walk for the past seven years at Cass—he’s moving into his new role from director of the Executive MBA. He’s also taught on MBAs for the past 20 years.

So, what will he bring to the table?

Alongside continuing the work of his predecessor, Steve sees his objectives as a to-do list. At the top of that list is enhancing the student experience. He says a big part of that will be exploring online learning, but not to the detriment of face-to-face learning, a key aspect of the Cass education.

Steve also realizes the maturity of online MBA offerings today—something that nobody expected, he adds, when he was an external examiner for the first ever internet MBA in Singapore, about 20 years ago.

“You must never lose sight of the Cass identity while exploring blended learning,” he says. “Let’s call it Cassness.

“These guys leave the school and they’ve got 40 years of experiential learning ahead of them, so they must feel close to us.”

Cass Business School offers MBAs the opportunity to come back for one free elective per year after successfully completing their degree. This is part of Cass’s ambition to harness lifelong relationships with its students, to create a Cass family, if you will.

Steve brings to Cass the experience of someone who’s spent their career at the forefront of business.

He tells me he’s been developing businesses for 30 years—the first of which was a publication called Credit Rating International, developed in conjunction with Financial Times Business, which ran from 1989 until the last few years.

He’s also been a professor at the University of Wales in Swansea, his home town. It was through contacts there that he tried his hand at entrepreneurship, creating his own university around 2001.

“I was working on the south coast,” he says, “and I worked with a guy who owns international further education and language schools, so we created a university to give MBAs and BBAs.

“In those days, it was very unusual to have private universities, but I’d seen how they created private unis in Singapore, Taipei, and Kuala Lumpa, so I brought that model to the UK.”

It was an experience, Steve adds, that taught him the fundamentals of building a university from scratch.

He then entered the wealth management sector, where he first worked as an investment strategist for Firecrest Hambro between 2002 and 2006. At the same time, in 2005, he became the director for a hedge fund for Bear Stearns. There, he worked with another professor and was given a front row seat when the global financial crisis hit.

“Bear Stearns was the real canary in the coal mine,” he explains, “they went bust before Lehman Brothers.”

The close-up view molded Steve’s research when he eventually found himself at Cass. He observed that things could be done a lot better, a lot simpler, and so he set out to find a solution to protect people’s savings. In the process, he launched Solent Systematic Investment Strategies with a professor, banker, and a former student.

They advise on investment strategies and handle around $50-to-60 million of invested money.

He’s taken that social approach to Cass. “The theme of social awareness as well as innovation, that’s what the Cass MBA brand is for me,” he says.

“Developing people not just in a business context, but very much in a personal context and in a society context. We want to do good things, not just be successful.”

Does he ever have time to relax?

Steve lives on the south coast, in Dorset. He spends three or four long days at Cass per week, he says. When back home, he contends with his unmanageable Scottish Deerhound puppy ,Stanley. At six months old, he already weighs 30kg!

“He’s gone for seven weeks therapeutic residential training, so hopefully he will come back a changed dog,” he laughs.

“He lives with another dog for seven weeks, and the other dog is owned by a famous film director, so the joke is he’s going to come out well tuned for an acting career!”

I Swapped The US For The UK &amp; Triple Jumped Into Consulting After An MBA At Cass Business School 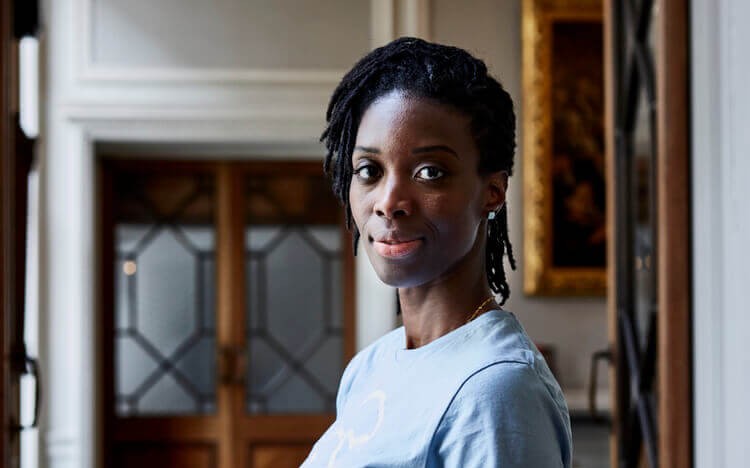