Sérgio Gomes advised c-suite executives during his MBA internship at FNB Mozambique. He got the opportunity through The Lisbon MBA

The stereotype of the ‘intern’ is far from glamorous. Juggling coffees and menial tasks, they’re a glum figure in office lore—but with the right MBA internship, this doesn’t have to be the case. 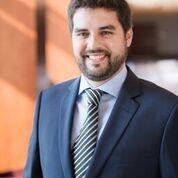 Sérgio Gomes, a recent graduate from The Lisbon MBA in Portugal, is a prime example.

Far from being given a low-stakes project with little real responsibility, Sérgio says he was taken seriously at his MBA internship with FNB Mozambique, and he’s now landed the position of head of retail, channels, and SME at the African banking firm.

What sets MBA internships apart from ordinary placements is the level of experience that MBA students bring to the project—particularly if they’re sent from a world-renowned school.

On The Lisbon MBA, students have an average of eight years’ work experience, which means that they each bring extensive knowledge to the projects they’re assigned.

This was true for Sérgio, who after attending college in Portugal and Spain had worked in finance in Poland and Mozambique before transitioning into consultancy in the Middle East.

There, he worked in the UAE and Saudi Arabia before deciding it was time to pursue his MBA—and when his MBA internship came around, his experience fit very well with the task at hand.

“The project was to completely transform the bank, and during my business experience with Accenture I had done some transformation,” says Sérgio. “It felt right for a person like me to do a few months with them.”

His superiors at FNB thought so too.

Soon, it wasn’t just his teammates from The Lisbon MBA that Sérgio was working with and advising, but more senior members of the FNB staff—and Sérgio, for one, was delighted.

“It was a jump to the C-suite level”

To be able to work directly with the senior executive team on an MBA internship, and be allowed to contribute at leadership meetings, was exactly the experience that Sérgio had hoped for from The Lisbon MBA.

“As an internship it was actually a jump to a new level of leadership experience,” he says. “I was now [experiencing] the C-suite level.”

It brought his goal of an accelerated path to senior leadership within his reach, and in fact, Sérgio believes the internship was instrumental in getting him into the role he is in now.

After the success of his MBA internship with FNB, during which he helped to perfect the architecture of their transformation and open a transformation management office, Sérgio was offered a position at the company.

Today, he’s the head of retail, channels, and SME banking at FNB Mozambique, and he is satisfied with the responsibility that he has in his new role.

“I would say that I have around 50% of the staff as part of my teams and my administration,” he reports.

The experience on the MBA internship helped to prepare him for the realities of such a senior role, and the importance of forming connections with your team.

“What I took from the MBA is understanding that managing people is the most complex, but also the most important piece of running a business,” he advises.

“You can be a good technician and understand the market, but you need the people performing next to you to have good levels of productivity—you need to understand what can make the difference to achieve that.”

“The key value is the exposure”

The most valuable thing that Sérgio believes he gained from his MBA internship was his exposure to decision-making at the highest levels of a business.

He believes that getting the opportunity to prove himself in this environment was a deciding factor in being offered such a senior role when he finished his MBA, and he is grateful for what he learned as a result.

“I was exposed to the C-suite level every day, and in every [task]; I spent a lot of time with them and interacted a lot with them, and that kind of thing is quite positive when facilitating an opening to work with them,” he says.

“You do need to bring something new and different—on the technical side, I brought the ability to design and to create the transformation program and the tools that were needed for it—but the level of exposure is definitely what was needed to get into this position.”

Now that he’s achieved his goal of securing a leadership role in an international company, Sérgio is looking forward to showing his continued value to the group and to growing the business outside of Mozambique. To others looking for a similar path, he recommends The Lisbon MBA. 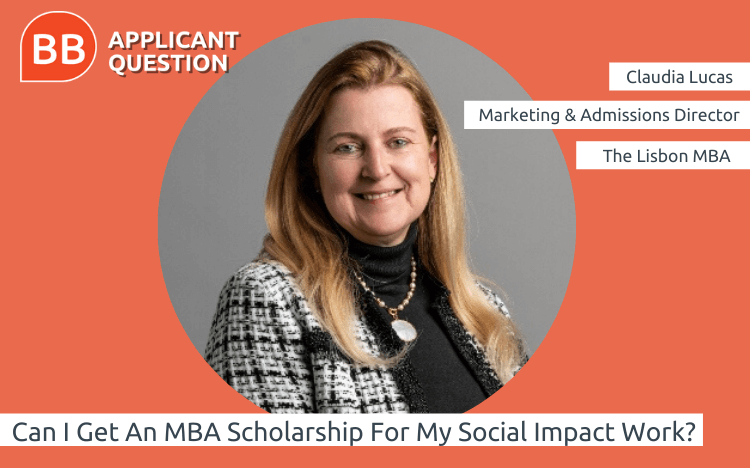