How This MBA Graduate Helped Break The Marathon Record

When Kenyan runner Eliud Kipchoge became the first person in history to run a marathon under two hours in Vienna, at 4:34 minutes per mile, it took more than just staggering natural ability.

Behind the scenes, a team of people at the top of sports science measured everything from equipment and nutrition to weather conditions and aerodynamics.

This is where Samir Abid came in. He and his team at Pace Insights used laser technology to map the running line that Kipchoge would successfully follow.

Off the back of 10 years consulting in the automotive industry, Samir decided to pursue an MBA. It was this, he says, that helped him found the business that has led to gold medal-winning and record-breaking success.

Samir started out his career as a graduate engineer at General Motors, following a bachelor’s in automotive engineering.

He went on to complete consulting contracts for Aston Martin, before further contracting work for Land Rover led to a permanent senior consulting position.

By this point it was 2008, and the financial crash had put GM, Ford, and Chrysler all on the brink of insolvency. It was a wake-up call to the automotive industry, and a lightbulb moment for Samir.

“I had an itch to scratch in terms of going out and doing my own thing—moving away from the cosy corporate life I was in,” Samir explains. “I was an OK engineer, but as senior consultant I found myself running a team and was starting to feel out of my depth.”

The economic downturn, combined with a long-running entrepreneurial desire, resulted in a decision to leave his day job to go back to school.

At Warwick Business School, leadership is a core component of the MBA program

An MBA from Warwick Business School

In September 2008, Samir enrolled on the Full-time MBA program at Warwick Business School.

“Despite being mainly drawn to entrepreneurship, I went into the MBA with an open mind,” Samir recalls. “I took modules in areas like marketing and corporate finance and soon began to realize that the MBA primarily teaches you how to think about solving problems.”

As it turns out, the core components of the program were not dissimilar from Samir’s engineering background. “Breaking problems down is essentially what engineers do. The MBA makes you aware of your own thinking and biases, combining that with the data to make complex problems more manageable," he says.

Flexible problem solving is why, for Samir, an MBA can prepare students for consulting roles. It was a pathway he investigated, but parallel life events found him changing course.

“On the day I handed in my dissertation, my wife and I attended our first antenatal class!” Samir says.

With a newborn on the horizon, Samir instead took on some consulting work on the back of his dissertation research involving the role of leadership in developing successful Formula 1 drivers.

At Warwick, leadership skills form a core component of the program. For Samir, a memorable class was in organizational behavior. “The way in which it was taught was through case studies. You had to work to figure out exactly how best to manage a team in the right way,” Samir recalls. “It really resonated with me—how best to define a good leader and the dynamics of leadership.”

With the contact he’d made from his dissertation, Samir’s eyes were opening up to a wider sporting world where data analytics was becoming increasingly crucial. “That work on the back of my research then led to a connection with UK Sport, the governing body for Olympic sport, where we started to note a notable change in sports science,” Samir says.

Sport was beginning to be influenced by data analytics. In fact, the global sports analytics market size is expected to grow to $4.6 billion by 2025. Samir saw this as a window of opportunity he knew could be capitalized on.

”I wouldn’t have run my own business without the MBA.”

In 2011, Samir founded Pace Insights, a company which has provided over 40 different sports organizations with data insights to provide intelligent solutions—helping win 41 Olympic gold medals in everything from sailing to gymnastics.

“It’s about making the process of developing athletes more streamlined. Our contribution to that is through data analysis,” Samir says.

For the engineering-savvy Samir, processing the numbers and simplifying data comes relatively easily, but to operate and create a product required the right communication with both athletes and teams.

“I wouldn’t have run my own business without the MBA,” Samir says. “It’s not just about the knowledge—I left the MBA with the contacts and network that kick-started my company.”

Alongside the benefits of a sprawling alumni network, an MBA provides learning in how to communicate and talk business.

“Thanks to the MBA program, I’ve got the confidence to talk the language of business to anyone within the industry, no matter their position or role,” Samir explains.

His entrepreneurial streak isn't finished yet either. Working hard towards a consumer focused product, Samir has more recently launched Your Data Driven, a learning platform for motorsport participants. It's a move back towards his automotive roots, this time developing an educational digital product influenced by his sports science consulting work.

Without Warwick Business School, Samir may not have had the network that connected him to UK Sport

Fast-forward to 2019, and Samir found out that Eliud Kipchoge was about to embark on running a full marathon in under two hours.

Owing to his connection with UK Sport, Samir was enlisted by Sir Dave Brailsford—mastermind of multiple Olympic gold medals—to help analyze the course and draw out the optimal running route.

“It was an exciting project to be involved with. Particularly from a data point of view, we were competing not against other athletes and teams, but against nature,” Samir says. “From an engineering point of a view I felt it was a brilliant advert of what can be achieved.”

For Samir, it was the pinnacle of his career in sports science so far. It showed Samir that, with the right talent and the ideal team of people behind the scenes, anything is possible.

The roots of his success, Samir says, can be traced back to his MBA.

You may also be interested in: Why Did The CEO Of Battersea Dogs Home Do An Executive MBA? 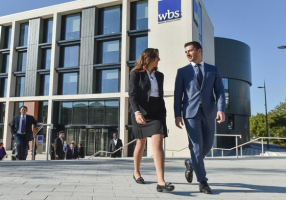 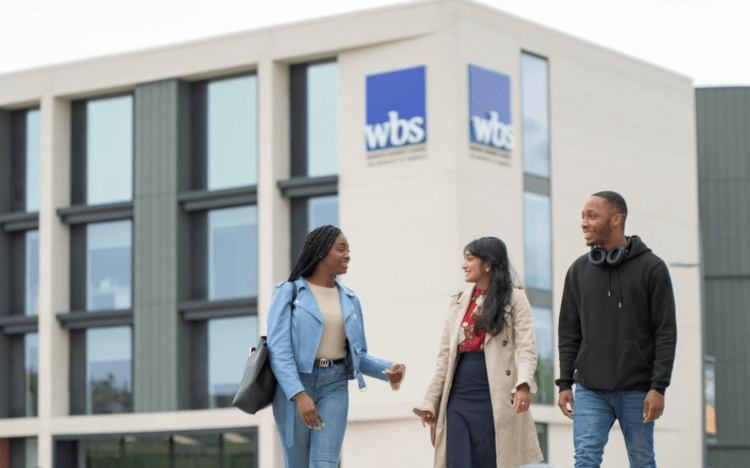