MBA Rankings: 6 Things You Should Know

While MBA rankings are often the gold-standard for business schools, there’s more to them than meets the eye

Every year, aspiring MBA candidates look with trepidation to global business school rankings created by publishers such as the Financial Times and the Economist. Offering insights into the quality of teaching, employment prospects, and international exposure, rankings are a good first investigation into a chosen business school.

Rankings are a convenient way to compare business schools. According to Graduate Management Council (GMAC), 81% of prospective students globally consult rankings when deciding which business school to go to.

Global MBA rankings often dominated by programs in the US and Europe. However, Asian business schools are on the rise. One program with an established history in the rankings is the International MBA from Fudan University, in Shanghai, China.

Fudan is ranked the best program in the world for graduate percentage salary increase by the Financial Times. Fudan ranked 89th in the Financial Times’ Global MBA Ranking in 2013, but in just six years has climbed 55 places, ranking at 34th in 2019.

Any school rising this fast in the rankings is bound to attract attention—as Keith Bevans, global head of consultant recruiting for Bain & Company, told BusinessBecause this year. “If a school goes from 20 to 10 in two years, I know I’m going to need to start thinking about looking at them in a much bigger way,” he says.

With MBA rankings influencing everyone from recruiters to students, it’s worth knowing all you can about them. Here are six things you should know:

The Financial Times’ Global MBA ranking is one of the most respected around. An alumni survey conducted by the newspaper actually contributes 59% to the total ranking data—alongside 31% of school data—including information about salaries, bonuses, career progression, and level of seniority.

Fudan ranks number one in China for its research quality, international faculty, and career progress in the Financial Times ranking.

An MBA is only worth as much as you get out of it, so having strong career development opportunities can make the difference to your experience.

The Fudan MBA Career Development Office was the first of its kind in China and provides students with all the professional resources they need to support their career plan, including career planning workshops, interview and resume prep, mentoring, and connections with recruiters.

As Harvard Business School this month launched a campus-wide poll to discover how rankings were interpreted by their students, employees of the b-school also revealed the ins-and-outs of actually contributing to one of the popular rankings.

“A coordinated effort among 15 staff members is what is required to participate in one of those rankings,” said Brian Kenny, Chief Marketing Officer at HBS in an interview with The Harbus, HBS’ student-run blog.

Other staff members also revealed that while the school used to participate in over 10 rankings, they have recently reduced participation to just five. It’s an interesting observation, that schools are only included in rankings if they’re willing to contribute data and alumni contacts to the various rankings.

4. Every ranking is different

Each ranking will focus on different data and therefore have different outcomes. The Financial Times puts a lot of weight on alumni surveys, while Forbes calculate their rankings by simply focusing on the ROI of MBA programs.

Rankings also don’t all feature the same schools—as Harvard revealed, it’s possible for schools to opt out of rankings, as many did when it came to the Wall Street Journal’s MBA ranking last year, which high-profile schools such as London Business School, Wharton, and Harvard all declined to participate in.

3. Data can be surprising

The sheer amount of data collected by rankings creators, and offered by business schools wishing to be included, also means that you can discover a lot just by perusing a ranking.

While Fudan University was ranked just outside the top-30 schools overall in the Financial Times Global MBA Ranking this year, it ranks top for the percentage salary increase of its graduates.

Students on Fudan’s International MBA program achieve a staggering 195% salary increase after completing the program—more than at schools like Stanford or Chicago Booth.

While rankings aim to be as objective as possible, they also lose a lot of the minutiae of the MBA programs that might impact a student’s decision.

For this reason, you should look beyond the rankings and reach out to alumni and careers teams at your chosen schools to get a real feel for the program.

A school with international links, like Fudan’s International MBA, offers plenty of opportunities for aspiring students to reach out and talk to students who have recently graduated—they offer alumni representative offices in more than 16 cities in Mainland China and in Hong Kong, Taipei, New York, and Singapore.

Ultimately, while rankings can be a useful point-of-call when navigating the tricky world of business applications, they aren’t the be-all-and-end-all of choosing a school or MBA program.

For MBAs looking to explore job opportunities in China, for example, choosing a school in Shanghai, like Fudan’s International MBA program, can be a good choice—so consider where you want to go in your career, as well as which schools perform well in the rankings.

How An MBA In China Can Boost Your Career Development

Meet The MBA Heading Up Digital Business At IBM Asia-Pacific 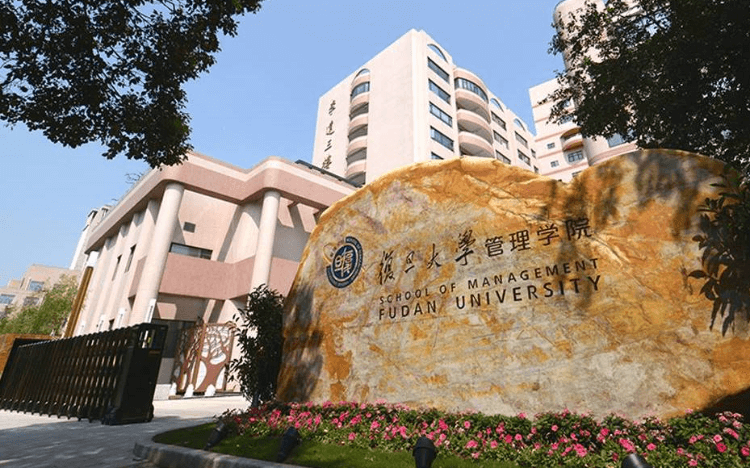 How An MBA In China Can Boost Your Career Development

Meet The MBA Heading Up Digital Business At IBM Asia-Pacific