Convincing an employer to fund your MBA degree could be a route to the leadership track - and more companies are now willing to splash their cash.

Ernest Akinlola was recalling how he secured company sponsorship as he tried to buy a train ticket for the Eurostar from London to Paris last month. The former chief operating officer of mobile phones giant Lycamobile was travelling up from his London base to the French capital to discuss business with a prominent telecoms billionaire.

An MBA degree, funded in full by logistics leader UPS, has paid dividends over the years. Ernest followed his family’s accounting roots and worked as an auditor for the leading delivery company for two years.

Mid-way through his taxing career, he enrolled on an MBA at Manchester Business School in 1998. “Quite simply,” Ernest says, “I asked my employer and they generously agreed to fund an MBA for me.”

In the two decades since, the graduate has enjoy stints at the world’s biggest telecoms firms including T-Mobile (now EE), Virgin Mobile and Etisalat Nigeria. His reign at the helm of Lycamobile saw him expand the company’s operations into 17 different countries.

“What I gained was confidence, and a balance to my accounting skills,” Ernest says. “It [an MBA] has definitely been useful and continues to be useful, and in many different aspects,” he adds.

Company sponsorships are in high demand in the West, where the burgeoning management class is eager to enrol in costly post-graduate degrees, but that has not always been the case.

According to last week’s applicant data, company sponsorship dropped to an almighty low of 2.9% in 2009, while 9.8% of candidates relied on family savings to pay for their MBA programs in the build-up to the financial crisis.

“Most of the companies around the world have cut down on training and education programs, and that has affected business schools because there were many company-sponsored students that now need financial aid,” says Pilar Vicente, senior associate director of admissions at IE Business School.

Yet company sponsorships have surged as economies have rebounded, and corporations are once again willing to splash out on management training for their more senior employees.

According to research by QS, 10.6% of MBA applicants will use company sponsorships to fund their degrees in 2014, the third consecutive yearly increase and a rise of nearly 8% in five years.

This rise, expected to increase in 2015, is a symbol of the growing demand for management education among employers. It comes on the back of a surge in executive education, the short customized courses for corporations, driven by healthy demand in emerging markets.

“We have seen an increasing number of employers keen to invest in the development of their managers,” says Fiona Deane, MBA recruitment manager at Henley Business School.

“They seem to understand the value for the business in upping the skills and knowledge of senior employees, and how this can help to provide competitive advantage and growth for the business.”

An increase in part-time and distance learning programs at reputable business schools has helped employers open up their wallets.

Demand for part-time learning has remained roughly flat in the United States, but Europeans are hungry for MBA programs that do not require a lengthy absence from the jobs market.

David Pullinger from the careers team at Imperial College Business School says: “We see it as the result of a desire among students to develop their careers without the risk of leaving employment, and having to fund an MBA without any income.”

“As the economy picks up, however anaemically, people are more interested in part-time MBA programs because they want to stay in the workforce while preparing themselves for career growth through additional education and training,” says James Stevens, senior assistant dean of student affairs at UC Davis Graduate School of Management.

The relentless rise in part-time study options is one explanation for the willingness of employers to pay for part-time and executive MBA courses.

A company sponsorship program helps attract new talent, says James, and creates a stronger talent pool. “Paying for an MBA may also be considered a perk to retain talent,” he adds.

An MBA provides broader perspectives than the short executive education courses offered by most business schools, says Fiona, and has a longer-lasting impact. “They provide the opportunity for employees to gain insights across industries and a breadth of subjects.”

She adds that the consulting projects offered by many schools allow MBAs to test their newfound knowledge, generating return on investment for companies almost immediately.

Valerie Y. Suslow, senior associate dean for MBA programs at the Michigan Ross School of Business, says the learnings from fellow classmates who come from outside an organization helps students become leaders within their firms.

Valerie adds that candidates should frame the opportunity as a partnership for both parties. She says: “Companies who actively participate with the candidates in planning for their education and outlining career development plans are more apt to provide financial support.”

The picture is similar for European employers according to Fiona from UK-based Henley. Candidates should understand their company’s mid-term strategic goals, and find a way to make the MBA fit a growth strategy.

The business school provides workshops to help applicants develop a business case to approach their employer for funding.

Fiona says: “Understand… How an MBA can help you to support the business in addressing these challenges.”

However, not everyone is convinced. Pilar says that since 2008, there has been a decrease in the number of applicants at IE who are company sponsored. “Because there have been many lay-offs and many restructurings, they [companies] are not as willing as before,” she adds.

Although the US economy has roared back with impressive growth this month, it is not felt in many parts of the country, according to Valerie.

She adds that prospective MBAs and employers have become more risk-averse. “During these uncertain economic times, potential candidates are less willing to take the risk and either leave jobs for full-time MBA programs, or pay for the education themselves,” Valerie says.

Many candidates will prefer to self-fund their degrees. Convincing an employer to pay for your MBA will most likely require a commitment to stay with the firm upon graduation. Yet most MBAs switch career paths after getting their degrees.

So, the majority have in recent years sought scholarships, rather than paying out of their own pocket – 62% to 10% in 2014, according to QS.

James says that it comes down to value proposition with an employer. He says: “Figure out the value that the employer will gain from your studies. I don't know your business or what's important to your employer or manager - but you do, and can tie that to how the MBA will add value for the company.”

For MBA candidates, then, the majority prefer other funding methods – but in light of more positive economic times, the tide is beginning to turn.

“It's always satisfying to hear from a student who has done this successfully,” adds James. “It's even more exciting to meet someone from their firm who raves about the value they're getting from the MBA education.” 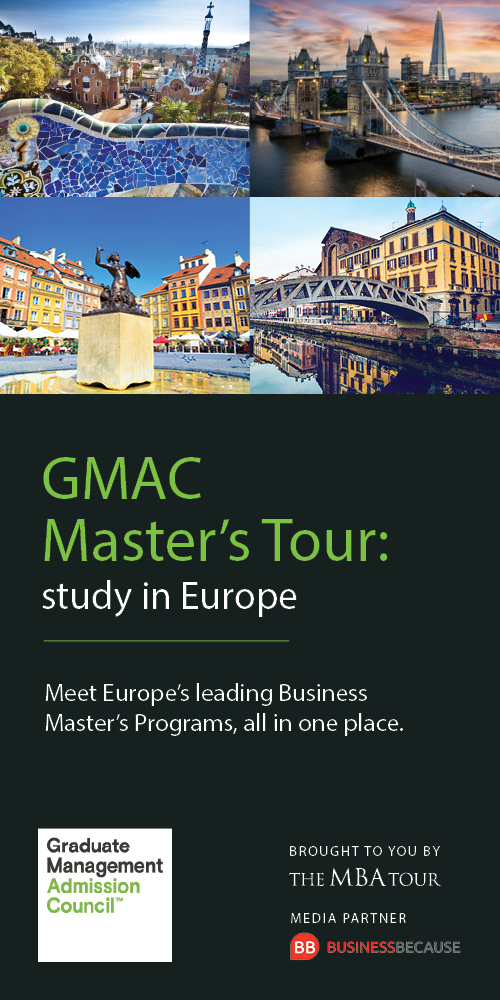