Entrepreneurship is at the core of the full-time MBA at IE Business School, where hundreds of students take their ideas through intense, five-week startup incubator programs each year

As summer rolls across Europe, it’s not just temperatures that are running high. At Spain’s IE Business School in Madrid, interest in the second of the year’s Start-Up Labs is already heating up, despite the Lab itself not starting until July.

IE's Start-Up Labs, which started in 2013, serve as incubators for student businesses throughout the year, offering guidance for IE’s aspiring entrepreneurs as they make their business ideas a reality.

As the associate director of IE’s International MBA program, Sugata Jain, explains, what’s unique about the startup incubator at IE is that it is not just an addendum to the core MBA curriculum: it is integrated seamlessly into the fabric of the program.

“Usually what other business schools have is a blended format where part of the time you’re working on your startup idea, but you’re [also] doing other courses,” Sugata explains.

This is not the case at IE. For the Start-Up Lab, students spend an entire term focusing solely on their entrepreneurial ideas, integrated into the broader curriculum through preparation courses that run throughout the year.

Indeed, students begin learning theories of entrepreneurship in their second term, ahead of what administrators call the “Lab period” in term three.

During this third term, students are divided into eight sections and instructed to peruse an online directory of everyone on the Start-Up Lab program. This directory functions as a “marketplace of ideas”, where like-minded entrepreneurial students can find one another and form teams based on video pitches they’ve uploaded to the site.

“It’s a self-directed process,” Sugata says. “We’re not telling them who they have to work with.”

Once teams have been formed, then begins the “mentor matchmaking” stage, during which a list of faculty mentors is released to the students. The teams are then encouraged to meet with different mentors and inform the Lab administrators ahead of the Lab start date which member of faculty they have picked to be their mentor.

Finally, it’s Lab time: five weeks of high-intensity work on the startup ideas that germinated in the previous term.

This year, 170 students participated in the IE Business School Start-Up Lab that finished on April 13th. 41 startups were launched, and around 15 ‘cross-sectors’ represented, with ideas spanning from blockchain businesses to craft beer enterprises.

“The students put 50% of their effort into classroom sessions, and the other 50% is something we call fundraising,” Sugata notes. “The classroom sessions are 14 modules, and all of them are directly applicable to what you’re going to do with your startup.”

Students are encouraged to choose and pursue the modules that are relevant to their business idea and apply what they learn in real time, while also attending five-to-seven one-hour mentoring sessions throughout the five-week period of the Lab. Every Friday, the teams attend a “Pitch Slam” in which they compete for virtual investment from panels of their peers.

During this process, Sugata says, the startups learn that it’s not just the effort that’s important—academic engagement is tracked in the main part of the MBA program—but the output: convincing the people sitting in front of you to invest in your idea.

“Students come out of the program after having seen how it is to respond in a simulated way [to these challenges], and at the same time having had pivoting or perishing decisions at least a couple of times during the Lab period. […] If they come out of it they survive; if they don’t come out of it, they learn something from it.”

In just three short years of the Lab’s activity, word has already spread about the success of the Labs and the innovative nature of the startups they produce.

“The whole ecosystem is eagerly waiting to see what the next bunch of teams that are coming in [will do], not just in IE but outside as well,” Sugata says.

“I’m planning the next Lab and already I have messages [coming in]. […] We have two investors who fly in and stay in Madrid the entire time because they want to spend time with the students.”

The future certainly looks bright for IE Business School entrepreneurs, with many of the Lab’s startups persisting after the end of the incubation—for example online networking tool Eqosis, set up by IE alumus Eli Harb, and iFeel, an online therapy company launched by Amir Kaplan. Meanwhile, other participants are landing jobs in industry-leading companies like Uber, Airbnb, and Google.

“Even if you don’t do a start-up [after you graduate], you can still apply that mindset in many different ways,” Sugata explains. “Find the right idea, the right team, the right time, then make it happen—think big!” 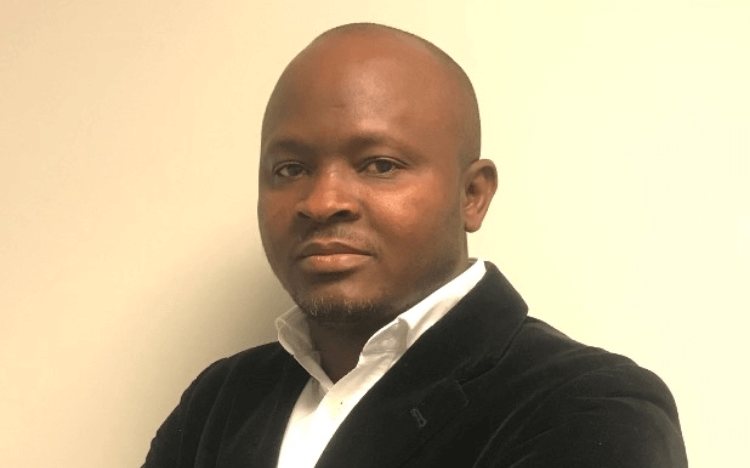