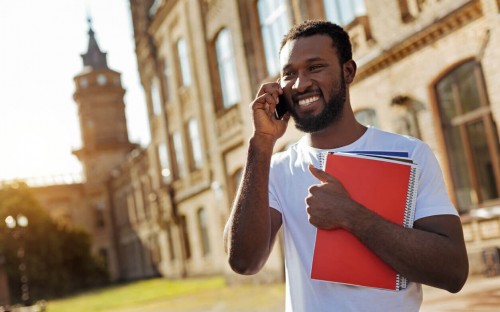 This investment comes from a number of leading financial institutions across the world, including Deutsche Bank, Goldman Sachs, and M&G Investments, who have provided $900 million.

For Cameron Stevens, INSEAD MBA grad and founder and CEO of Prodigy Finance, this large investment highlights how the company has grown since its launch in 2007.

‘We set out to prove and grow our borderless platform and this capital contribution demonstrates its success,’ Cameron said. ‘The financial services industry will become more global in its outlook and we are leading the charge as we scale our business.’

The company can support students from 150 countries at some of the top 100 business schools around the world. In an effort to scale up the business, Prodigy Finance is looking into ways to enable students from engineering backgrounds to access top-class education in the US.

In the 2016/17 academic year, there were over one million international students in the US, of which the most popular field of study was engineering (230,711 students), followed by business and management (200,754).

Engineering students are generally younger and less experienced—consequently, they’re also in greater need of the financial services that Prodigy Finance can provide.

And it’s STEM students that are also the most in-demand right now—in a Financial Times survey, MBA employers said technical skills like big data analysis were the hardest to recruit.

One of the students Prodigy Finance has already helped is Siddarth Gurnani.

Siddarth studied engineering at Georgia Tech and had worked as a consultant in New York before he decided an MBA was the next step for his career.

Despite having lived in the US for several years, he did not qualify for a federal loan to study for his MBA—so he turned to Prodigy Finance, who funded his MBA program at HEC Paris.

Siddarth featured in a report produced by Prodigy Finance which detailed the future plans for the company, which include exploring technology like blockchain. And with the $1 billion in financing Prodigy Finance has raised in the past year, they’ll be able to put their plans into action.

‘If you’re born and live in the US,’ Cameron said, ‘you will have greater choice and access to financial services and credit. However, if you’re born in Ghana and want to study abroad, you’re more likely to be unbanked. We’ve worked hard over the years to change this.’

‘Our global credit model has allowed us to help international students with limited or no funding options to gain access to life-changing opportunities,’ Cameron continued, ‘and become the next generation of leaders around the world.'