Economist MBA Ranking: Harvard, Stanford, and Wharton are out and there are plenty of surprises in the full-time MBA ranking © IESE Facebook

62 of the world’s best business schools—including Harvard, Stanford, and Wharton—are missing from the Economist MBA Ranking 2021. So which business schools have taken their place?

You should never take one MBA rankings table as fact. But when 62 of the world's best business schools, including Harvard, Wharton, and Stanford, don’t participate—as is the case for the Economist MBA Ranking 2021—you need to question its continued relevance.

The elite group of M7 business schools snubbed the Economist’s full-time MBA ranking this year as COVID-19 exacerbated a longer-term rankings fatigue felt by many schools. And it’s not just renowned US schools that are missing.

49 of the best business schools in the world were either ineligible or declined to participate this year, and a further 13 decided against surveying their students and alumni.

The absence of some of the biggest names in business education from this year’s Economist MBA ranking was good news for Europe though. IESE Business School topped the list of the world’s best full-time MBA programs in a top 10 split 50-50 between Europe and the US.

So IESE Business School in Spain offers the best full-time MBA program in the world according to the Economist. But how do they get there?

The broad areas on which programs are assessed are the creation of new career opportunities, personal development opportunities and educational experience, salary enhancement, and networking potential.

Each year the Economist surveys thousands of MBA students about why they decided to enrol on a full-time MBA program. The answers from current MBA students and a school’s most recent graduating MBA class make up 20% of the final tally. Students rate their school on things like faculty quality, facilities, and career services.

The remaining 80% comes from surveying schools on their graduates’ salaries, average GMAT scores, and the number of registered alumni.

Europe is represented further in the top 10 by SDA Bocconi School of Management in sixth, EDHEC Business School in seventh, and Switzerland’s IMD International Institute for Management Development in 10th. EDHEC and IMD climbed a whopping 25 places this year.

With big schools sitting this year out space was made for new US entrants into the top 10. Of the American schools represented, only the University of Michigan’s Ross School of Business was in the top 10 last time around. The school is ranked third this year, climbing six places.

In a ranking that has thrown up a lot of surprises there are huge rises for some schools this year. France’s ESSEC Business School has risen 45 places to 52nd place. North Carolina State University’s Poole College of Management has climbed 57 places to 36th.

Economist MBA Ranking: Who is missing?

With so many business schools declining to participate this year, you have to ask: Is the ranking worth anything to candidates?

An MBA ranking is supposed to offer business school candidates reassurance. They go to them for quality assurance. So when 62 institutions who'd usually be there are missing, the ranking becomes far less credible.

“With the entire US top brass and heavy hitters like London Business School and INSEAD declining to participate, it seems that the industry is sending a clear message about rankings fatigue. I personally struggle to see how this resource could in any way be meaningful to applicants,” said Pascal Michels, senior consultant and director of Menlo Coaching and former director of MBA admissions at IESE Business School, in a LinkedIn post.

Some of the business schools missing

The MBA rankings have been heavily disrupted by the COVID-19 pandemic. Bloomberg Businessweek suspended its ranking in 2020.

“The challenges associated with test centers closing and admissions processes changing to accommodate this made for a less quantitative decision-making model. It does not easily translate to the criteria forced by the ranking methodology," an admissions officer at one school not participating in any rankings told Kaplan.

As a result, the Economist’s MBA ranking has thrown up a lot of surprises inconsistent with previous years. The last time The Economist released its ranking, in 2019, there were only two European schools in the top 10, crowded out by America’s big hitters. Chicago Booth topped the ranking followed by Harvard. Neither feature this year.

With the Financial Times’ Global MBA Ranking due out in February, more surprises may be round the corner. Rankings in 2021 will likely throw up more anomalies and, when researching business schools, candidates should approach rankings with caution. 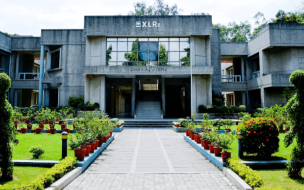