Applicant Bulletin: Interest In US Business Schools Down & New MBA Rankings Out This Month

US schools feel the pinch as international applications fall, and other news you need to know about this October

US business schools have seen a drop in applications for the fourth year in a row, according to GMAC

It’s October, and it’s not just the leaves that are changing! There’s change afoot at Cornell University’s SC Johnson Graduate School of Management, and this month sees new rankings released to shake things up as well.

We rounded up the key things you need to know about in October. Have a look below!

Applications to US business schools see a decline

The Graduate Management Admission Council (GMAC) released their annual Application Trends Survey Report at the beginning of this month—and its findings don’t look good for US business schools.

In the fourth straight year of declines for US schools, the average fall in applications was around 6.6%, even among top-ranking players like Harvard Business School, Wharton, Chicago Booth, Kellogg, and Columbia.

GMAC says this is mainly due to international MBA applicants turning their attentions instead to European, Canadian, and Asian programs—perhaps put off by the anti-immigrant rhetoric that has gained ground in political discourse in the United States.

Read: Now Even Harvard And Wharton Are Struggling To Attract International MBA Students

New rankings to look out for

The end of September also saw the release of the Top MBA rankings from Quacquarelli Symonds (QS).

Where Harvard, INSEAD, and HEC Paris took the top three positions in their 2018 rankings, the 2019 list sees Stanford take the top spot, with Harvard knocked into second place and the University of Pennsylvania’s Wharton School coming in third.

QS’s list—which is calculated according to employability, career outcomes, return on investment, salary increase, and more—is only one measure, however: for those looking for more points of comparison, the Economist and Forbes will be releasing their rankings later this month. Watch this space!

After the abrupt and unexplained resignation of Cornell Johnson’s dean since 2012, Soumitra Dutta, in January, it was announced at the beginning of this month that the school’s new dean will be economist and compensation and labor market scholar Kevin F Hallock.

Hallock has served as the dean of the Industrial and Labor Relations (ILR) School at Cornell for years, during which tenure he has led many new initiatives, including raising resources for investments in faculty and research at the school.

Beginning on December 15th and running until June 2024, Hallock will serve as dean of the business school, which is currently ranked at number 17 in the Financial Times’ global MBA rankings.

See also: McKinsey's Head Of Global Recruitment Tells You How To Get Hired

NDAs for MBAs: switching things up at Cornell

The deanship isn’t the only major change that’s occurring at Cornell Johnson.

Cornell students also recently passed a referendum on the topic of grade non-disclosure: the policy by which students are prohibited from revealing what grades and GPAs they’ve earned over the course of their degrees until they have been hired.

Wharton was the first adopter of such a policy in 1994, and most elite schools have since followed suit, with the major exception being Harvard Business School.

Cornell Johnson hope that the policy will encourage students to take risks and step outside their comfort zones in classes, without worrying about the impact that taking an unfamiliar elective could have on their GPAs. 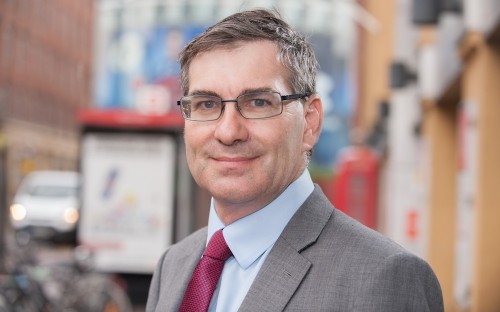