Home > News > Entrepreneurs > From HealthTech To The Internet Of Things, Startups Are Flourishing On The Lisbon MBA

From HealthTech To The Internet Of Things, Startups Are Flourishing On The Lisbon MBA

Google; Facebook; Microsoft. At first glance, it can seem like the world’s most productive startup scene begins and ends with Silicon Valley.

But there’s a whole wide world of entrepreneurship out there—and we’re willing to bet that many of the business leaders of the future won’t hail from California, but from diverse locations around the world.

One such location is Lisbon, Portugal. With a thriving startup hub feeding new enterprise in the city, The Lisbon MBA—the joint effort of Católica-Lisbon and Nova SBE universities—offers itself as a launch pad for entrepreneurs from around Portugal and the world at large.

One example of a recent startup that has emerged from the program is Internet of Things enterprise Mov.e. Founded by MBA alumni José Toscano, now the CEO (pictured right), Pedro Silva, and Pedro Corte Garcia, the company has gone from strength to strength since its creators graduated in 2017.

“During the MBA we started to become more entrepreneurial, mainly because of the course itself,” José explains. “It’s very focused on entrepreneurship—especially the part of the MBA where we went to MIT, where all our lessons and sessions were mainly about entrepreneurship.”

This was during the one-month immersion period at The Lisbon MBA’s partner school the Massachusetts Institute of Technology (MIT); during this period, MBAs get to learn from world-class professors at a Financial Times-ranked top 10 school, with great potential impact on their careers.

The Mov.e founders’ drive towards startups may have originated inside the classroom, but it was during the hands-on part of the course that it found its vehicle, so to speak.

Pedro Silva, now the COO of the company, took part in The Lisbon MBA’s summer internship program, taking up a position in international projects at EDP distribution, the largest electricity distributor in Portugal.

“I was actually there to study blockchain and how it helps the future challenges of electricity distribution,” Pedro recalls, “and during the study I came across a few problems they have [in this area].

“Basically, the three of us decided to grab one of these problems, and then we started the company from there.”

The result was Mov.e: a collective charging system and energy sharing platform that aims to make the charging of electrical cars easier, cheaper, and more accessible.

Mov.e uses a combination of a low-cost, adaptable smartplug and Internet of Things technology to allow electrical car drivers to charge their cars anywhere—not just at a few designated charging stations.

Having gained entrepreneurial ambition from their MIT immersion, and the idea for their business during the internship, the founders were ready to carry their startup forward into the final section of the degree.

This all meant that by the time the trio set out into the world of work, they already had a strong foundation for what has become Mov.e, and they would recommend the experience to others with similar ambitions.

“In Lisbon you’ve got two very dynamic ecosystems regarding startups,” says José. “If you’re an entrepreneur, you should take full advantage of it—speak with people and show your idea, because every time you expose your idea you get new input.”

The Mov.e founders weren’t the only aspiring entrepreneurs to benefit from this dynamic environment.

Another successful startup that has emerged in the wake of The Lisbon MBA is SkinSoul, a health and beauty company founded by 2016 grad Sofia Rocha.

Sofia came to the MBA from an unconventional background: having first studied design at Central St. Martins in London, she then gained medical qualifications from several universities before enrolling on the MBA.

“I didn’t apply to any other MBAs,” Sofia recalls. “I spoke to some colleagues who did it before—some from Portugal, some from abroad—and it was a really good course in terms of quality versus price.

“I thought, OK, this is perfect—it’s an international class, and it’s affordable, so I went straight for it!”

Sofia says that the most valuable thing that the MBA gave her was a broadened mindset. Coming from a background in design and medicine, she gained the business acumen that she needed to put her ideas into practice.

“It gave me the structure to [build] an enterprise from scratch,” she says. “So, when I was doing my proposal to Harvard for this project, I designed it in a way that meant I could jump into it straight away—that was surely [thanks to] The Lisbon MBA.”

It worked: Sofia won a research scholarship to Harvard University to develop the project, and SkinSoul has since been incubated at Singularity, NASA’s entrepreneurship hub.

Next, Sofia hopes to launch in countries around the world as well as the US and Portugal. Just like the founders at Mov.e, her sights have been set high by the course on The Lisbon MBA—and there’s every sign that they will achieve their goals. 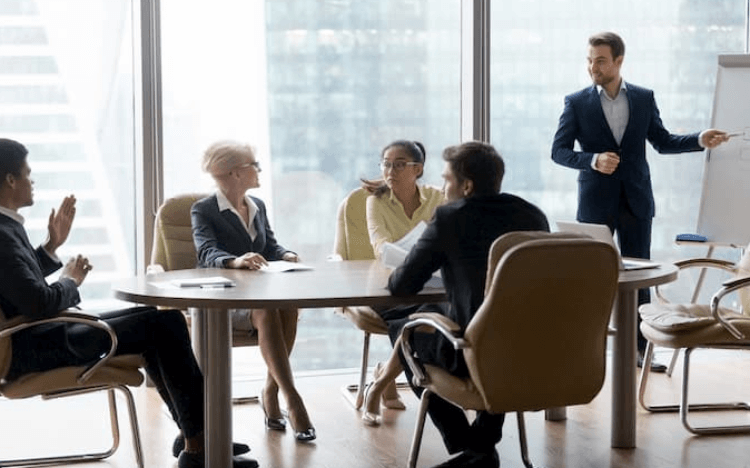 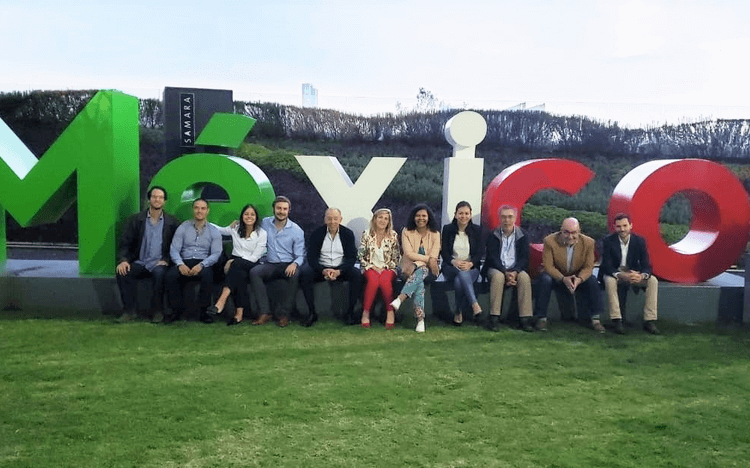 We Helped An FMCG Company Expand Into Mexico On Our MBA