How This MBA Graduate Went From Artist To Entrepreneur

In a perfectly decorated white room, contemporary Chinese and Indonesian art fills every wall. There are oil paintings, acrylics, abstract sculptures, mosaics, new-age photography and video—the masterworks of both established and emerging artists.

Art is big business in China—China accounted for 20% (over $11 billion) of global art market sales in 2016. Since completing her MBA, Felicia Guo—together with two former classmates from CKGSB—has run her own contemporary art gallery—Fang Gallery—in downtown Beijing.

Felicia also heads up her own art consultancy, advising corporates and collectors investing in art. From her native Indonesia, she’s expanded her art business empire internationally, showcasing her collection across major art exhibitions, from Singapore to Switzerland.

But, for Felicia, things haven’t always gone so smoothly.

Born in the 1980s in Jakarta, Indonesia, Felicia started painting at the age of 10. The youngest of four siblings, her family originally comes from Fujian, China, and she grew up with strong traditional Chinese values.

Her father ran his own business, but her mother, an artist, had the biggest influence on her. As the youngest in the family, Felicia would follow her mother everywhere—to art shows and exhibitions—and she was encouraged to pursue an art education.

As a teenager, Felicia moved from Indonesia to study oil painting at the China Central Academy of Fine Arts in Beijing.

“Although we learned and spoke Chinese growing up, when I came to study in China, it wasn’t easy,” Felicia recalls. “The weather was cold and dry—a lot of things were quite different. But, after a few years—even after I graduated—I didn’t want to go back to Jakarta.

“The Chinese in Indonesia are more traditional than the Chinese in China,” she explains. “In Indonesia, people have certain expectations regarding what you should do with your life. Especially for women, everything is set out for you—you’re expected to have a family.

“Life in China is more interesting; it’s more challenging for young people. You’re more free to explore different possibilities; you get to think creatively; and people are more supportive.”

Inspired, Felicia stayed in China for several years after her studies. She worked in a booming Chinese auction house—China leads the sales of art at open auctions globally—and completed an MA in Art Management until, persuaded by her family, she returned home to open an art gallery of her own.

“Ever since we were little, we were encouraged to work for ourselves,” Felicia continues. “There were not so many international companies in Indonesia back then, and my parents always said that starting your own company is better than working for someone else.”

For four years, Felicia ran a small art gallery in Jakarta, displaying works from Chinese and Indonesian artists, and working together with the national gallery of Indonesia. “My gallery was one of the only galleries in Jakarta whose owner actually studied art; the rest were either owned by collectors or housewives—it was unique!” she gleams.  But, she admits, with little management experience, she struggled to grow the business.

“I thought managing an art gallery was going to be easy. But I had no plan; nothing was well- organized or well-thought out. I spent money intuitively instead of having a budget.

“I basically had zero knowledge on the business-side. I was on my own running the gallery and, whenever I faced a problem, I had to solve it by myself.

“I soon realized I needed to know about more than just art to run an art gallery.”

Felicia’s focus on contemporary Chinese art, concentrated in Beijing, made CKGSB an obvious—and her only—choice of business school. In late 2014, she met with two MBA classmates: Jenny Dong and Tracy Ming.

She was an atypical MBA student; a lone artist in classes of ex-consultants and bankers. “I think I got more from the 14 months of the MBA program than any of my classmates. For me, everything was new!” she laughs.

“The MBA was a big turning point in my career, and a big challenge—I’ve grown grey hairs since CKGSB!” Felicia smiles. “But the way the professors conducted the classes made you want to get up every morning and attend. My classmates, the professors, the classes at CKGSB—everything about that place I miss.”

Like a painter’s palette, Felicia’s life has seen brushstroke go over brushstroke; different people and colorful experiences layering over the other, mixing together to form a complete piece.

Despite her successes, though, Felicia stays true to her roots. She’s close with her family. Just last summer, they traveled to Denmark together, joining a CKGSB overseas module and spending her birthday with former MBA classmates in Copenhagen.

“I believe we didn’t get to where we are because we’re lucky or smarter than others. We can’t take for granted the support from our family, friends, and the people around us,” Felicia muses.

Away from her family in Indonesia, she’s built up her own community in Beijing. Half the people she knows in China are former students from CKGSB.

“What I like most about China is that people here embrace diversity; they don’t expect others to act in the same way they do,” she says. “Even though I travel a lot, whenever I come back to Beijing, I feel like I’m home.” 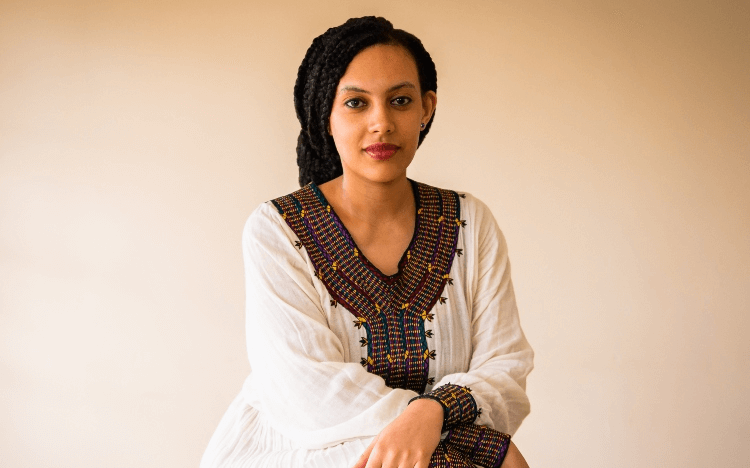