It doesn’t seem like an auspicious start to a banking career, working for a national bank at the height of a financial crisis, but when entrepreneur William McCahey looks back at his time at the National Australia Bank, that’s how he sees it.

William is the cofounder and COO of bnc10, a challenger bank in the style of Revolut and Monzo that is based out of Barcelona.

The road to entrepreneurship for him was a long one; one that started in traditional finance, but which was transformed by an MBA at IESE Business School.

Deciding to pursue an MBA

William was in capital management in the NAB treasury when the 2008 crisis hit. It’s a role which he describes in basic terms as overseeing all the money going in, and all the money going out. Naturally, as panic in the markets started to rise, so did his workload.

“It was a very interesting experience being on the management end of that,” he says. “It’s experience that you just can’t buy, and I was fortunate to have a job and work through that time.”

After a few years working for the bank in Australia, he took a secondment to a subsidiary bank in London, and that was where William’s career reached a turning point.

“It was only around a year into my secondment that the NAB announced that it was going to sell the subsidiary bank,” William recalls.

“It was a blessing and a curse—I was able to work on the sale of the subsidiary bank, but it also meant that my secondment would come to an end.”

He knew he didn’t want to leave Europe, so he started looking around for jobs in London.

However, he quickly realized that his options were limited. The only path available to him seemed to be to stay in traditional banking and get more specialized, but that just didn’t feel right.

“When I look back on it now, I was just itching for a new experience,” William muses. “I looked at all sorts of options, and I suppose when people look at changing career direction, the MBA comes at the top of that list.”

An early mentor once told William that the timing of an MBA was everything: too early, she said, and you won’t get the benefit of launching into your dream career. Too late, and you’ll miss the boat.

Finally, it seemed to William that he had reached the right moment: after several years at the same company, it was time to inject some excitement into his CV, and what better way to do that than to pivot with an MBA? He just needed to choose the right school.

It’s funny, given his new role at a challenger bank, that what initially sold William on IESE was its popularity among the big investment banks.

He didn’t want to stray too far from what he knew, and he found out from MBA fairs that the top tier investment banks all recruited at IESE.

However, once he started on the program, his horizons were blown wide open.

This is an essential skill for entrepreneurs, and indeed, William got to test out his new fearlessness as part of a few different entrepreneurial ventures.

“I set up a little wine distribution business with other students and got a bit of entrepreneurial flair going,” he recalls, “and I interned at Deposit Solutions GmbH when it was still really small.

“I worked directly for the CFO and the CEO there and helped them on their first acquisition, so that was my introduction to fintech.”

These opportunities to step out of his comfort zone in a supported environment were crucial in transforming his prospects post-graduation, as they enhanced his existing skills and experience and turned them toward a new objective.

“The MBA took the best parts of my prior experience and allowed me to apply those skills in a different way,” he agrees.

“It would have been very difficult for me with my previous CV to shift direction into the startup or fintech world—I wouldn’t be sitting here today if it wasn’t for the IESE MBA, that’s for sure.”

Reflecting on the turbulent circumstances of his early career from the helm of bnc10, William admits that the rollercoaster ride of entrepreneurship is not wholly unfamiliar.

“Being in that intense-pressure environment [in 2008] was an opportunity to learn—and it’s put me in good stead for what I do now, because over the last two years of watching this business grow I’ve been able to absorb that pressure,” he says.

However, the MBA was crucial into turning that talent into expertise.

As bnc10 grows, William is confident the skills he learned will help them maintain their challenge to the world of mainstream banking. 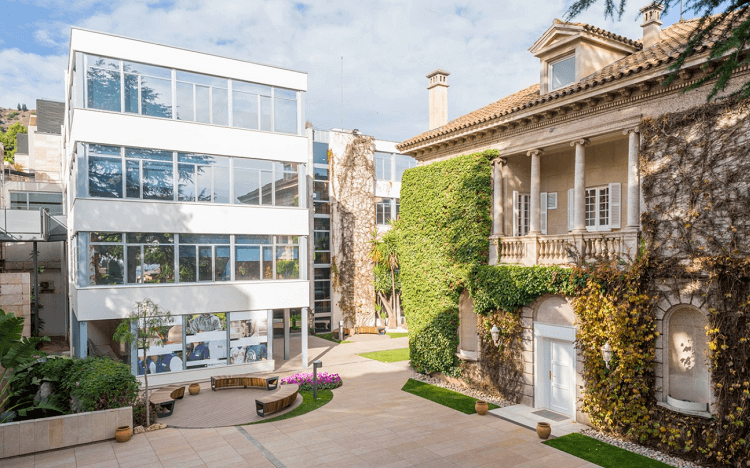