Copenhagen MBA Ranked Among The Best In The World For Women

Three years after graduating, women from Copenhagen’s MBA class of 2014 earned 27% more than their male counterparts from the same year, according to Financial Times’ latest MBA ranking

The Copenhagen MBA is among the top five MBA programs in Europe for women, according to the FT

The full-time MBA program at Copenhagen Business School has been ranked among the top-25 MBA programs in the world for women by the Financial Times. In the newspaper’s inaugural Top MBAs for Women ranking the program also placed among the top five in Europe.

The schools in the FT’s list were ranked based on the gender balance among students and faculty, the extent to which female graduates achieve their goals, and the difference in pay between male and female counterparts after three years.

The Copenhagen MBA ranks top of the pile when it comes to data on the gender pay gap—three years after graduating, Copenhagen's female MBAs from the class of 2014 earned on average 27% more than their male counterparts from the same year.

“I think if I was making my decision now, seeing that ranking would definitely have a positive impact on me,” says Helen Gaffney, a current MBA student at Copenhagen Business School, who relocated to Denmark with her husband after working for a private equity firm in London.

This year’s Copenhagen MBA class cohort is 41% female. You need a substantial number of female applicants to drive that figure—the Copenhagen MBA program is highly valued within the women in business community.

Khanya Vokwana, for example, was handpicked by the CEO of global bioscience company CHr. Hansen during her degree—she now holds a management position for the company in Denmark.

The Copenhagen MBA is made up of students from a plethora of nationalities, industry backgrounds, and cultures. That translates into a community from which students learn to appreciate an array of different opinions.

Helen adds that there is strong diversity among the faculty too—indeed, Birthe Larsen, associate dean for the full-time MBA program at the school, is one example of how that mentality stretches through all levels of staff at Copenhagen Business School.

As the fight for gender equality flourishes in 2018, Helen says diversity is something she would expect to see at business school. “If it wasn’t there it would be a surprise,” she says.

Although a 50/50 gender split isn’t yet the norm in business schools, it’s something Helen hopes will soon become the expectation. “It’s nice to feel you’re somewhere that is ahead of the curve,” she adds, “it speaks to the authenticity of the approach [here]. It’s not just a one-off to find a balance of females on the MBA, it’s indicative of the approach of Copenhagen Business School.”

All of this makes a change for Helen, who before her MBA worked in the male-dominated finance industry in London. “I haven’t been too bothered by that,” she explains. “Once you’re in a team people behave like human beings, but it’s nice to come somewhere where the starting position is equal in terms of representation.”

After her MBA, Helen hopes to remain in Denmark, but remain within the financial industry. Indeed, one of the appeals of the Copenhagen MBA is the opportunity to launch careers in Scandinavia after graduating—the school’s 1,400-strong MBA alumni network is the largest in Scandinavia and opens a wealth of career networking opportunities for students.

Fatima Dhaif, admissions manager for the Copenhagen MBA, says that the school’s location plays a big role in attracting female business talent to the program.

“Judging by the motivations [for enrolling on the Copenhagen MBA] mentioned by female applicants, the Scandinavian business culture—with its emphasis on work-life balance and its non-hierarchical management style—is a major drawcard.”

9 Of The Best STEM-Designated Masters In Business Analytics 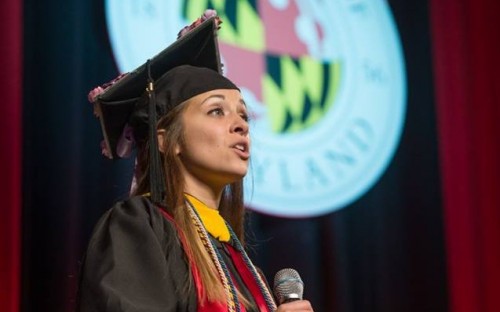