Home > News > Hear From Business Schools > Deal Or No Deal? What Can MBA Students Learn From Brexit?


Deal Or No Deal? What Can MBA Students Learn From Brexit?

Michael Dickmann, a professor at Cranfield School of Management, says MBA students can learn a lot from the Brexit debacle

What can MBAs learn from Brexit? How will it help them in their careers post-exit?

With all the uproar in parliament this week around the Brexit white paper and what a no-deal exit could mean for British businesses, it’s a foggy future ahead for the UK’s relationship with the EU.

In this shifting landscape, how are business schools in the UK preparing their students for every eventuality—and are they worried about the future?

Michael Dickmann, a professor of international HR management at Cranfield School of Management, admits that the Brexit negotiations’ lack of resolution is troubling to industry experts and business education professionals alike.

“Brexit is a huge challenge—not just for the political party executing it, but for the UK economy,” he says. “Approximately 44% of all the UK’s exports go to the EU, and a large chunk of its imports, too.”

Cranfield has a long history of close connections with industry and Michael, originally from Germany, says that many of the school’s business partners have expressed their apprehension of the exit.

“We work a lot with industries, and a lot with non-UK companies,” he says. “They are concerned about it—they find it hard to understand the Brexit decision because, from a purely economic point of view, they’re saying that this cannot make sense.”

However, there are learning opportunities available in the Brexit chaos, if MBAs are prepared to look for them—for instance, about leadership.

When asked what he thinks his MBA students could learn about leadership from Theresa May, Michael chuckles. “If I concentrate on some of the good elements, I think the recent weeks have shown a tenacity and resilience, and that’s good for leaders,” he says.

“But that tenacity and resilience often need to be paired with some sort of positive vision that people can identify with—that’s a hard one at this stage.”

Michael explains that much of the Brexit deal relies on a transactional model of leadership and compromise, which is made even more challenging because of May’s placement within a mire of competing political interests.

“Whenever she makes a compromise, she might move away from the other polar point, and that makes it hard—what she would have needed instead is transformational leadership, and an attractive vision to present to the public.”

A case study in uncertainty

A transformational approach to achieving an attractive outcome—this is the key to a successful negotiation, but Michael recognizes that this is much easier said than done with Brexit.

“At this stage, there’s so much uncertainty, and we don’t know a way forward,” he says. “It’s an exciting time. Looking at the news, there is something to be talked about every day here because it’s such a fluid situation.”

MBA students can look at the Brexit negotiations as a live case study in change management and how to lead in an unstable business environment. Many of the issues that arise in UK political news reflect the principles that Michael has been teaching on the MBA at Cranfield School of Management, as well as in his role as director of the school’s Master’s in Management program.

“In industry, what happens normally as a result of uncertainty is organizations centralizing decision-making and installing further control mechanisms,” Michael says. “For example, if your business were in trouble, your financial director would start signing off all small purchases.

“That’s actually quite difficult in the Conservative Party, because elected members of parliament represent constituencies, rather than just being party members.”

The result of this is what we see on the news today: a lack of a coherent vision and a standstill in overall decision-making.

For MBAs who want to avoid such a standstill in their own careers, the Cranfield MBA program includes core courses on organizational behavior—covering politics and organizational change—as well as two modules on challenges for leaders, which focus on global forces influencing changes in business.

“Other than that, we have modules on entrepreneurship—one of the positive sides of Brexit may mean a need for new businesses,” says Michael.

Although he personally doesn’t believe that the potential positive outcomes of Brexit are tremendous, Michael cautions business school applicants against losing heart in a UK MBA: “In German, we have a saying—‘Nothing is ever eaten as hot as it is cooked.’

“For our students, there are countries that trade well with the UK, like the US or Australia, so it’s about understanding what we can learn from these successful organizations that do not have preferential access through the EU.”

Although no MBA can prepare students totally for the outcome of the Brexit negotiations, the MBA at Cranfield School of Management shows that there is much still to be gained from a degree in the UK. 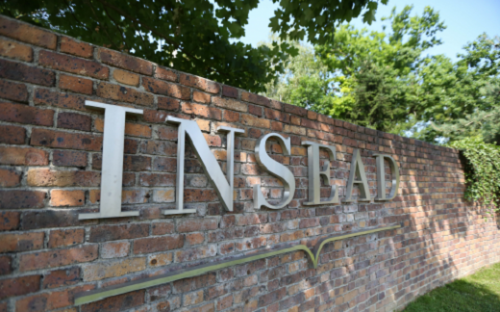