You Read Playboy For The Business Insights, Right?

Meet IE Business School’s star professor, David Bach, and find out why he thinks business students can learn a lot from the Playboy Indonesia case study. 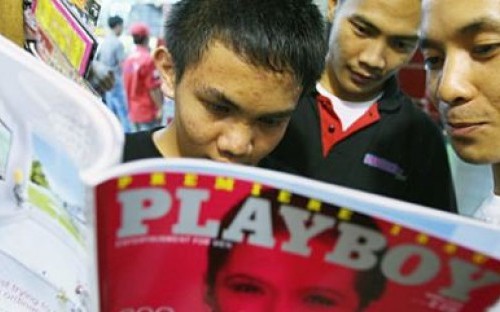 David Bach, who has a PhD in political science from Berkley, teaches how politics, globalisation and society affect business at IE Business School.

David Bach teaches ‘Strategy and Economic Environment’ and ‘Business, Government and Society’ at IE Business School, and was recently named one of the 40 best business professors below the age of 40 by US b-school website Poets&Quants.

Playboy’s Indonesia, which launched in 2006, was the first edition of the US magazine in a Muslim country. The magazine was withdrawn amid widespread moral opprobrium. Bach points out, the rage Playboy provoked in some quarters of society was not so much because of its content – which was tame compared to local, widely available pornography – but because the magazine represents American culture and values.

In this video, Bach explains what makes a good case study, how he chooses the case studies he develops with his students, and what lessons can be learned from the Playboy Indonesia case.

Click here, to read more about Burkas and Bikinis: Playboy in Indonesia.

great choice for a case study! must have been fun to research