Picture this: you’re in a sales position you love, at a small tech start-up in New York City. You work in a close-knit team of 15 people and report directly to the CEO of the company, and there are ample opportunities for career progression ahead of you.

So why would you undertake an MBA on the other side of the world?

That’s exactly what Canadian Michael Pelosi did when he left a leadership role at market research company Crowdtap (now Suzy), to pursue an MBA at HKUST Business School in Hong Kong.

“I was going to go back to Toronto, Canada, so I could start the second chapter of my life—the settle down, get married, have kids part,” Michael recalls. “And I thought, before I do that, [an MBA] is a great opportunity to embark on a unique experience. I didn’t think I’d have the window to do that again once I settled down.”

Michael immediately ruled out North American business schools from his application list, wanting to experience a different business culture to the one he’d been exposed to in the US and Canada. When it came to choosing a program, he applied to only one: the full-time MBA at HKUST.

“I noticed that the economy in China is growing at an incredible pace,” he explains. “I [then] looked at [the] schools with the best reputations, and HKUST is frequently ranked as one of the best schools here.

“Combine that with the fact that it’s in Hong Kong—which is a great city and very ex-pat friendly because the language barrier is less severe—and it was an incredible decision; it’s been amazing.”

Michael explains that by going into the HKUST MBA later in his career, he not only has the confidence of 10 years work experience behind him, but the financial security to stem the anxiety over debt that plagues many MBA students, which allows him to take advantage of HKUST's great location and networking opportunities.

At the end of February, HKUST Business School sent Michael and a group of his classmates to a case competition at the University of Southern California’s Marshall School of Business, which they won.

Coming into contact with teams from other schools around the world, Michael says he was struck by the authentic diversity of his own team in terms of gender and nationality, compared to many of the others. He also credits HKUST’s Enhancing Professional Skills (EPS) program for giving his team the tools to win.

“It’s a boot camp where for 12 hours a day you work with a team and you learn to present for different elements of a project—from the financials, to the marketing plan, the strategy component, and presentation skills in general,” Michael explains.

“There were a lot of things the judges complimented us on that we thought every school was doing—that attests to [the EPS] program in particular but also the diversity of the school in general: you get really different thinking.”

Michael is president of the Sales Club at HKUST which has just run an interview competition, judged by global executives from Microsoft, Bain, and Walmart China. He’s also visited Laos, PyeongChang for the recent Winter Olympics, and Vietnam since the start of his MBA.

“[Now,] when I’m having a conversation [with a prospective employer], I’ll be able to say, ‘Listen: I have an MBA from HKUST, and I’m not telling you that to impress you because I know how to do a decision tree. I am telling you that because I have a more global perspective as a result’.”

After his MBA, Michael aims to move from startups to work for a larger tech company. The HKUST MBA program—ranked in the top-15 of the Financial Times’ Global MBA Rankings for nine consecutive years—has given Michael the management skills and global perspective he believes will help take his career to the next level.

His advice to those considering an MBA at HKUST Business School is simply to seize the opportunity and invest as much as they can into it, particularly if they’re at an advanced stage in a career they love.

“This is an opportunity that you most likely will never have again,” he says. “You get to bond with a group of 130 people from all over the world, experience a new culture and everything around it. Don’t limit yourself!”

The MBA Entrepreneur Who Is Changing Winemaking Through Technology 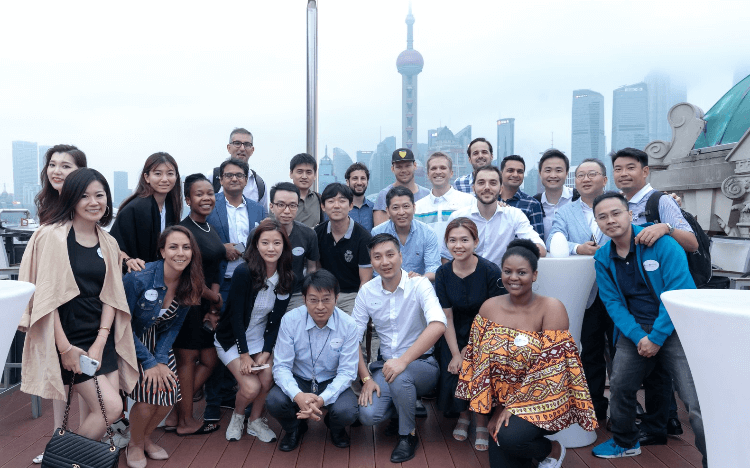