Here's Why Harvard Business School Is Betting On Big Data, The Internet Of Things

Harvard Business School has struck an $8.4 million deal with Tata Group to harness the power of robotics, big data and the “Internet of things”.

Harvard University is betting that it can accelerate the development of novel technologies and create a future generation of entrepreneurial leaders. It will enter joint research with Tata focused on how to monetize robotics, wearable technologies and the IoT — connected devices. The market for the IoT alone is forecast by IDC to surge to $1.7 trillion by 2020.

It marks the latest thrust into the market for digital technologies by the elite business school. Last year, HBS launched a slew of new programs to help executives adapt their business models in the face of digital disruption. HBS is even teaching its MBAs how to commercialize and manage the latest hot technologies, including artificial intelligence and robotics.

Under the deal, Tata leaders will also spend up to a year in a HBS executive education program to gain the educational foundation needed to foster “intrapreneurship” within the sprawling Indian conglomerate, and to spot money-spinning research. Harvard is a global leader in research excellence in engineering and science, ranked no 3 in the US by Forbes, with total R&D expenditure at around $930,000 per annum.

For Tata, it’s one of a range of academic partnerships launched this week — with Yale University, the Indian Institute of Technology, Madras and the Royal Society — worth more than $25 million.

Corporations are increasingly harnessing the power of data and machines to glean intelligence on their operations. However, this so-called “fourth industrial revolution”, in which a throng of technologies are driving widespread change across industries, demands a different set of cross-disciplinary leadership skills.

“This initiative will harness the power of research that crosses traditional academic boundaries, leading to more rapid discovery and the development of new products and services,” added Harvard provost Alan M Garber.

The six-year agreement will energize Harvard’s Office of Technology Development, which helps commercialize cutting-edge research in schools across the university. Tata Fellows will collaborate directly with Harvard researchers to develop a monetization plan for any technologies that may arise from the funded projects.

Tech transfer has been big business for elite schools. In 2014, US universities produced 965 new commercial products and 914 new start-ups, which contributed to $28 billion in sales revenue, according to the latest data from the Association of University Technology Managers. 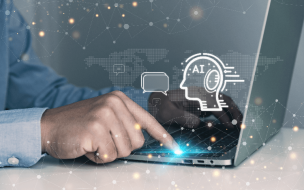 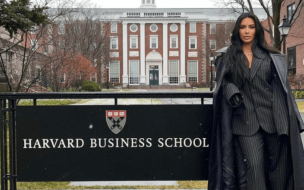 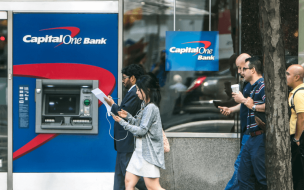 Job Cuts Continue As Capital One Lays Off 1,100 Technology Staff