What Can MBAs Learn About Leadership From Facebook & Cambridge Analytica?

Should Mark Zuckerberg have responded sooner? Probably. MBA students need to know how to act in a time of crisis

The ubiquity of social media makes it nigh on impossible to hide from the public. For the first half of this week though, one man did an excellent job.

But the fun and games that accompanied ‘Where’s Zuckerberg?’ are over. Yesterday, the CEO of the social media behemoth spoke out against the “breach of trust” that accompanied the data harvesting of 50 million profiles from the site.

The data was taken by a third-party source, and given to data analytics company Cambridge Analytica, who have been accused of using that data to influence elections around the world.

When I spoke to associate professor of leadership, and the course director for the Executive MBA program at Warwick Business School, Dimitrios Spyridonidis, on Wednesday morning, he correctly predicted that “a fast and honest response” was imminent.

But, by looking at the response of Mark Zuckerberg in light of this week’s revelations, what can MBA students learn about the intimate nature of leading during a time of institutional scandal?

“First and foremost, [they] need to understand the need for corporate accountability,” Dimitrios said, “it’s about transparency and social responsibility.”

Leadership, he explained, is not about the individual in charge, it is about how they relate to their followers; to their clients.

Social media seamlessly connects those clients across the globe. The consequence is that when the rumour mill begins to blow the flames of scandal across platforms like Facebook and Twitter, the court of public opinion is quick to judge. It takes a lot longer for that judgement to subside.

“What this scandal shows is the way organizations do business is changing,” Dimitrios explained. “The problem is that most MBA students that come to us tend to use models of leadership from the past. We need to think of leadership in a new way.”

It is imperative for tech companies and the CEOs who lead them to become more open, but at the same time they need to guarantee their customers increased security regarding their personal data: the transparency paradox.

Speaking to me from the Copenhagen Business School campus, professor of strategic and international management, Louise Mors, added that this is one of the most significant changes to the way senior management needs to act in today's business world.

“If you go back 20 years, managers, and particularly CEOs, were able to make decisions much more independently,” she said, “now, managers are under increasing pressures. They are no longer making decisions in a vacuum.”

For Louise, although Mark Zuckerberg came out and publicly commented on the issue, from a leadership position it was more important that he reassured his employees internally that a statement would be made.

“It’s important [to do that],” she explained. “Otherwise, you create a lot of uncertainty inside the organization. That absence is very damaging internally.”

Louise teaches her students that being a CEO is about perfecting the organizational environment so that the structure is in place with regards to the people you choose to employ, the culture they work within, and the incentives that motivate them.

“When something like this happens, employees look to the senior management for guidance. What he could have done internally is say, ‘I can’t comment because of legal implications, but we are dealing with this.’”

An example of senior leadership taking the reins to quell impending crisis can be seen in a case study Louise uses with her students. A few years ago, one of Danish oil company Maersk's ships hit a whale at sea, which was trapped on the front of the ship when it was coming into port.

The company realized that if a member of the public was to catch wind of this and share an image on social media, the fallout would be drastic.

Instead, they took their own photo, and shared it, acknowledging it as erroneous. “Of course, the Greenpeace posts and the negative publicity was going to come anyway,” said Louise, “but instead of trying to hide it, they were transparent, agreeing that [it was] terrible, and looking how to avoid it happening again.”

The speed at which information can surface and spread means the time frame for this kind of response is shrinking. Honesty and transparency are the best form of defence, and perhaps Mark Zuckerberg should have come out and commented sooner.

Time will tell how badly the fallout from the latest data breach scandal affects Facebook. But, one thing is for sure, public opinion is being shaped quicker than ever before and, once it has been, no amount of honesty and transparency is guaranteed to change that. 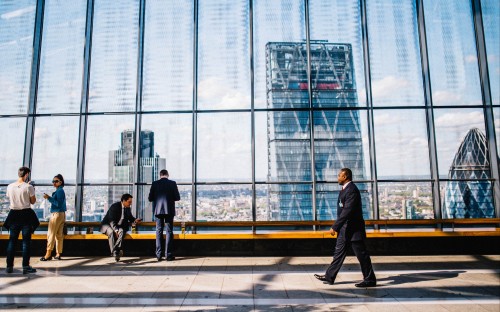