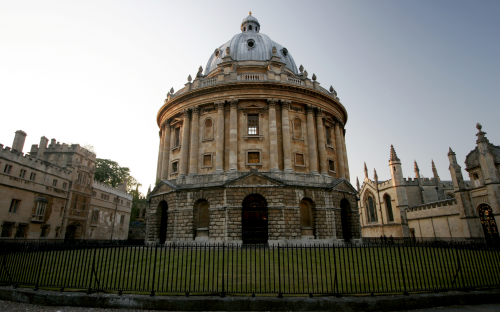 The announcement marks the latest of a long thread of initiatives to recruit more women leaders into top MBA programs.

The Oxford-Chando Scholarship for Women will be awarded to female applicants to the Oxford MBA in the next two academic years, providing “partial funding”.

Peter Tufano, dean of Oxford Saïd, said the funding seeks to “attract the brightest and best women from China” who will be able to “transfer the knowledge and skills they gain through their study back to their country for the benefit of Chinese society”.

Tina Xiyu Ma, who has been awarded one of the first batch of scholarships, came from a small town in China and worked as a trading executive in Beijing.

The scholarship will enable her to “take the first step towards my goal of starting my own asset management company in China, focusing on the commodity market”, she said.

Chunying Zheng, chairman of Jala Group, said the company’s brand CHANDO had partnered Oxford Saïd to create opportunities for excellent Chinese women to develop a global vision. “We believe this will be a defining experience in their lives,” he said.

He added: “Jala Group has always been devoted to one mission: beauty for all Chinese women. We hope that we not only help them be beautiful in appearance, but more importantly be intelligent in mind.”

The tie-up is one of many between corporations and universities, as business strives to diversify. Banks including Lloyds, Morgan Stanley, BofA Merrill Lynch and Deutsche Bank offer funding for women to study MBAs. Consultancy firms including Deloitte and BCG also support female MBAs at select schools.

Scholarships are seen as one route to improving diversity at top business schools. Schools say by boosting the number of women in their programs, they can contribute to closing the gender divide in the top ranks of business: a recent survey from McKinsey & Company, the consultancy, and LeanIn.Org found women make up just 17% of the executive suite.

Oxford Saïd is also one of a bevy of b-schools that work with the 30% Club, which campaigns to get 30% female boardroom representation, to provide funding and support for women to study for MBAs.

The Judge Business School at Cambridge University, London Business School, Imperial College and Henley all offer scholarships with the 30% Club. “This is critical in helping women to gain the wider strategic perspective and confidence they need to move into very senior roles,” said Ginny Gibson, deputy dean at Henley Business School.

Other schemes include Harvard Business School’s recently launched Gender Initiative, while MIT Sloan has been hosting women-specific recruiting events on its campus this year.

Progress has been made: at Tuck School of Business and Chicago’s Booth School this year, both increased enrolment of women into the MBA to 42%.

Sucheta Nadkarni, sinyi professor of Chinese management at Cambridge Judge, said that business schools can play a big role in making managers aware of unconscious bias, which can hold women back in the workplace.

“Business schools are in a good position to inject years of rigorous research findings to help companies understand the complexities and nuances of this issue,” she said.