Home > News > Mba Degree > Networking, Leadership, Strategy: How B-School Can Boost Your Career No Matter What Stage You’re At

Networking, Leadership, Strategy: How B-School Can Boost Your Career No Matter What Stage You’re At

The EDHEC MBA is a 10 month full time program taught in English with over 30 nationalities.

Whether you’re a leader of tomorrow or an established professional, business school is a prime environment to cultivate your skill set and move up to the next level in your career.

Shantanu Tikadar (pictured below, right) is a current MBA student at France’s EDHEC Business School, and he’s been enthused by his professional peers on the course and the network he is cultivating.

Though his approach is sometimes questioned by his more senior classmates, he’s a valued member of the cohort.

“I’m a bit of a nerd,” Shantanu confesses. “Before class, I brief my classmates on the readings with summaries and explanations. They all say I need to get out more!” he laughs.

At 26, Shantanu is one of the younger MBA students in his class. He’s from India, has a background in law with experience in marketing, and knew that to hone his business acumen and expand his knowledge in other fields, he needed a degree that would be hands-on as well as academic.

He initially began on the apprenticeship track of the Masters in Management at EDHEC but hit rocky waters when French visa laws changed, threatening his ability to remain at the school. EDHEC, seeing his potential, fast-tracked him onto EDHEC’s flagship 10-month MBA program.

Now in his element, he cites the diversity and age range across not only the MBA but the school in general as one of the best aspects of his education.

Indeed, EDHEC Business School offers an MBA classroom with over 30 nationalities, 33% women, and a diversity of professional experiences ranging from three years to over 20.

While core courses such as Marketing Management and e-Marketing have allowed Shantanu to build on knowledge he already had, other modules such as Global Macroeconomics and Big Data & Artificial Intelligence are enhancing his knowledge.

More than the theory, Shantanu explains that he’s thriving off the practical know-how he’s gleaning from his more senior peers.

“I’m not 100% sure what job I want post-MBA, but I do know that I want it to capitalize on soft skills and teamwork as these have been aspects of the program that I have really enjoyed.”

Using a network to build a career

The network at EDHEC Business School has helped many graduates succeed post-graduation—and not just on the MBA.

Leila Belhaj (pictured below, right) is an EDHEC graduate who also wanted to use graduate management education to broaden her global perspective and pivot her career. She graduated as an Executive MBA in 2017 and chose EDHEC because of its reputation—the program is ranked in the top 10 in Europe by The Economist.

Like Shantanu, Leila identifies teamwork with her peers as one of her favorite aspects of the program. It is through these practical group activities that she says she really learned from her classmates.

As part of the EMBA at EDHEC Business School, Leila went on global business trips to Shanghai and Mumbai.

“It was great because we had the opportunity to meet senior professionals in French multinational companies. We discussed their business models and how they managed to adapt their activities to the country, and the new markets they were in,” she explains.

Leila used this experience when developing her own startup project; a mobile app called SSSSalut. Released earlier this year, SSSSalut connects those growing their own fruit and vegetables with others who want to buy or exchange excess produce.

Leila explains that what helped her the most when developing her business was advice from her EMBA peers, alongside the strategic analysis core module with professor Denis Dauchy. As part of the course, Leila analyzed the business models of companies like Google, LinkedIn, Zara, and Tesla.

“I learned so much from working to understand the vision behind these companies’ success, which has developed my strategic approach to running SSSSalut,” she says.

“At the end of the EMBA, I had a full understanding of all the aspects that go into a running a company and was confident to start my own.” 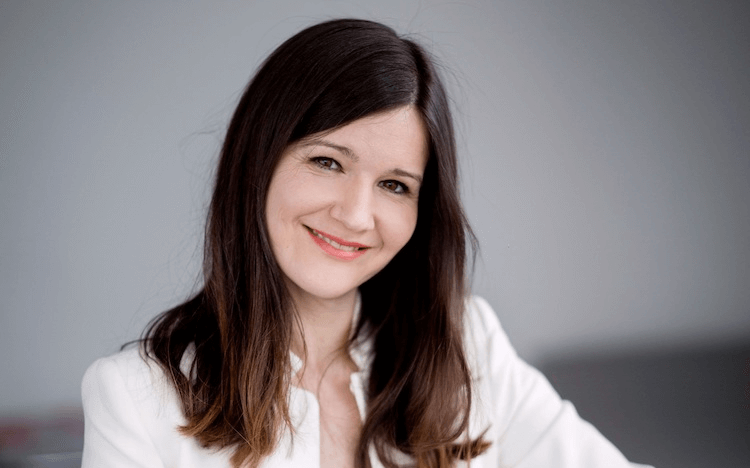