The Business School Fighting Back Against ‘Irresponsible’ Business

Ian Thomson, director of Birmingham Business School’s Centre for Responsible Business, says more business leaders have to learn how to say ‘no’

Greta Thunberg, the 16-year-old Swedish climate activist who last year called out the adults in the room at the UN’s Climate Change Conference, condemned world leaders for leaving the burden of climate change to the children. “You are not mature enough to tell it like it is,” she scorned.

Since then, children worldwide have joined what is known as the Friday’s for Future movement, where they skip school in protest at inadequate action on climate change—the first wave landed in the UK on February 15th.

Their issue is with the inadequacy of government to call a climate crisis. Increasingly, if politics cannot be relied on, business must take up the mantel.

There is a dynamic shift occurring in the world of business education, one that demands ethical and responsible leadership, promoting business as a force for good. Indeed, the Financial Times Global MBA Ranking 2019 for the first time included a new rating metric around corporate social responsibility.

The Centre for Responsible Business was officially opened in October 2018, with £2.5 million ($3.3 million) external funding by Lloyds for a five-year project building the capacity for responsible business transformation.

“The basic problem is we are in a situation where businesses are perceived, quite often correctly, as irresponsible, and the leadership in business has been extremely problematic, and has led to [them] contributing to much of our unsustainability,” Ian laments.

At Birmingham Business School, Ian says they are changing the content of the Executive MBA, for example, trying to integrate aspects of responsible business across the board.

It’s about getting people to think more about the consequences of the decisions they are making. If you change supplier, is that ultimately a good, or bad thing? The decision, asserts Ian, should not be based solely on cost.

Responsible business scholarships are available for Executive MBAs at Birmingham Business School, which cover up to 50% of tuition costs.

All students who apply to the program, and receive an offer to study, are eligible to apply for a Responsible Business scholarship. The scholarships will be awarded to those who write the best case focusing on problems they’d resolve related to irresponsible business as a consequence of them doing the course.

That could be enhancing diversity and inclusion, changing career to set up a social enterprise, or building a new business model to change the strategy of organizations towards responsible business.

What do you need to know?

Going forward, Ian says executives need agility to adapt to the shift towards responsible business; to look at a company and reflect on what it does good and what it does badly, but to also have the resilience to completely change tack and say ‘no’ to working for an organization marinated in irresponsibility.

“The phrase is intelligent risk taking,” Ian explains, “look at all the business leaders of previous years and none of them followed the rules.”

You also need moral resilience. Ian uses the analogy of driving along a motorway, wanting to be environmentally friendly, but everyone around you is driving at 85 or 90 miles per hour. You decide to break principle and go along with them. How in an organization do you have the moral courage and resilience to say, ‘you’re all doing the wrong thing’?

It doesn’t work to have a single lane for those wanting to drive responsibly, it involves all the lanes changing their mentality.

One of the biggest challenges to business schools, thinks Ian, is teaching that across the board. “You need to get rid of the bad stuff,” he says, “if we are going to be responsible let’s look at the nuts and bolts of the basics, and not teach the irresponsible stuff.”

Birmingham Business School are moving away from what too many schools have been doing for years, Ian adds; going with what they’ve been teaching for decades and then adding on a bit of icing in the form of green marketing or green accounting.

Instead, schools have to remake what they’ve been teaching people to prepare them for the next 10-to-20 years.

“If you want to be a leader you don’t need to look at what’s happening now, you need to be thinking one or two steps ahead of where average practice is, and that’s what we’re doing.”

More about University of Birmingham MBA: 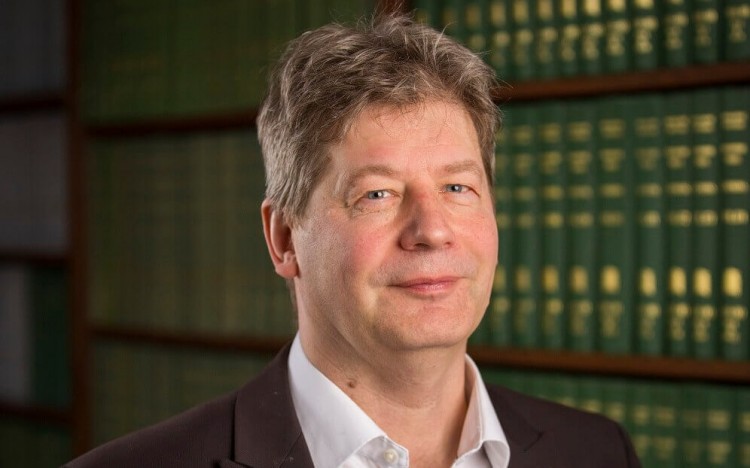