Celebrating its 10th anniversary in 2019, the annual Hult Prize puts the world’s best entrepreneurial minds to the test

Dubbed the ‘Nobel Prize for students’, the Hult Prize, sponsored by Hult International Business School, began as a simple idea by Ahmad Ashkar in 2009. As an innovative MBA student, he wanted to put some of the world’s brightest entrepreneurial minds to the test, using business to tackle some of the world’s most critical social issues.

Each year, the prize uses the United Nations Sustainable Development Goals as a blueprint—previous years have tackled the refugee crisis and energy poverty. Now celebrating its 10th anniversary year, students have been tasked with creating a venture that provides meaningful work for 10,000 youths in the next decade.

Entrants compete in a series of rounds, with the goal of making it to an eight-week incubator in the summer, hosted at Hult’s Ashridge Estate campus—formerly a royal residence for Henry VIII.

Finalists live and work there to develop their ideas, before a final six are selected to pitch at the United Nations for the chance to win $1 million dollars in prize money.

Mara is a member of the Ariela for Africa team, a venture that won the London internal competition of the Hult Prize and is in the regional finals. Ariela for Africa focuses on reducing youth unemployment in African countries by using businesses and startups to empower a generation of entrepreneurs.

“I know that being part of the school will already give me that credibility and that sense of mentorship to actually excel in the Hult Prize,” she explains. “The professors are very big on that and they will help you on that pathway.”

During her time at the school, Mara was able to meet and interact with like-minded people from similar backgrounds, meeting her teammate and CEO of Ariela in the classroom when they were put together for group work.

“After being in this school with so many entrepreneurial minds, it just rekindled that fire within me,” she continues. The Ariela for Africa team is made up of four women from Africa and Asia, who found unity in their life experiences before studying at Hult International Business School.

“We all have this background where there is a sense of disconnection within society. There is a lack of trust between government, organizations, and citizens themselves,” Mara says.

Together, they combined their personal experiences to drive social change. Mara admits that she screamed with joy upon finding out this year’s Hult Prize challenge: “Out of the millions of social enterprises that could have come up, it was this one,” she smiles.

More than a competition

The Hult Prize pushes thousands of business minded students to turn their ideas into a reality, something that makes for an experience beyond any business school classroom. Mara and her team plan to continue working on their venture regardless of the competition’s outcome.

“We are that dedicated to launching this business,” she says. “We have connections with the Kenyan government and have been forming various entities in that sense.”

Even for those who do not go all the way to the million-dollar prize, the competition allows competitors to apply theoretical skills in a practical way. Many former entrants have continued to invest in their own companies or gone on to pursue other careers in social entrepreneurship.

“It has built my personal and professional development.”

Her sentiments are echoed by Shara Cabrera, a competitor from Boston as part of team Inteliskills and fellow Hult International Business School student.

Shara made it to the final four on the Boston campus competition day. She admits that before attending the school, she had considered her entrepreneurial ideas on “a mostly national space,” but that the prize had encouraged her to engage with a global audience.

“When building a business, I knew it was a challenging thing, but the Hult Prize really showed me just how many things you have to think about,” she says.

A Deloitte study found in 2018 that citizenship and social impact in businesses were rated as critical or important by 77% of business and HR leaders . As the business world begins to turn its focus to social impact, the skills gained from competitions like the Hult Prize can provide vital insight. 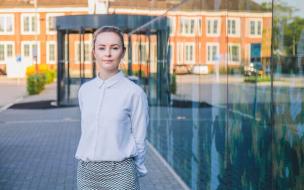 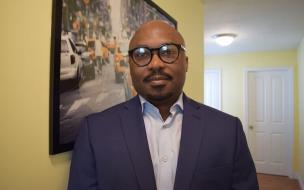 Accounting To Management: How My MBA Got Me A Job In The United States 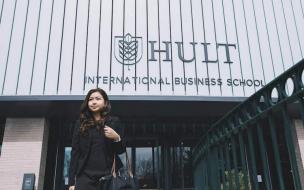 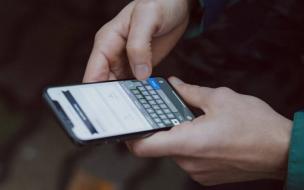