How A Flexible MBA Can Land You Your Dream Job

Adrien Chenailler isn’t set to graduate from the Hong Kong University of Science and Technology’s (HKUST) MBA program until January 2020. But the flexibility of the MBA allowed him to fast-track some of his courses in the summer, so he could begin his dream job in data science in Asia.

Though not part of his original plan, being able to fast-track courses this summer allowed Adrien to start work four months before the end of the MBA.

The HKUST MBA allows candidates to complete their studies in 16 months, or in as little as 12—it’s entirely up to the candidate’s preference, and means less time out of the workforce, and more flexibility when it comes to launching your post-MBA career.

Adrien relocated to Hong Kong after he left a banking supervisor role in Germany at the European Central Bank (ECB) to join HKUST. He says he wanted an MBA to give him more of a business context. He wanted to be able to hold his own in conversations with senior leadership, as well as shift away from the finance industry.

“I wanted to be more creative,” he says. “It wasn’t clear I would move into tech, but I knew it would be something with data. I’ve never been too far from the mathematical side, the data side, but I wanted to try it more from the manager’s perspective."

Picking Hong Kong was an opportunity to get closer to career opportunities, and to pivot to where things are happening right now, Adrien explains—he had also learned Chinese after a master’s degree in applied mathematics and financial engineering.

Adrien is set to graduate in January 2020. In September this year though, he began working as a data science manager for Gojek, a multi-service and payments technology platform in Singapore.

It’s his dream job, Adrien says, and one that he wouldn’t have been able to start without the flexibility of the MBA.

It wasn’t his original plan, but he says when an opportunity arises before the end of the MBA, the school is open to allowing students to pack in their modules in the summer and start work immediately after that—he adds that he kept one course to complete before January so he could remain in touch with the MBA.

So, what are the benefits for students?

“You can start looking for a job back in April, maybe even before,” Adrien explains, “and if you get a job you just accelerate the MBA and finish a bit quicker.

“It does give you more flexibility in terms of the jobs you can apply for—you don’t have to apply to everything at once.”

How the MBA prepared me to be a tech-focused leader

Adrien found the job with Gojek through an old acquaintance. Someone he worked with six years ago in a data science role was looking for someone to combine technology with managerial and leadership abilities—exactly what Adrien could bring to the table.

Though the MBA doesn’t prepare you to be a programmer or a data scientist from a technical perspective, it hones your ability to lead, Adrien says.

“With managing people, it helps a lot, teaching you to be clear and knowing what the expectations of other people are. I think from that perspective it was tremendous.

He says he’s seen a big difference in the way he approaches his colleagues. Before the MBA, Adrien was managing smaller projects, maybe three or four people. Now, he’s leading teams of up to 15 employees.

“It’s a different scale but I’ve definitely seen a change in the way I handle them and set priorities, being clear and concise in communication, and knowing what you should and shouldn’t say.

“The MBA definitely helps you organize your thoughts, define strategy, and handle people.”

The MBA is the right choice for you if you want to be able to lead, inspire, and manage people in a data science context, thinks Adrien. It helps you move away from the myopic view of data scientists being introvert, and siloed—though he admits not everyone wants to move into managerial roles.

He’s always been close to data, something he intends to remain attached to in his dream role at Gojek. Though now he’s happy looking at things from a managerial, rather than just an execution perspective.

“I think I love the impact you can have, and you can quantify your impact,” he explains. “I think that’s what I like about programming and data science—you can drive the company, and have unlimited scalability to impact organization as a whole.”

How My HKUST MBA Got Me A Consulting Job At BCG 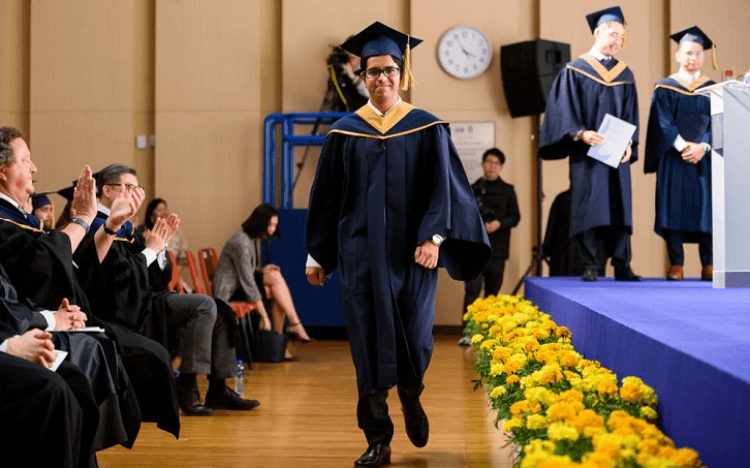