It’s no secret that MBA programs are yet to achieve total gender equality. According to research by the Forté Foundation, women are still in the minority at business school, accounting for 39% of MBA students in the US in 2019.

Things are gradually improving, though. By 2020, the Forté Foundation aims for each of its 54 partner schools to exceed 40% female students, helping more women access the leadership roles that an MBA opens up.

Having a balanced classroom does more than help women advance their careers, though: it also promotes a productive learning environment for everyone, and could help MBAs land jobs when they graduate.

According to ‘Iolani L. Bullock, director of MBA admissions at Georgetown University’s McDonough School of Business, today’s companies want to hire graduates who know how to work in a diverse and inclusive environment. She’s currently working towards a gender balanced program at McDonough.

To support more women onto the MBA program, there are certain hurdles to overcome, ‘Iolani notes. “One gap women often talk about is a lack of funding,” she says.

These merit-based scholarships support students pursuing the full-time MBA program who have an interest in gender equality, and support gender parity in technology, finance, or consulting. The award amount and number of awards will vary from year to year.

Care responsibilities can also hold women back from the intensity of an MBA program. According to a study by the Pew Research Center, mothers in the US spend almost twice as much time as fathers on looking after children each week.

This continued imbalance, coupled with nursing schedules, can make it difficult for women with children to get to business school.

“Parents are not necessarily a population talked about in business school, however,” ‘Iolani reflects. To try and change this, she and her team at McDonough planned a ‘working moms’ event, hosted by local women’s co-working space, The Wing.

“This included a talk about having tough conversations in male-dominated workplaces, where men might not really be thinking about the needs of the women they work with,” ‘Iolani recalls.

“There were also some ‘mom hacks’ shared,” she adds.

By beginning to dismantle the major barriers of time and funding, ‘Iolani believes that more women will be able to access the McDonough MBA.

Tackling bias in the classroom

Once they’re at business school, women also face challenges that their male peers may not. Because of this, it’s vital that female students are offered supportive spaces.

“At McDonough, the Graduate Women in Business Club and Forté Foundation create spaces for women to talk about how things impact them,” she explains.

Through initiatives like this, many women on the program feel better equipped to raise issues. ‘Iolani remembers hearing from one student who was frequently spoken over by her male colleague, for example.

“She was able to tell him that it bothered her, and after she pointed it out, it clicked,” she says. “In subsequent team meetings he really reeled it in.

“For me, it’s a great feeling that women on campus are in a place where they feel they can do that.”

Students also have a chance to check their biases when the blindspot bus tour, an initiative organized by the CEO Action Committee, comes to campus. “The bus is outfitted with different stations where you can literally check your blind spots,” ‘Iolani explains.

One station challenges students to press a button every time they notice bias in a video, while another incorporates a VR headset to help you literally walk a mile in someone else’s shoes, whether that’s a woman or person of color.

“We’re grooming students to go into the workplace,” ‘Iolani explains, “and if we don’t address those cultural issues now, they will continue.”

Why gender equality matters for MBAs

Learning to recognize their own biases and work in an inclusive space benefits students when they graduate, says ‘Iolani.

“There’s so much data out there now that really supports the fact that diverse teams and more productive, innovative, and successful,” she explains.

This is backed up by research from McKinsey. The consultancy found in 2018 that companies with the highest levels of gender diversity were 21% more likely to have above-average profitability.

“Companies are looking to hire people who not only have hard skills, but are able to lead an increasingly diverse and globalised workforce,” ‘Iolani adds.

Despite the progress being made towards gender equity, in the MBA classroom and beyond, ‘Iolani cautions against complacency. “The biggest thing is recognizing there’s a lot more work to do,” she notes.

“But we’re very hopeful that the groundwork we are laying will not only attract more women to the program, but enhance their experience on-campus and help them go further with the companies they enter.” 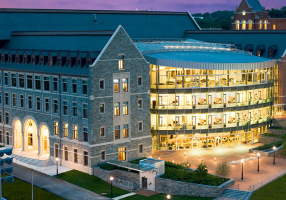 Best Business Schools In The United States For Networking—Bloomberg Businessweek 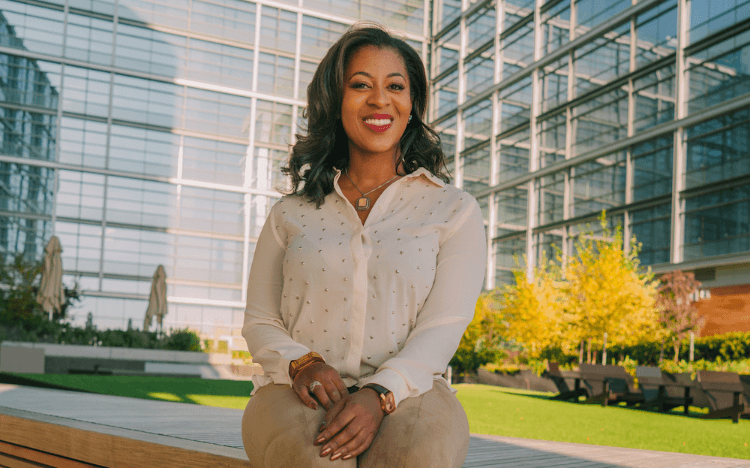