Jaime had much to learn from his three business endeavours before he studied on The Lisbon MBA Catolica | Nova (Credit: Fotografia com Alma)

Jaime Parodi Bardon has set up multiple businesses. Here’s why he decided he needed to study an MBA

Many people go to study an MBA in order to set up their own business. Roughly one in every five MBA graduates will become an entrepreneur at some point in their career.

But by the time Jaime Parodi Bardon enrolled in the Lisbon MBA Catolica | Nova, he had already set up three businesses, across three quite different industries—augmented reality (AR), hospitality, and arts and entertainment.

While he had the experience, an MBA for Jaime was about accumulating the business knowledge that would ensure the survival of his businesses in the future.

Entrepreneurship is something that many believe you can teach, while many believe it is an innate ability or skill.

For Jaime, his desire to be an entrepreneur dates back as long as he can remember.

This knack for problem solving was all united by one thing—”originality”. He wanted to be creative and original in the solutions he was offering.

After a bachelor’s in computer engineering, Jaime went on to work at IBM, before transitioning into consulting at Accenture and at PriceWaterhouseCoopers. Here, he began to combine his technical, engineering-based skillset with his knack for solving problems in a consulting environment.

At the same time, Jaime started trying his hand at entrepreneurship. In 2009, he set up his augmented reality tourism business, which aimed at enriching cultural heritage spots in cities with AR technology.

In 2012, he then got involved in launching a family business—a restaurant, cocktail bar, music lounge, and garden based in Caceres, Spain.

Then in 2013, him and his brother went into business together, launchign Pinata Productions, an arts and entertainment business, which to date has promoted over 100 concerts and three festivals in Spain and Portugal.

Why did he want an MBA?

First and foremost, an overview of a business.

“My main goal was to try to understand the big picture of a business, to try to frame the different pieces and join them up to come up with better business plans,” Jaime says.

The Lisbon MBA Catolica | Nova's rigorous one year program gives students a deep dive into the fundamental aspects of business. Finance, operations management, and strategy all featured a big part in rounding off Jaime’s understanding of the things needed to make a business not only run smoothly but excel.

“It gave me the big picture,” he says.

One of the stand out experiences for Jaime was the chance to go and study at MIT Sloan School of Management in the US, one of the top business schools in the world. The first week of this month-long exchange was focused entirely around entrepreneurship. Students can learn in a thriving startup environment which has seen the launch of businesses like Buzzfeed and Dropbox.

The second thing that Jaime was keen to hone were his soft skills. Due to his engineering background, he felt he often lacked the human touch needed to interact with people in the process of launching a startup.

The Lisbon MBA runs a program called the Friday Forum, a unique opportunity for students to explore and understand their creative sides, in an attempt to sharpen their soft skills. One week this might mean sampling European cuisine, the next week this could be learning about Portuguese music and dancing.

“This was the differentiating factor of the program,” Jaime remembers.

His advice for other entrepreneurs

To add onto the three businesses he had already set up, Jaime ended up going into business with one of his Lisbon MBA classmates. They set up a business called Viable Report, a machine learning, big data matchmaking service aimed at connecting startups with investors.

The business no longer exists, for several reasons, but Jaime is still keen to encourage and support those who are looking to launch their own business. For this reason, he helped set up the Lisbon MBA Entrepreneurship Club, aimed at providing support and networking events for entrepreneurs from the program, past and present.

“We considered it important to build a community to help students and alumni of The Lisbon MBA Catolica | Nova interact with the Lisbon entrepreneurial scene, to connect them with startups and investors, and to support them in the creation of any new venture,” he explains.

He’s certainly well-positioned, given his experience, to dish out advice. The most important lesson he’s learned?

“You have to decide well who to work with, and then agree on the rules of the game. You must do this right at the beginning and together. In my experience, if you don't have this vision alignment from the beginning, then you will not have success in the future.” 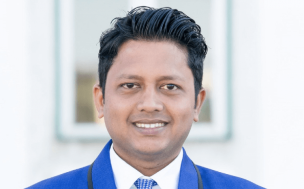 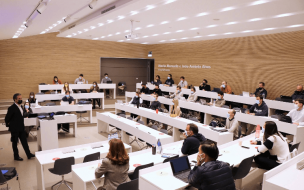 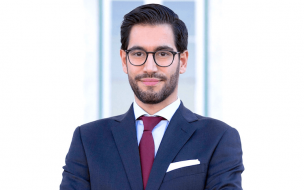 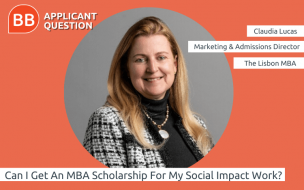