Maastricht School of Management (MSM) in the Netherlands is a business school on the rise.

In the most recent CEO Magazine global MBA rankings, published in March, the Executive MBA program at MSM climbed to 15th place from 20th, and its MBA program was recently ranked in the top tier of MBAs globally by the same magazine.

This steady climb to the forefront of business education in Europe is driven by a shift in MSM’s focus that has taken place over the last five years. Though originally known for their work linking Europe with emerging and developing countries, MSM has recently expanded its repertoire with the goal of driving global innovation, and the change is being felt throughout their roster of programs.

MSM has partnered with RWTH Aachen University in the creation of five brand new master’s degrees in management and engineering, covering trending Industry 4.0 topics like computer-aided manufacturing and production systems engineering, representing a timely response to the interest in tech-focused course options among business students.

Since embarking on its new vision, MSM has changed the curricula of many of its existing degrees to align with its innovative mindset. The school now offers a sports-focused MBA as well as an Executive MBA in healthcare management.

The latter program was launched in Nanjing, China, in 2015 and aims to familiarize students with the med-tech of the future as well as more traditional concepts like cost management and patient-centered care.

MSM hasn’t totally abandoned its roots. In fact, technological innovation is at the heart of the school’s continued commitment to strengthening Europe’s connections to developing countries.

According to MSM dean, Professor Wim Naudé, the “transfer of technology and the adoption and adaptation of technology by entrepreneurs in developing and emerging economies are vital for meeting the 17 Sustainable Development Goals (SDGs) as well as achieving the goals of the Paris Agreement on Climate Change.”

Hence, the school is developing an agri-business management MBA in Ethiopia, promoting agricultural technology in Kenya and Indonesia, and is exploring how to promote knowledge of 3D-printing in Africa.

With a focus on global connectivity and societal impact, MSM launched the Corvers Chair in Innovation Procurement in 2016.

Based on the recognition that public procurement can play an important role in stimulating private sector innovation, the Corvers Chair is an initiative to assist the EU and its member states in their strategic use of public procurement to create innovations that the market is failing to generate on its own. The Chair is held by Professor Nicola Dimitri, who is also attached to Siena University and the University of Cambridge. The initiative has already done important work for major Dutch-based clients, with Professor Dimitri feeding the new knowledge gained by the initiative back into the MSM ecosystem through a series of lectures.

As Professor Naudé puts it, “MSM has demonstrated a commitment to innovation of all kinds—we practice what we preach.”

Both MBA applicants and business education bodies have started to take note: the school was highly commended by the Association of MBAs (AMBA) in its annual Innovation Award—its second nomination in five years, possibly a unique achievement among business schools.

To crown it all, in 2017, the Maastricht School of Management MBA cohort in Maastricht was amongst the largest it’s ever been. 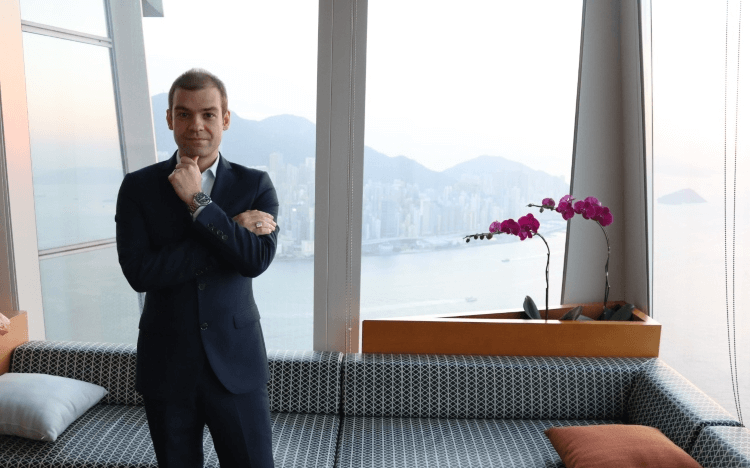