Despite regional instability and anti-government protests in Morocco, France’s business schools are rekindling imperial ties to profit from growing markets in North Africa

ESSEC opens its new campus in Rabat in September this year

ESSEC Business School’s new campus in Rabat, Morocco will open its doors to Global BBA and Master’s in Management students, as well as executive education participants, in September this year.

The leading French business school – which already boasts a campus in Singapore as well as domestic campuses in Paris and Cergy-Pontoise – aims to contribute to development of Africa’s emerging economies and boost application numbers at the same time.

This, despite the anti-government protests that have plagued northern Morocco in recent months. Last week, a leading activist, Nasser Zefzafi, was detained by police.

“Our mission is to train and educate African managers for Africa, in Africa,” says Thierry Sibieude, director of ESSEC Africa-Atlantic and the new dean of ESSEC’s Morocco campus.

For an ESSEC hub in Africa, Morocco was the obvious choice. Until two years ago, Moroccans made up the majority of ESSEC’s international students – they’ve since been replaced by students from India and China. A key partner engineering school, École Centrale Paris, also have a presence in Morocco.

Moreover, Morocco is one of Africa’s largest economies. And it’s King, Mohammed VI, is keen to play an active role in the development of the African continent – Morocco rejoined the African Union after a 33-year absence in January.

MBA students on ESSEC’s full-time MBA will soon be able to spend six months on study exchanges to experience the realities of the African business environment in Rabat.

The key drive of the campus will be social entrepreneurship. For local students in Rabat, Thierry – who co-founded ESSEC’s social entrepreneurship chair – plans to create a social startup incubator and develop programs to encourage underprivileged, lower-income people to study at the school. He brought similar initiatives to ESSEC’s campus in Cergy-Pontoise 15 years ago.

“We hope more and more people will come to know ESSEC in Africa,” says Thierry. “We are one of the only business schools to go to North Africa and deliver the same degrees,” he continues.

“EMLYON decided to create a degree for Africa. We haven’t done that – every student that goes to ESSEC in Africa will get the same standard ESSEC degree.

“Our local students have the same classes, same courses, same professors, and sit the same final exam on the same day as students in Cergy. There’s no ‘second-class degree.’”

What of top French business schools like HEC Paris and EDHEC yet to break into Africa? “I think they will follow,” says Thierry. “At ESSEC, we have a pioneering spirit. We look to the future and believe in what we do.

Despite turbulence in the MENA region, ESSEC is leading a trend as French business schools rekindle imperial ties and launch new campuses in North Africa.

Audencia Business School formed a partnership with the Ecole Supérieure Algérienne des Affaires (ESAA) in Algeria to deliver its EMBA program in Algiers from April this year – part of the ‘Audencia2020’ strategic plan for global growth.

“By 2050, it is estimated that there will be 850 million French-speaking people in the world. The vast majority, 85%, will reside in Africa. The region is therefore crucial to our growth,” says William Hurst, Audencia’s director of executive education and MBAs.

“[The EMBA campus] greatly increases our international reach and size,” he continues. “This is reassuring in terms of potential market share.

“By the end of 2017, the number of participants recruited there for the new program will account for approximately 90 EMBA students. Around 70% of these participants will be non-French, whereas in 2015, we only had 5% non-French students on our EMBA.”

The Arab Spring was not so long ago. The North Africa region has a stronger inclination towards instability than most. ESSEC increased security on its French campuses after 2015’s Paris attacks, and it will do the same in Morocco.

“No country is one hundred percent safe from violence and terrorism,” says Thierry. “It’s a concern; it’s a concern of parents, students, and some of my colleagues.

“But it’s important to organize security discreetly – we don’t want a Fort Knox,” he continues. “Morocco is a very stable country – one of the most stable in the region. We will pay great attention to security issues, but I don’t think we’ll have any more problems than what we have in Cergy.” 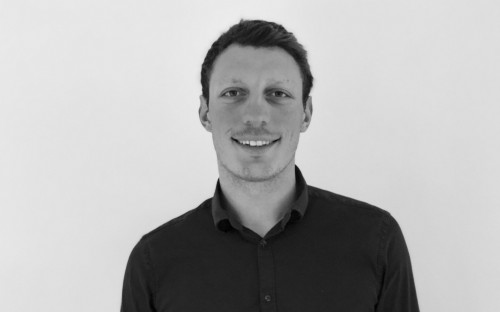