For Robianesar (Bian), a master’s program in Global Operations led to a career with freight forwarding disruptor, Flexport

When Bian moved to Hong Kong for a master’s program, he imagined living there for the duration of his studies, before returning home to Indonesia.

What happened instead was very different. Five years after graduation, Bian continues to live and work in the territory.

Often referred to as the ‘gateway’ to China and Asia, Hong Kong is perfectly located as an international business hub.

Hosting multinational companies from Fedex to LF Logistics, and with an impressive GDP of $341 billion, it’s an attractive destination for professionals the world over.

After completing his master's program in Global Operations (HKUST MSGO program) at the Hong Kong University of Science and Technology in 2015, Bian decided to remain in Hong Kong.

Now, he continues to draw on his studies at freight forwarding disruptor, Flexport.

A gateway to Asia

Working in Asia wasn’t always on the cards for Bian. He began his career half-way across the world in Europe, studying aerospace engineering in the Netherlands, working as a stress engineer with Atkins.

Although he found this technical work interesting, Bian soon wanted to switch to a managerial role.

“I really wanted to learn more about the business aspect of work,” he recalls. Business school seemed like the natural way to transition.

Feeling the growing influence of Asia on global business, and hoping to move closer to his family in Indonesia, Bian opted for an Asian business school.

“I looked at schools in Korea, Japan, and Singapore, but saw that HKUST was one of the top business schools in Asia,” he explains.

Along with its reputation, HKUST’s location sealed the deal for Bian. “Hong Kong allowed me to be very close to China, and to understand how business is done in China,” he says.

“Hong Kong is also known as an international city and a financial center. That really attracted me.”

When Bian was accepted to the HKUST MSGO program, he didn’t hesitate, and returned from Europe to Asia.

Throughout the HKUST MSGO program, Bian took advantage of his school’s Asian network.

“The HKUST MSGO program provides a lot of trips to China,” he says. “We had a study trip to Shanghai, spending time there and meeting a couple of companies including Volkswagen.”

The class also visited tech giant Huawei in Guangdong, which gave Bian the chance to see a functioning supply chain in action.

“The program curriculum is really practical,” he notes. “I think at the end of the day you really need to see how it works out there in the real world.”

Class trips were also a regular occurence when students stayed in Hong Kong. Bian and his cohort deepened their operations knowledge with trips including a cargo terminal visit.

As well as furthering his knowledge of manufacturing, retailing, and warehousing, working with a consultancy gave Bian the chance to put his newly developed soft skills to good use.

“I was very shy as an engineer,” he recalls, “but when I was in the HKUST MSGO program, it really pushed me to present, and learn how to communicate effectively.”

Working on a wide range of projects, with many different clients, Bian believes this consulting work has set him up for success with Flexport.

“It’s been a good build-up, coming from engineering and consulting. The puzzle is coming together,” he says.

When Bian joined Flexport in 2017, the company was still in its startup phase. Today, it’s valued at $3 billion, and globally recognized for its ground-breaking digital platform, which helps companies track their supply chain, along with carbon emissions.

Bian is responsible for Flexport’s air planning operations throughout Asia. Since joining, he has helped build the company’s Asian operations from scratch.

“I came to Flexport because I’ve always wanted to learn the full picture of supply chain,” Bian explains. “We’re ambitious to expand, and I want to be part of that journey.”

Bian’s work has taken him from Taiwan, to Shanghai, to Vietnam. Learning to do business in Asia at HKUST has supported his success, he says.

“If it wasn’t for my master’s degree in Hong Kong, I wouldn’t have been able to work here.

“It’s been a good foundation for my current job.” 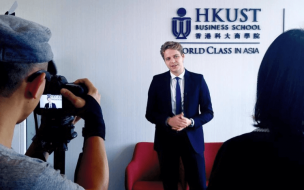 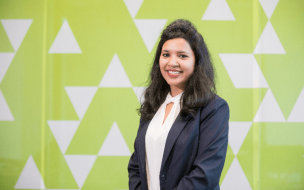 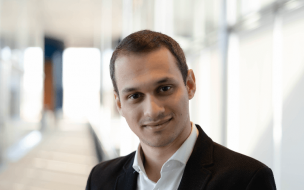 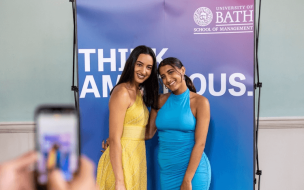 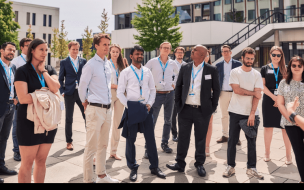 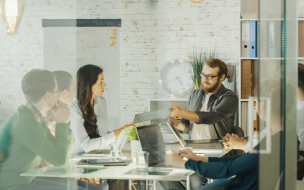