European cities have risen in popularity among international talent according to the recent MBA City Monitor report authored by Ivan Bofarull, the director of global insights and strategic initiatives at ESADE Business School—Barcelona in particular has seen the largest growth, climbing two places to sixth and overtaking Silicon Valley, ranked eighth in the report this year.

In today’s business environment, talent has never been more mobile—the Boston Consulting Group (BCG) argued in its Corporate Universities report that human capital is replacing financial capital as the engine of economic prosperity. BCG has also warned that staggering talent gaps will appear in large parts of the world threatening economic growth.

The City Monitor report uses one single metric as a measure of attracting talent: the number of international full-time MBA students currently enrolled in top business schools. It sees this as a measure of commitment to a location as those who pick a full-time program have carefully chosen both a school and location.

As cities compete for talent around the globe to increase their standing as an influential hub, business schools such as ESADE will play an ever important role. It’s clear that the reputation, value and quality of education on offer will be key factors in leveraging talent from around the world to move.

With ESADE Business School’s full-time MBA program ranked among the best in the world—coming second in Europe for salary increase and fourth in the world for international course experience in the 2018 Financial Times Global MBA Rankings—the school is one of the reasons talent is seeing Barcelona as an exciting prospect.

The report also shows that, despite Boston and New York holding onto the top spots, US cities have suffered this year, with Chicago dropping two places to fifth.

Although it’s hard to point as to the exact reason for the decline, the report offers expensive living costs in US cities as well as the new government position towards international visitors under the Trump administration as potential reasons for the decline.

With mobility and flow of talent now a major factor affecting the business world, the ESADE MBA is preparing its students to shape their career in this flexible environment—94% of the intake are international students and after exchange, internship, trek and study tour opportunities; 89% of graduates change region, industry or function.

So, why is Barcelona becoming a leading hub for global talent? Ivan offered three key factors behind the city’s success:

“Firstly, Barcelona is one of the top five startup ecosystems in Europe these days, by volume of startups plus size of Venture Capital investment,” Ivan explains.

“Secondly, Barcelona is a hotbed of creativity, disruptive innovation and science. This is a connection that goes from the Gaudi architecture, the Picasso paintings, Ferran Adria’s molecular cuisine to world-class research centers like the Institute of Photonic Sciences, Barcelona’s Biomedical Research Center or Barcelona’s Supercomputing Center.

“When you put these factors together, plus an MBA program in a top school—ESADE Business School—you get an awesome result.” 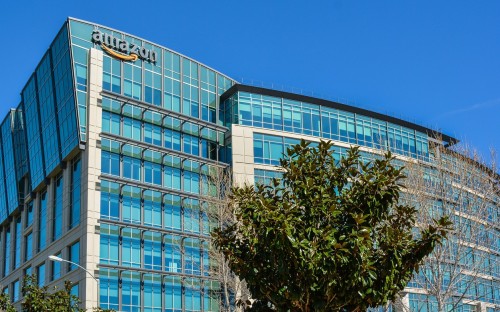