Home > News > Applicant Stories > From Marriage To McKinsey: How My China MBA Transformed My Life In More Ways Than One


From Marriage To McKinsey: How My China MBA Transformed My Life In More Ways Than One

Several months into his MBA, Walter Wang stepped into his marketing class with more nerves than usual. At that time, the school’s campus was situated in a picturesque, 100-year-old villa in Shanghai. It was the perfect setting for what was to come.

Standing at the front of the class, Walter switched on the projector and started to play his video, entitled ‘Proposal Project.’

His target audience: his classmate Coco, whom he’d met on his very first day at CKGSB.

“We had the opening party for our class and I got the task to re-write the lyrics for the famous Song of the Yangtze River,” Walter recalls. “I chose Coco to help me, and we wrote the lyrics together. We worked very efficiently—we felt we had magical chemistry!” he laughs.

With his classmates and professor—co-conspirators in his plan—Walter waited in tense anticipation when the words ‘Will you marry me?’ came up on the screen.

Looking up from her desk, Coco smiled. Her first words were “I don’t know.” There was a pause. Then, “I don’t know when I’d already decided I’d be with you all my life!”

Walter married Coco Xu, his MBA classmate, on September 9th 2009. But the CKGSB MBA experience would transform Walter’s life in more ways than one.

Born in Shanghai in 1982, Walter is part of China’s one-child policy generation. With no brothers or sisters, he was raised mostly by his mother, a doctor who, though now retired, still helps out in the same hospital she’s worked in for the last 35 years.

His father was a more distant figure—“like a mountain”, he says—a serial entrepreneur who started his own shoe manufacturing company in Wenzhou, often traveling and away from home.

Walter remembers visiting the shoe manufacturing plants his father owned. Things were basic. To be dyed different colors, shoes would fall off the production line into chemical-filled holes dug into the ground.

To transport goods, Walter—less than 10 years old at the time—would help push his father’s tricycle across bridges and up hills from the warehouse to the sales counters he’d set up on Nanjing Road, now Shanghai’s main shopping street.

Early on, the demand in China was there. If you had goods to sell, you were usually sold out. Queues used to gather around Walter’s father’s stalls.

“In terms of business sense, I got my first experiences when I was very young,” he says. “I knew about manufacturing and supply chain. I experienced the whole startup cycle from growth, to boom, and finally the phase out when, around the year 2000, my father’s business went down.

“Now, looking back, I can see that my childhood experiences have really impacted my professional life. The Chinese population boomed in my parents’ generation because of Chairman Mao’s policies—it almost doubled compared with the generation before.

“So, even with the one-child policy, our generation had a lot of people. From junior high school to senior high school, college, and work, the competition was very high.”

To stand out, Walter needed to excel from a very young age. After studying electronic engineering at Shanghai Jiaotong University, and just a few years working for General Electric, he decided to pursue an MBA.

“I got the chance to attend an event at CKGSB and meet some very famous CKGSB alumni, Chinese entrepreneurs like Jack Ma of Alibaba,” he recalls.

“When I saw Jack Ma on stage, I asked myself, ‘Where do I want to be?’, ‘What is my final goal?’ I knew I wanted to ‘be someone’, like all those CKGSB alumni.”

Months before the end of his MBA at CKGSB, Walter got a dream job offer from a fast-growing private electronics manufacturing firm. He put his MBA on pause to take the job.

Walter got the chance to develop the company’s solar energy business unit from scratch. He was put in charge of global markets, looking into market entry opportunities in South Africa and India. That same year, he helped get the company listed on the Shanghai stock market.

Around that time, life was good to Walter. He’d just married his business school sweetheart, who’d given birth to a baby girl. And he was enjoying a leadership position, unmatched by many of his peers.

Then, suddenly, his boss Mr. Yen—a 50-something, larger-than-life figure who ran his company as a family business employing a complex network of relatives—passed away. Walter was out of a job soon afterwards.

“I moved from the top to nowhere,” he recalls. “The solar market dropped. I made some mistakes, and people were not happy.

“My daughter was just one or two years old, we had a mortgage on the house—it was a very tough time for me. I told my wife about it and she helped me a lot because she had confidence in me.”

With Coco’s backing, Walter decided to return to CKGSB—now based in Beijing—to complete his final two MBA modules. He contacted the school and got a reply from the MBA program director the same day.

“He said to come anytime. I think I might have cried! It felt like I still had people supporting me even in a very tough time.

“When I went back to school, I got my confidence back. I finished my two modules and worked with the Career Management Center to find a job. They brought up the option of consulting and I got an interview with McKinsey.”

After five rounds of interviews, Walter became the first CKGSB graduate to join McKinsey in August 2012. He’d stay there for the next five years.

Now, Walter and Coco live together with their six-year-old daughter, Lucy, in an apartment in downtown Shanghai, five minutes’ drive from Walter’s childhood home.

With a group of ex-colleagues from McKinsey, Walter’s started work developing his own company, focused on elderly care.

Today, around 230 million Chinese are over 60 years old—that’s more than 16% of the population. The World Bank estimates that 40% of the Chinese population will be older than 60 by 2050, meaning that elderly care is one of China’s huge growth industries.

Walter aims to introduce some of the best practices from the US, Europe, and Japan, to real estate and service providers in China.

Walter was forced to leave his childhood home in 2005. The building, a huge apartment block, was knocked down and rebuilt.

A few floors of that same building became McKinsey’s Shanghai HQ, where Walter worked after his second stint at CKGSB. Before, during, and after his MBA, Walter’s professional and personal lives have been repeatedly intertwined.

Women In Business: Getting A Job At Microsoft After My Gender-Equal MBA 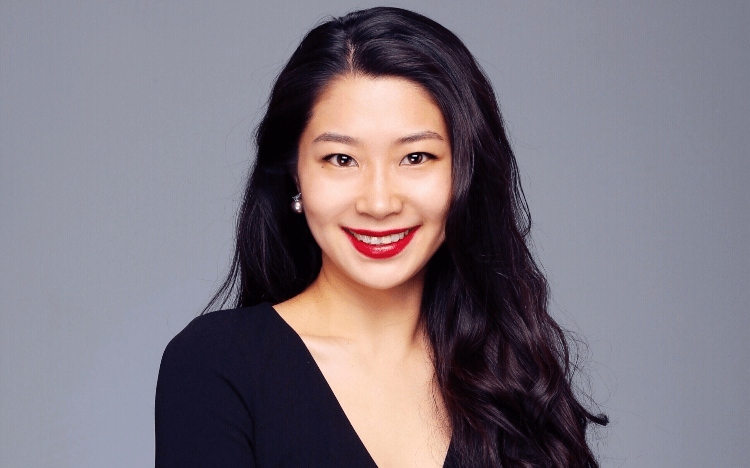