Francisco Galtieri’s birthday falls on the day Argentineans commemorate the first oil discovery in Patagonia. Now, he’s on a clean energy drive to save the planet

Francisco Galtieri was born on December 13th, National Oil Day in Argentina, when Argentinians commemorate the first discovery of a crude oil well in Patagonia in 1907. Francisco was destined for the energy industry.

He’s the first student in the history of the Buenos Aires Institute of Technology to complete two engineering degrees in six years. This led him to VYP Consultores, the biggest oil and gas consultant in Argentina.

During his time there he launched sustainable NGO GeoFans. The organization seeks to promote sustainable habits in people, focusing primarily on energy efficiency and recycling. Five years ago, these two concepts, startlingly, were almost unknown to the general public in Argentina, Francisco says.

Now, with the help of a full-tuition scholarship from Prodigy Finance, Francisco plans to enhance his climate fighting credentials by studying a Master of Public Administration at Columbia University.

Prodigy Finance is an alternative student loans provider that was launched by INSEAD MBA Cameron Stevens. Since 2007, the company has supported students from 150 different countries, and has helped over 14,500 students, many of them MBA and Master in Management students.

Scholarships are open to any international student admitted to a postgraduate degree at any of Prodigy's partner schools. Prodigy has partners all around the world, including schools like Ohio State Fisher College of Business, INSEAD, the National University of Singapore (NUS), and the University of Bath School of Management.

My journey to Columbia

When studying engineering Francisco (pictured below, left) was taught that ‘only what is measured could be improved’, he says. That’s an approach that has stuck with him, and something he carried into GeoFans.

“Our approach is based on measuring the individual impact of each person to perform an activity beneficial to the environment.”

The first project he was involved with was as a personal trash gatherer for up to 80 households over 120 weeks. A slow start, he admits.

Today, more than 100,000 families are part of the programs GeoFans has initiated in collaboration with the Argentinian government, and the work led Francisco to be selected by the World Energy Council (WEC) as a Future Energy Leader (FEL)—one of the hundred young professionals worldwide who share a commitment to shaping the global future of energy.

As an FEL, Francisco took his work from strength to strength, leading the creation of the World Energy Academy with WEC Argentina.

“This program uses the WEC Argentina experts and is targeted to the general public, not requiring a technical background,” he says.

Five years in, it has reached more than 1,000 students, and the success of the program globally landed Francisco a senior manager role with the WEC.

It is now that he’s at a turning point, and a desire to enhance his understanding of the interactions of humans, organizational resources, the environment, and energy.

That led him to pursue the MPA at Columbia University, but it was all made possible by Prodigy Finance.

How the Prodigy Finance scholarship changed my career

Being awarded the scholarship feels like winning the World Cup, Francisco says.

“I have been trying to study abroad for the last 3 years and became quite successful at failing,” he adds. “After more than 20 attempts in different universities I was finally admitted to Columbia University.

“I soon realized that I was not going to be able to pay for the program [and] for this reason I applied for the Prodigy Scholarship. Without this scholarship I would not be studying abroad.”

The Prodigy Finance scholarship covers all of Francisco’s tuition fees for his first year. A solid foundation, he explains, to achieve his goals.

He goes on to say that the awarding of scholarships to students from lower income families is essential. “They are an equalizing force that makes higher education not a privilege for the few.”

The scholarship means that Francisco is able to pursue his career goals of becoming an energy expert at the Argentinean Energy Secretary.

“I have the firm conviction that highly skilled people in key positions in the public sector must transform the Argentinean energy system,” he asserts.

Going beyond to save the planet

Francisco says alongside his primary career goal he has two side projects he wants to develop during and after the MPA.

One is taking GeoFans to new heights, pushing it as a game changer in promoting sustainable habits to reach a national impact in Argentina.

He also he wants to set a World Energy Academy community, in his words an “Energy Think Tank”, to promote thought leaders in green energy and climate change.

That, he hopes, would strengthen the bonds between energy communities around the world. On top of that, a cherished goal of Francisco’s is to build a more comprehensive and ample energy system in Argentina that has sustainability at its core.

Would this be possible without the Prodigy Finance scholarship?

“It would have been impossible to achieve these goals without the scholarship, as it would have meant not studying abroad,” he says.

“An MPA program as the one Columbia University offers will surely give me the necessary tools to reach an influential position in the public sector in my own country […] to become the most effective change-maker I can be.”

This article is sponsored by Prodigy Finance 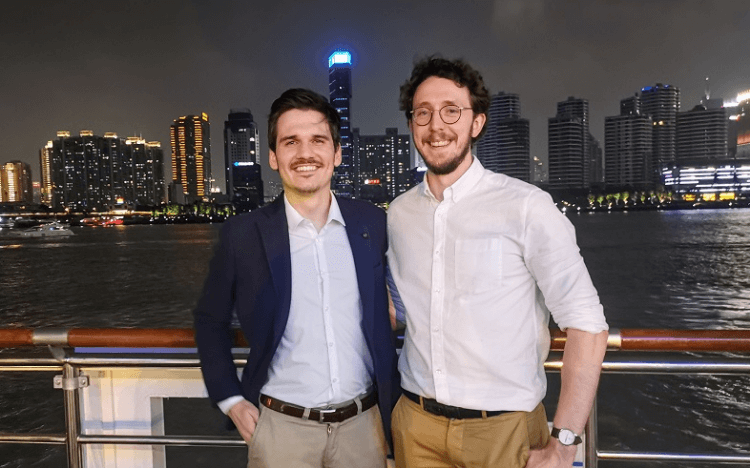