9 Of The Best Business Schools in Australia

Considering a business degree Down Under? Here are nine of the best business schools in Australia

There are many reasons to relocate to Australia for your MBA—sunshine, barbecues on the beach, surfing before school.

Australia is one of the easiest countries to get a work visa, and the world’s 13th-largest economy offers plenty of opportunities for ambitious grads.

Australia is also home to exciting startup hubs. Sydney is ranked among the top 30 startup hubs in the world by Startup Genome and Melbourne ranks 36.

The Australian Graduate School of Management is a top Australian business school at the University of New South Wales in Sydney.

AGSM ranks first in Australia in the Financial Times’ Global MBA rankings, and students achieve an impressive 66% salary increase after graduating from the MBA program. The program can be studied over 16 or 24 months, allowing students the choice to extend their studies with an internship or research project.

With its location in the financial heart of Sydney, the MBA program has a strong focus on finance, and electives include international finance, venture capital finance, and financial statement analysis.

The MBA offered by Griffith university is accredited by the AACSB, and based in South East Queensland. You can choose to study online, on-campus, or split your time between the two. Another advantage is the school’s connection with institutions in the wider Asia-Pacific region, where students can take on a study trip to expand their network.

AACSB-accredited La Trobe is located in Melbourne, but students in the MBA program can opt to do their degree at any of its six campuses across the state of Victoria, or rotate between campuses throughout the program.

The second-best business school in Australia according to The Economist’s ranking, Macquarie Business School is based in the high-tech Sydney neighborhood of North Ryde—home to companies like AstraZeneca, Hyundai, and Microsoft.

Graduates of Macquarie’s MBA program see a significant return on their investment, with average salaries of $103,575 after graduation.

Located in the heart of the city, Melbourne Business School (MBS) is ranked the best MBA program in Australia by the Economist and QS and ranks second in Australia in the Financial Times MBA ranking.

The school’s two-year MBA features an immersive business experience, during which groups of students work with real organizations in Australia to solve a business problem, and an innovation bootcamp that challenges them to create and pitch a business idea.

Ranked the third best MBA in Australia by QS, Monash attracts students from 14 countries, as well as 17 different industries, so there are plenty of opportunities for networking.

Each of the program’s modules includes a hands-on consulting project that gives students hands-on experience with an Australian company. Students also get the chance to study abroad at CEIBS in China and Sungkyunkwan University in South Korea.

Although the University of Sydney Business School does not feature in top MBA rankings, it is the only business school in Australia to have both triple-accreditation (from EQUIS, AACSB, and AMBA) and be a member of CEMS, a global alliance of business schools.

Each of the school’s MBA cohorts has just 43 students, meaning you’ll get valuable time with professors and get to network closely with everyone in the program. The  school also offers a range of specialized Masters programs in niches such as human resource management and supply chain management; all this making the University of Sydney Business School one of the best business schools in Australia.

The University of Technology’s campus is right in the heart of Sydney’s central business district, so you’re in close proximity to some of the city’s biggest companies including Westpac and Axa.

In the two-year MBA program, you can choose to major in a variety of topics including marketing, technology management, and financial analysis, while the Executive MBA in Entrepreneurship is ideal for students taking their first steps with their own business.

The University of Western Australia is accredited by both AACSB and EQUIS, one of just eight institutions in Australia to have the honor.

The school offers two MBA programs. The intensive course is an accelerated program taught over 12, 15, or 18 months, while the flexible program takes into account students who have work commitments. The University of Western Australia also boasts Australia’s only Oil and Gas MBA specialization for students interested in breaking into the energy sector.

The 15 Best Business Schools In The UK

*The schools featured in this list are accredited by either AACSB, AMBA, or EQUIS, and/or feature in MBA rankings by either the Financial Times, Economist, or QS. The above article is a list in alphabetical order, not a ranking. 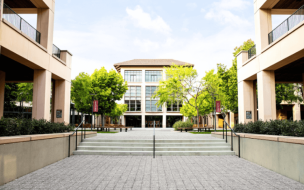 10 Best Business Schools For Marketing In The USA 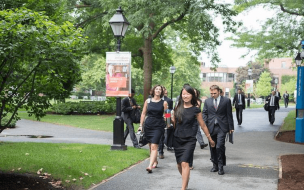 10 Best Business Schools For Finance In The USA 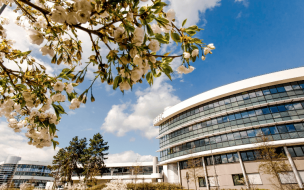