Food Drop, the brainchild of Miranda Khamis—an MSc in Management student at Bath School of Management—and Everest Ekong, helps people deliver food to those in need

Food insecurity is endemic to the world. Globally, the Food Aid Foundation says 795 million people are unable to lead an active life due to hunger—that is roughly one in nine people on earth.

In the UK, 8.4 million people suffer from food poverty—or food insecurity—according to data from the United Nations (UN). That is, they are plagued with worry, in doubt of where their next meal is going to come from.

What makes these figures all the more lamentable is that the UN’s Food and Agricultural Organization says that approximately one-third of all food produced for human consumption globally—about 1.3 billion tons—is disposed of as waste.

Miranda Khamis, a current MSc in Management student at the University of Bath’s School of Management, is hoping to tackle those figures with her social impact startup, Food Drop, together with friend and University of Bath Engineering student, Everest Ekong.

The app they’ve designed connects students to high street food retailers with a surplus. They then collect and deliver the food to their chosen local charity.

Miranda’s initial curiosity for the business arose during one of many study sessions in the natural habitat of all students: a local café.

“It made no sense. I was confused as to why so much food was going to waste, yet so many people were struggling to put food on the table.”

After researching why this food was being disposed of and not delivered to charities, Miranda discovered that understaffed and overworked charities didn’t have the people power to collect this food on a daily basis.

Surely, she thought, there must be a wealth of people willing to help alleviate these issues. But how to assemble them?

Miranda knew that to get the project off the ground she would need to augment her knowledge of business.

After completing an undergraduate degree at the University of Bath, she met with the then director of studies. She was encouraged to embark on the MSc in Management—ranked the third best Masters in Management degree in the UK by The Economist in 2017—to further develop her knowledge of social entrepreneurship.

Miranda opted for the MSc in Management’s general management scheme. She cites the first semester’s grounding in logistics, accounting, and operational management as key to developing her nascent knowledge of business practice.

In the second semester, she says the flexibility offered on the MSc in Management at Bath means students can choose to specialize, or tailor the degree to their individual needs.

Miranda opted for the specialization in Corporate Social Responsibility—she’s also studying Business Analytics. She is taking an independent study module too, working with professor of information systems, Adam Joinson, to research the use of artificial intelligence (AI) in relation to the personalization of e-commerce.

“They were really helpful in terms of helping us see what structure to approach the business with,” Miranda explains. “They made us look at where we want to be three, five, or 10 years from now, and that was extremely helpful when we were looking at expansion.”

The support system at the Bath School of Management doesn’t stop there. “I’m always able to talk to Maria Battara, the director of studies of the MSc Management Suite,” she adds. “You feel really supported in the sense that everyone is allowing you to try things out, but also give you direction.”

Being allowed to pursue such projects, geared towards social impact and managing with an ethical mind, is imperative to the future of business, Miranda says.

“If you look at multinationals like Alphabet, Amazon, or Apple, they all have a far greater purpose in terms of their mission statement—having an aim that is about meeting a need in society is intrinsic to business,” she adds.

Young people in particular, she explains, are intent on bettering society. Volunteering though, can prove problematic around tight university schedules and exam time. With Food Drop, students who sign up are able to deliver as and when their time allows.

Miranda and Everest hope to expand their network of student volunteers outside of Bath. The plan, Miranda reveals, is to move to London after she graduates from the MSc in Management and get the project up and running in the city next year.

“We want to further our relationship with the National Union of Students (NUS), and ultimately look for a national expansion,” she admits.

“Europe as a whole is particularly interested in food waste and helping redistribute but also reducing waste. We know France, Italy, and Spain have fantastic systems that we’d like to be a part of and work with.”

4 Advantages Of Online Learning—That Can't Be Recreated On Campus 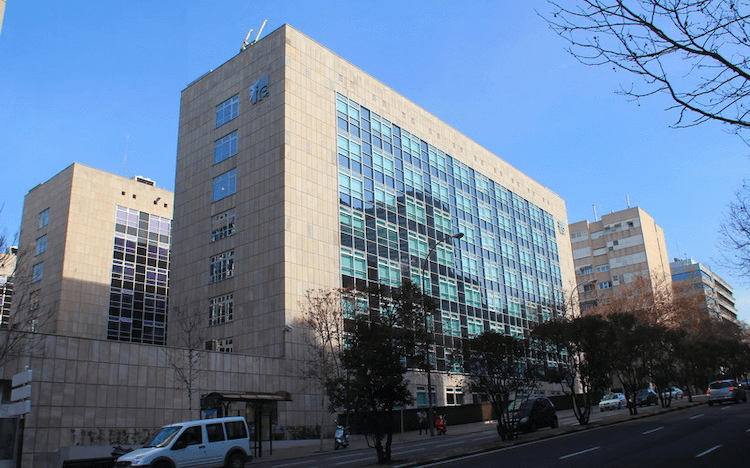