Companies Are Failing To Deliver On Stakeholder Capitalism

The Business Roundtable changed the definition of a corporation to one that should deliver value for all stakeholders. But corporations are failing to live up to stakeholder capitalism

The definition of a corporation has changed. The Business Roundtable (BRT), a nonprofit association of CEOs from major US companies, redefined the purpose of a business as one that exists to serve beyond only its shareholders.

It’s a shift away from Milton Friedman’s 1970 doctrine of profit at all costs, a mantra by which American capitalism has lived for the past 50 years. In it, he said ‘there is one and only one social responsibility of business […] to increase its profits so long as it stays within the rules of the game.’

Robert Eccles (pictured below, right), visiting professor at the University of Oxford’s Saïd Business School, co-chairs the Test of Corporate Practice (TCP) advisory board, an initiative convened in April 2020 to evaluate companies’ performance through the COVID-19 pandemic and social unrest in response to widespread inequality.

“In a world where you have concentrated wealth in large companies aggregating system level issues like climate change and inequality," he says, "we should step back and ask if the corporate form that we’ve got today fit for purpose,” he says.

Companies Are Failing To Deliver On Stakeholder Capitalism 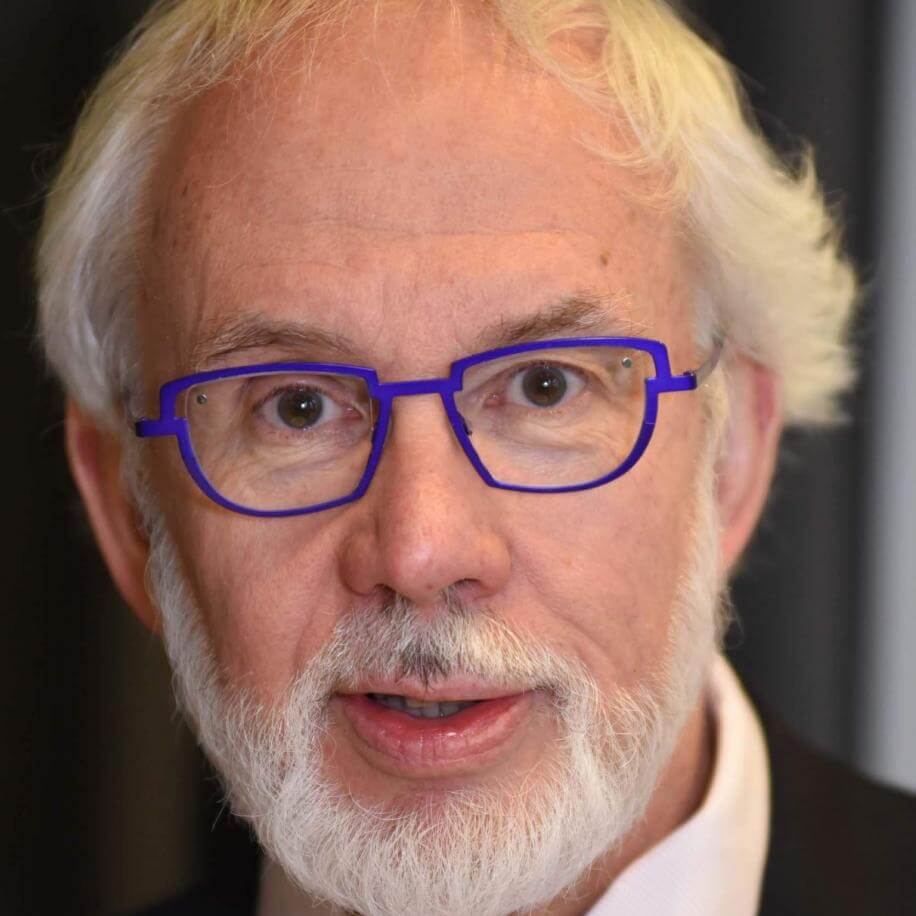 Together with KKS Advisors, a strategy consulting firm, the TCP published a report assessing alignment with recent statements of corporate purpose and commitments to stakeholder primacy.

The report is based on a GlobeScan survey which includes investors, NGOs, academics, and consultants, as well as an analysis of 800 large companies. The companies who signed the BRT statement were also included.

As the COVID-19 pandemic spread, it exposed frailties in the protections available to the labor force during a crisis. There were mass furlough schemes rolled out, and in the tech startup industry alone, there have been 79,323 layoffs from 536 startups since March 11th, according to layoffs.fyi. It left unemployment in the US at 13% in May, substantially higher than it was during the recession a decade ago.

The killing of George Floyd in May also unleashed mass protests and calls for racial justice and an end to inequality. It opened up a chasm into which companies would easily fall if they didn’t act.

The report solidifies the idea that a commitment to stakeholder capitalism sounds like empty rhetoric if it’s not met with substantial evidence of action.

Robert Strand (pictured right), the executive director of the Center for Responsible Business at the University of California Berkeley’s Haas School of Business, welcomes the restatement of purpose of the corporation, but explains that until the BRT CEOs advocate for smart policy changes to support a stakeholder view, the words ring hollow.

“COVID-19 has exposed the incredible fragilities of an American model of capitalism and we need business leaders to step up and advocate for smart policy measures to build a more resilient society,” he asserts. “Voluntary measures alone will not cut it.” 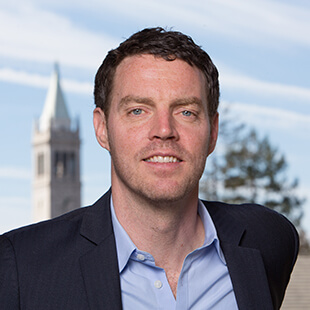 Companies across the US and Europe that had a consistent track record of effectively managing COVID-19 or inequality-related issues continued to outperform during the crisis. Those that responded quickly to COVID-19 also markedly outperformed late responders.

What it comes down to, Robert Eccles says, is that when there’s a trade-off between continuing to provide short-term shareholder returns and taking care of your workforce, which way are you going?

At the height of the pandemic, Hertz Global Holdings, an American car rental firm, handed out $16 million in retention bonuses to top executives while at the same time laying off thousands of employees. They then shortly after filed for Chapter 11 bankruptcy.

“That sends the message of we don’t care, and all these protestations about purpose are empty rhetoric,” Robert from Oxford says.

The split between promise and deliverance

Amazon—a BRT signatory—is cited heavily in the report and is ranked in the bottom quartile of companies for its response to both COVID-19 and inequality. The report goes into detail on a number of issues that have hit the company since the pandemic began.

In April, workers around the US staged a mass call out for the immediate closure of more than 50 warehouses with positive COVID-19 cases. Amazon responded by firing at least six employees that spoke out against the firm’s practices citing a variety of reasons, from vulgar language to breaking social distancing protocols. All of the fired employees were women or belonged to a minority group.

“People who can least afford to burden the problem bear it the most,” explains Robert Eccles, “so I think companies need to think about inequality during the pandemic, and in general, and ask themselves about the diversity in their workforce and how are they managing that, as well as looking at the diversity of their board.”

Amazon’s use of zero-hour or contract jobs, and outsourcing, contribute further to the split between promises of stakeholder primacy and deliverance. During the pandemic, the TCP report explains the company created numerous jobs, ‘for which it might ostensibly receive credit under a first-pass analysis’. These jobs were largely low-quality, with many zero-hour contracts.

The GlobeScan survey on which the TCP report is based also found that 92% of all stakeholders believe the primary purpose of business is to create value for all stakeholders. 76% of investors also said they disagreed with Milton Friedman’s doctrine.

But stakeholders don’t think companies are walking the talk on corporate purpose. Only 13% of respondents believe companies are consistent with what they proclaim and what their actual actions say. Institutional investor efforts to address current crises are also viewed poorly.

“I was surprised by how low investors were ranked in terms of responding to COVID-19 and inequality,” explains Robert. “Investors are talking a lot about how they want companies to be more purpose driven.”

The Business Roundtable statement should be one that acts as an inflection point around which the business community rallies. But it’s not. So long as shareholder primacy prevails over stakeholder interests, and employees continue to bear the brunt of crises, it’ll remain as hollow rhetoric.

So, what’s the solution?

How to shift towards a model of stakeholder primacy

“Until I see [business leaders] advocating for such policy measures, I really do not see the leadership necessary to reshape American capitalism to meet the lofty ideals expressed by the Business Roundtable,” he adds.

Alongside smart policy, if companies are serious about their commitments to stakeholder capitalism, then a framework to hold them account is necessary for a long-term structural shift.

Robert Eccles outlines a three-point plan companies can begin to adopt to put their corporate purpose into action. It was the basis for a Harvard Business Review article he wrote with the former chief justice and chancellor of Delaware, Leo Strine, and the North America lead for EOS at Federated Hermes, Timothy Youmans.

1. A statement of purpose

A good example is Phillip Morris International (PMI), an American cigarette company. The firm issued a statement committing itself to a smoke-free future. It’s a US company, operating under US law. If it can issue a statement, so can others.

PMI’s statement forms the basis for its integrated report, the next step Robert encourages. Concise communication about how an organization’s strategy, governance, and performance are contributing to its value creation for stakeholders over the short, medium, and long-term takes the statement of purpose and puts it into an actionable framework.

The third step is to become a Delaware Public Benefit Corporation: an organization that acts under the same laws and with the same internal structure but with a public interest purpose set out in its certificate of incorporation.

It allows firms to act on a purpose beyond maximizing profit for shareholders. All a company needs to convert to PBC status is a majority vote by shareholders.

“It’s a good way to test investors’ words about the importance of purpose in their portfolio companies,” Robert says. “It puts a gun to everybody’s head in terms of whether they mean what they say about stakeholder primacy.”

It would also help to tackle transparency around tax reporting.

The Global Reporting Initiative (GRI) reported that tax havens cost governments $500-600 billion per year in lost corporate revenue; on top of that, 91 corporations in the US paid no federal income taxes in 2018. To help fight the issue, the GRI recently launched the first global standard for tax transparency.

50 years on from Milton Friedman’s doctrine the detrimental impact of profit at all cost capitalism has been exposed. The COVID-19 pandemic has emphasized the need for stakeholder focus and conscious capitalism to prevail.

The commitments of the Business Roundtable are well-intentioned. But 50 years from now, it won’t be good enough to look back and see the promises of stakeholder capitalism as empty words, laid bare.

What Does Huawei's UK 5G Ban Mean For The Internet Of Things?

BB Insights examines the latest news and trends from the business world, drawing on the expertise of leading faculty members at the world's best business schools.