Amrik Nagra chose Cranfield School of Management for his master's to get the knowledge he needed to succeed in the City. Now, he’s a partner at an investment management company in London

Not many modern careers in finance can be said to start in the ancient world.

Amrik Nagra had studied ancient history and languages in London as an undergraduate and got into the finance world shortly after; however, he found that he was butting his head against the ceiling in terms of his progression.

It became clear that his undergraduate degree, though introducing him to the wonders of antiquity, had hardly equipped him for progressing in the future of finance: he needed something more.

After conversations with friends and family, he decided to look into studying at a business school .

The first decision to be made was which course he should study.

“The MBA wasn’t quite the right fit at that time—I didn’t have enough work experience, and MBAs don’t really lend themselves at that level,” he says.

“I started looking around at masters in management courses because the content of the course is similar but geared towards people with less work experience. Although I knew a lot about a little, I wanted to adapt the management experience that I had.”

The next question was where to go. Amrik ultimately chose the Master’s in Management at Cranfield School of Management in Bedfordshire, attracted by the three-month internship they offered at the end of the degree.

Solving a live problem for a business at the end of a year of academic teaching seemed like the perfect way to get the management experience he needed as well as the formal training.

Amrik undertook his internship at Clear Treasury, a financial services company in London, and the experience he gained paid off big time once he had graduated, as the firm took him on full-time immediately.

“I did the master’s at Cranfield and then went back into finance management in the City at a much higher level—at a larger brokerage, with a higher level of responsibility, which is exactly what I wanted,” he says.

Since then, Amrik has gone on to achieve a partnership at corporate finance firm the Legacy Group and become director of luxury dining start-up Galliano Dining. He says that the speed of his ascent up the career ladder is testament to the quality of the teaching on the Master’s in Management at Cranfield.

In particular, the faculty's strong grounding in real business and not merely academic study was crucial. To take just one example, the program's director Michael Dickmann is also the head of the Human Resources department at Cranfield, and has more than a decade of experience in consulting and HR prior to his academic career.

“You’re not just reading from a management textbook, you’re learning about actual projects the professors themselves have worked on,” Amrik explains.

“[The school’s connection to industry] is evident in the way the course is taught and I really enjoyed that—it was probably the main thing I gained.”

The school's partnerships with industry is clearly an asset to students' career development, but it was also the university's attitude to entrepreneurship and startups that really inspired Amrik. As well as offering electives and internship opportunities in startups, students on the MSc in Management also have access to Cranfield's extensive entrepreneurial network and resources, such as the Bettany Center for Entrepreneurship.

“Cranfield has a very creative spark to it—if there’s a project and a way you want to work on it, the attitude is ‘Let’s talk about it, let’s do it,’ which I really liked,” he explains.

“The two things I’m doing now have really entrepreneurial streaks to them. I never thought my working style was like that, but it really responded and now I’m working in two businesses that work in similar ways.”

This startup mindset certainly helps in Amrik’s day job at the Legacy Group, a young financial advisory company helping corporates and individuals looking to manage their wealth in a way that will pay dividends well into the future.

From connecting investors on one side of the company’s client pool with smart young startups—like the venture that Amrik himself is involved in, Galliano Dining—to give them the launch they need in business, to advising the newly wealthy on how to invest for their futures, the job requires creative thinking.

“Our typical client is someone who’s just sold a business for, say, [$60 million], and suddenly they’ve got this massive bank balance and they don’t know what to do with it—plus they’re bored because they’re not working in the business anymore,” Amrik says.

“We have to understand how to make the money last a few generations, because although [$60 million] sounds like it’ll last forever, 97% of wealth is lost by the third generation.”

It’s fitting, perhaps, that Amrik is helping to teach individuals and businesses how to invest in their futures. His own investment in his Master’s in Management at Cranfield School of Management has proven to be a sound one, and one he would recommend to others.

“I think anyone that has the drive to succeed in business [would do well here],” he says. “I’d recommend it to someone who wants to learn from the real world—Cranfield is a very theoretical school, but it won’t be solely theoretical in the way it teaches.

“There’s a reason why it has a school of aviation but it also has a runway on campus; [the hands-on learning] sets it apart.”

Where Could A Master’s Degree In Entrepreneurship Take You?

The Value Of Remote Internships During A Global Pandemic 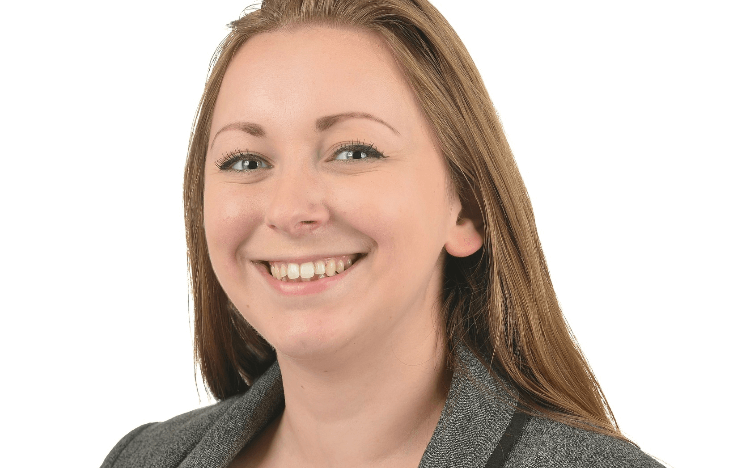