5 Strategies To Success For Women In Business

Women still need to break glass ceilings to access top-level leadership positions in business. We highlight five strategies women can use to get ahead

How can women tackle gender discrimination in the work place?

The way women are viewed in the workplace is changing, which for the most part has been for the better. However, that’s meant that the way gender discrimination occurs is changing too.

“One of the challenges we find today is that people aren’t blatantly saying ‘I’m not going to give you this job because you’re a working mother’, […] but a lot of our behaviors and actions subconsciously tune in to these messages,” explains Doyin Atewologun director of the Gender, Leadership and Inclusion Center at Cranfield School of Management.

Cranfield University has demonstrated a commitment to women in leadership for decades, publishing its annual Female FTSE Index since 1999. The index provides a regular measure of the percentage of female directors on corporate boards for the UK’s top companies.

While the percentage of women on FTSE 100 boards increased to 29% in 2018, under 10% of women on those boards hold executive positions.

Women, therefore, need to have a plan of attack when it comes to reaching the top-tier positions in business, traditionally occupied by men. And the path to success can start at business school.

On the Management MSc at Cranfield School of Management, 42% of students are women. And, between 2018 and 2019, 95% of both MSc and MBA students at Cranfield landed new, higher-level jobs within three months of graduation.

Here’s five strategies to success for women in business:

Understanding what your universal selling point is, and using it to better represent yourself and those around you, is vital when it comes to being a woman in business.

When leadership is more representative and diverse, people feel more appreciated and welcomed themselves. So, being your own unique self is a vital strategy.

This is the case across industries. Indeed, a UK NHS study found that ‘broad boards are better boards’, with significant evidence that diverse teams were more factually-focused and superior at analyzing information.

“There are lots of beautiful opportunities to connect with people in a different way,” Doyin asserts.

2. Network with other women

According to a recent study from the Proceedings of the National Academy of Sciences, networking with other women is vital when it comes to succeeding in business. A strong circle of women provides crucial ‘gender-specific private information and support’.

Khayale Agaeva moved from Norway to pursue the Management MSc at Cranfield School of Management and served as vice president of Cranfield’s Women in Leadership Society during her time at Cranfield.

The society, she says, supports female students on the program, bringing together a mix of women from across the university to support each other in achieving their best potential.  “It’s just as much about the community as the networking” she explains.

When women are underrepresented in business, it’s reasonable to want to prove you can do it on your own without help from others. However, this can cause more problems than solutions.

During her master’s degree, Khayale’s willingness to ask for help and advice allowed her to tap in to the knowledge of her more experienced counterparts at the school.

“I was around MBA students who gave me a lot of valuable insights to being a woman in the work place” she explains.

“I always felt that I was lagging behind everyone else but I realized that everyone is just as confused,” Khayale admits.

As a female in business, Khayale often felt as though she was on the back foot. However, as she continued her Management MSc at Cranfield School of Management her confidence grew.

The 13-month program takes students through ten core modules—across topics like economics, marketing, and CSR—and three elective modules—where students can choose from a range of courses including Entrepreneurship, Supply Chain, and Effective Cross-Cultural Management, during which students travel to Granada in Spain.

Cranfield’s Management MSc was also ranked number one in the UK and seventh in the world by the Economist in 2017, so Khayale has the added credibility stamp on her CV.

“Now, I feel that leadership comes naturally to me,” she says. “I want to get to a stage where female CEOs are not a surprise.”

5. But…don’t be afraid to fail

A workplace can be a difficult environment to navigate, but “it’s about trying and failing, you learn as you grow,” says Khayale. She admits that she had previously struggled with her communication skills, which lead to her feeling as though she was falling behind.

However, her time at Cranfield provided her with a comfortable space where she was able to make mistakes and learn from them. Through the course, she was given the opportunity to take up a summer internship at 4C Associates, a management consulting firm in London. After graduation, she was offered a full-time job.

“Negotiations, analytical skills, problem solving skills; I use what I learned [at Cranfield] every day,” Khayale concludes. “Cranfield really helped to shape me into the person I am and how I behave in the workplace.”

How A Master’s Apprenticeship Can Accelerate Your Career 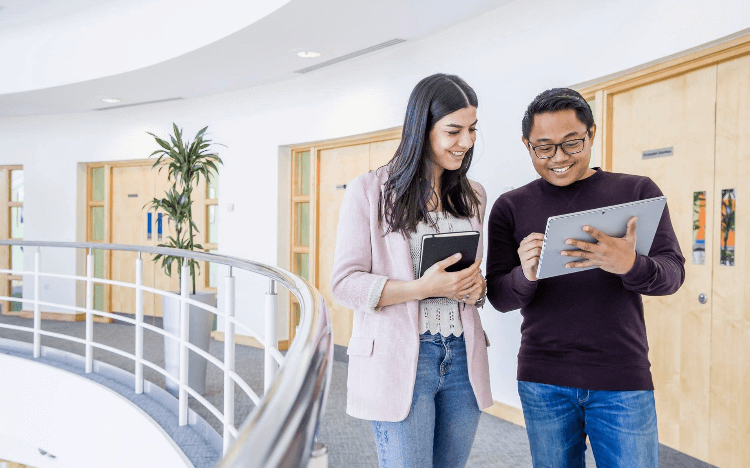