At Kogod School of Business, MSSM students turn their passion into action

The surface temperature on planet Earth has risen about 1.62 degrees Fahrenheit since the end of the 19th century, a rise that has brought with it a proliferation of extreme weather events across the world.

This January, Chicago was hit with a polar vortex that saw temperatures drop below -50 degrees Fahrenheit; in 2017, a series of hurricanes devastated many areas across the Atlantic, including US territory Puerto Rico.

For many, these kinds of extreme events are a sign of things to come, and a galvanizing force to use their careers to tackle climate change.

Through the MS in sustainable management (MSSM) program at American University’s Kogod School of Business, these people get the tools to put their ambitions into action.

Ed Carley, a 2015 graduate of the program, is one such person. Though he’d had a lifelong interest in sustainability, it was global warming’s impact on his local community in the mountains of Colorado that triggered his decision to join the master’s program.

“High elevations are being impacted first by climate change, and that was apparent where I live,” Ed explains. “We had low-snow winters in the high Rockies of Colorado and wildfires and drought years [in the summers]—there were years when my whole valley would smell like a campfire.”

When he started researching sustainability master’s programs, Kogod School of Business soon rose to the top of his list.

American University was the first university in the US to become totally carbon-neutral, which it achieved in 2017, two years ahead of its original schedule, and the school’s location in Washington, DC allows students in the program to see climate change decisions happening in real time, particularly in the arena of policy.

“The location in DC made a lot of sense,” says Ed. “The renewable energy business at the time was so driven by policy—it’s now shifted to be driven by cost, as wind and solar are cheaper than everything else—but the program has a good mix of business and policy [exposure].”

Since his graduation, Ed has moved into a policy-centered role as part of the National Association of State Energy Officials, where he now works across all 50 states and the 6 US territories, advising authorities on how to maximize energy efficiency in built environments.

“Sustainability is a very broad field”

However, Ed cautions others against thinking that the only impactful role you can have in sustainability is in government.

“I occasionally talk to individuals who are interested in also breaking into the sustainability world,” he says, “and I have typically encouraged them to define what sustainability means to them and what that should mean for their career.

“It can mean anything from how to green a supply chain, to energy efficiency, to helping a corporation do their communications around sustainability—it’s a very broad field.”

Indeed, there are ample opportunities outside of the government, such as in businesses and charities, for students to make a positive impact on the environment.

Josh Kaplan, another graduate of the MSSM program, had always nurtured dreams of changing the world, and he had even studied environmental science at American University as an undergraduate. However, he felt that the thing he was lacking was a business education.

“When you need to go and have a conversation with your CFO, for instance, being able to speak the same language as the finance team, as the accountants, procurement, [etc.] is really important,” he explains. “The opportunity to do a degree that included those topics and provided that background in organizational management was very valuable.”

Particularly handy was the ability for any MSSM student to take classes and lectures at other schools and departments within the university, such as the School of Public Affairs.

This interdisciplinary education has served Josh well, and he is now a senior associate at the Renewable Energy Buyers Alliance, having spent two and a half years as a program officer for renewable energy and climate at the World Wildlife Fund.

Evidently, the career paths available to those who want to make a difference are many and varied. As far as Josh is concerned, he hopes his path will lead him ultimately to a director of sustainability role, optimizing energy efficiency at a top company.

Maria Figueroa-Armijos, the director of the MSSM program, says that this kind of progression is to be expected as sustainability becomes more of a global business priority—and that ultimately, students in the MSSM program at the Kogod School of Business are best-placed to profit.

“Our goal is to prepare students to be at the forefront of corporate sustainability,” she explains. “By exposing them to the latest innovations and the latest knowledge available across the area of sustainability, I believe that we are giving them a toolbox of skills, of frameworks, of exposure, that they can take with them wherever they go.”

The Master's In Sustainability Driving Green Business In America 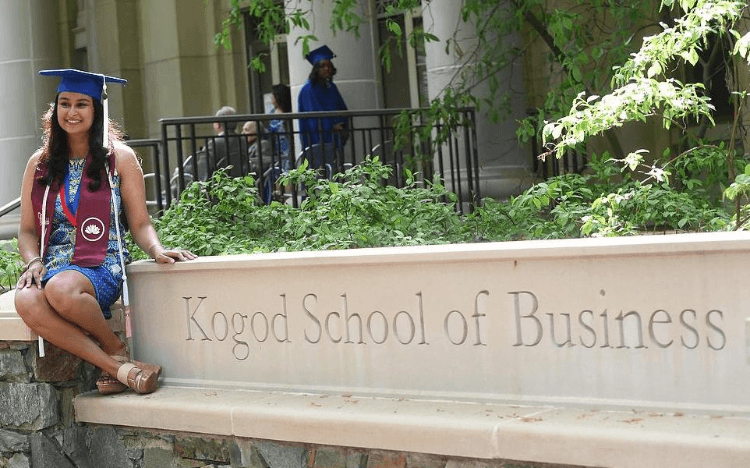