Even the oldest Ivy League institutions are embracing digital innovations 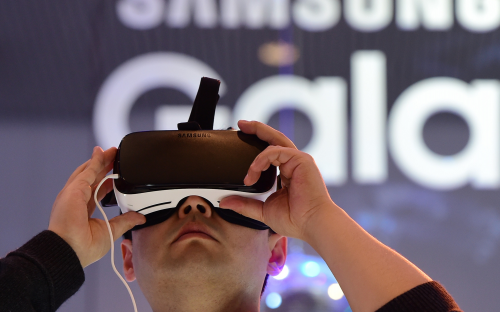 When Moocs burst onto the scene five years ago, many predicted business schools’ demise. Wharton professors Christian Terwiesch and Karl Ulrich wrote Moocs are a “Trojan Horse” with the potential to “destroy” the full-time MBA.

But rather than killing the campus, they have become an example of the whizzy digital innovations being embraced by even the oldest Ivy League institutions.

“You can expect us to take engaged learning to another level where we implement technology. We’re already moving in that direction,” says Alison Davis-Blake, dean of the University Of Michigan’s Ross School of Business.

“Online education is one part of it,” says Soumitra Dutta, dean of Cornell University’s Johnson School of Management. “But it’s really rethinking the way students learn today….There is a tremendous revolution.”

This has taken the form of HD live streamed lectures, artificial intelligence and even use of virtual reality devices pioneered by Oculus, Samsung, and Google.

Disruption was the original narrative. But business education has not quivered in the face of Mooc platforms like Coursera, Udacity or NovoEd. Schools have embraced them.

“We are always looking a few years down the road to see what technology is coming to market,” Patrick says.

An early issue was the stigma associated with online courses. “Employers were wary of ‘diploma mills’,” says Patrick. But with the trailblazing of early adopters, employers are recognizing that online learning can compete with campus courses.

“The stigma that used to be attached to the quality of such a degree is fading,” he says.

Stanford’s Graduate School of Business has pioneered virtual interactions for executives. Students on its LEAD certificate program upload avatars to a digital world.

“Jumping into this space, no one knew what to expect,” says Fernando Contreras, associate director for extended learning at Stanford GSB.

Now, virtual reality is becoming more popular as pioneers such as Magic Leap generate hype. “[It] is giving people optimism of how it can be used in education, through things like Oculus Rift,” Fernando says.

“There is a lot innovation happening,” he adds. “Where is online learning going? Every business school is trying to figure that out.”

“We’ve started thinking about true virtual reality — headsets. But we are months or years away,” says Peter Hirst, associate dean of executive education at MIT Sloan, which has trialled Google’s Cardboard and Samsung’s Gear.

However, he expects quicker adoption as the technology improves and costs come down. “The next generation of VR — that’s going to replace the traditional notion of sitting in front of a computer,” Peter says.

“It’s one experience to read a case study, and another to virtually live it,” she says.

Wharton has not yet explored — or admitted to exploring — VR headsets but its mark in the virtual world is vast. It was an early user of Moocs. It placed courses from its MBA program online years ago and today hosts digital programs on topics including entrepreneurship and data analytics.

Anne says MBAs can use Moocs as additional sources of instruction — helpful in preparing for job interviews. But she admits there are limitations: “Online programs today cannot offer the same level of networking opportunities that on-campus courses do.”

Robin Teigland, an innovation-pioneering professor at the Stockholm School of Economics, says she has taught two groups of executives using Gear in a VR initiative sponsored by Samsung.

Robin does not envisage widespread adoption — yet. But she believes VR is coming to business schools: “If you think about the money being pumped into it by Facebook, Google or Alibaba, developments are coming,” she says.

The Stockholm School has also, along with Duke Corporate Education, explored Second Life, the three-dimensional online world. “Instead of talking about virtual teams, we could practice being virtual teams. It brought the learning to life,” says Robin.

She adds: “As we move into AI [artificial intelligence] and robotics, we have to experiment.”