US-China Trade War Will Give Rise To A New Economic Bloc In The East, Says CKGSB Dean

Xiang Bing, founding dean of China’s Cheung Kong Graduate School of Business, says trade war could lead to the growth of a Confucian economic bloc, and greater global influence for the East

China and the US make up around 40% of the world’s economy. The US is China’s largest export market. A full-blown US-China trade war—instigated when Donald Trump imposed hefty tariffs on Chinese goods—should be taken seriously.

Speaking at the recent China Economic Symposium, hosted and run by Cheung Kong Graduate School of Business (CKGSB), the Chinese ambassador to the UK, Liu Xiaoming, condemned the US for its “acts of trade bullying” which, he said, “will severely undermine the international trade regime, disrupt global order, and hinder the normal working of world economy and trade.”

Yet according to CKGSB’s founding dean, Xiang Bing, the implications of trade war could bring opportunities for China too.

He says trade war with the US could spark the rise of an economic bloc of countries—including Greater China, Korea, Japan, Singapore, and Vietnam—where Confucianism is a dominating influence on society and culture.

Already, Xiang Bing notes, those countries contribute around 23% of global GDP and, between them, were responsible for 26% of global trade in 2017. Less cooperation with the US could bring the Confucian economic bloc even closer together.

Alongside the new economic bloc, Xiang Bing also predicts China will accelerate internal deregulation if the trade war worsens, strengthen its ties with the EU and Japan, and pursue its own trade deal with the EU.

“In the future, this Confucian bloc may take on a leadership role in global affairs, while US influence will shrink under ‘America First’,” Xiang Bing said, speaking at the China Economics Symposium in London. “The East has had a very long nap. Now, it’s our time to wake up and take on more responsibilities.”

The Economic Symposium saw global CEOs and elite professors from Cheung Kong Graduate School of Business share the truth about China’s economy, one set to overtake the US by 2024.

Xu Chenggang, professor of economics and winner of the 2016 China Economics Prize, said trade war would only exacerbate a challenging economic situation; one of high debt and a lack of productivity due to the wastefulness of state-owned firms.

But, for Xu, the US-China trade war is more about intellectual property rights than anything else, with Donald Trump looking to act against Chinese IP practices. “That issue is a lot more uncertain,” he says.

Read: The Truth About China’s Economy—Business School Experts Speak Out

Despite the challenges, China’s is a dominant, developing, and changing economy. In November, China will host the first International Import Expo in Shanghai—the world’s first national-level exposition focusing on import only. According to ambassador Liu Xiaoming, China is expected to import $8 trillion of goods, opening a $600 billion market for foreign investment, in the next five years.

For Western professionals, understanding how to work with China has never been more necessary. The 14-month, English-language MBA program at Cheung Kong Graduate School of Business provides professionals with that China knowledge and the network to boot.

More than half of CKGSB’s alumni are at CEO or chairman level. Collectively, they lead one‐fifth of China’s most valuable brands. Alibaba founder, Jack Ma, was once a student at the school.

CKGSB has just updated its MBA curriculum too, with new MBA electives covering hot topics like artificial intelligence (AI), fintech, and blockchain. Over half the school’s China-savvy professors have taught at top-ranked business schools in the US and UK—Harvard and Yale included.

“In this critical moment, the international community must choose between isolation and openness,” the ambassador concluded at the Economic Symposium in London, “between stagnation and progress.”

The same can be said for international MBA applicants too—the rise of the East is something business professionals in the West should be well aware of. 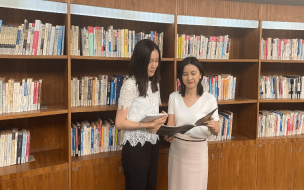 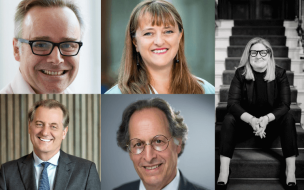