The Truth About China’s Economy—Business School Experts Speak Out

Li Wei and Xu Chenggang, elite-level professors at the independent Cheung Kong Graduate School of Business, explain there’s more to China’s economy than what the Chinese government tells you

Morning, July 19th. In the grand interior of London’s Institute of Directors, the Chinese ambassador to the UK, Liu Xiaoming, gets up to speak.

The event is the fifth edition of the China Economic Symposium, hosted and run by Cheung Kong Graduate School of Business (CKGSB), China’s first and most prestigious independent business school. More than half of CKGSB’s alumni are at CEO or chairman level and, collectively, they lead one‐fifth of China’s most valuable brands.

In the main hall, more than 50 Chinese CEOs, chairmen, and 100-plus decision-makers from Europe gather to discuss China’s economic future.

"China has become a major stabilizer and powerhouse for world global growth,” says ambassador Liu Xiaoming. Over the past 17 years, he notes, China has contributed nearly 30% to global economic growth every year.

“Now, China is shifting from high-speed growth to high-quality growth,” he continues. He says China is expected to import $8 trillion-worth of goods and open a $600 billion market for foreign investment in the next five years.

The ambassador looks out confidently across the room. On one side, a large group of EMBA students from CKGSB sit in an orderly fashion. Most are company chairmen, founders, or CEOs.

These are the products, the ambassador notes, of CKGSB’s “persistent devotion to educating new generations of business leaders.” The fate of China’s economic future rests on their shoulders.

While the ambassador’s portrayal of the Chinese economy is unashamedly positive, MBA students at Cheung Kong Graduate School of Business benefit from a more critical, impartial view. At CKGSB, the professors, not the state, are in charge.

After the ambassador’s speech, two of CKGSB’s most celebrated economics professors took to the stage. Bit by bit, slide by slide, graph by graph, they explained the ‘truth’ about the Chinese economy.

Latest figures still show improving business conditions. But China, Li Wei explains, has a mountain of debt and, with rising costs, the Chinese government cannot continue to rely on its monetary policy.

China is entering a “new normal” in terms of its global growth outlook. What the Chinese ambassador calls a transition from high-speed to high-quality growth, Li Wei claims is a diminished expectation for growth.

There’s pressure on the Chinese economy from inside and out—the uncertainty around trade war with the US is kicking up “the perfect storm,” says Li Wei. Despite the challenges, he notes that CKGSB’s alumni executives continue to invest at a rapid pace. “Our alumni remain the most competitive within their own industries.”

Read: US-China Trade War Will Give Rise To A New Economic Bloc In The East, Says CKGSB Dean

Xu Chenggang, professor of economics and winner of the 2016 China Economics Prize—interviewed by BusinessBecause in April this year—agrees. Entrepreneurship, he says, is driving the Chinese economy. “More than 60% of Chinese GDP is produced by entrepreneurs in the private sector.”

To measure overall economic growth, Xu highlights the contribution of productivity—to overall growth—as the key measure. “In the private sector alone, the productivity of the Chinese economy is strong, but if we add all the firms in the country together, they have a negative productivity,” he notes.

China has a big problem in terms of resource allocation, Xu explains, with the state investing a huge amount of capital in state-owned firms. These firms can’t go bankrupt, so they over-invest; they over-spend and end up overcapacity and unproductive.

“If you look at the balance sheets of state-owned firms, it looks like they are profit-making, but when you take away the government subsidies actually almost all of them are making losses.”

Thus, Xu continues, while investment and growth should usually correlate, in China, investment has gone up in recent years while growth has gone down. Money is disappearing down the black hole of state-owned institutions.

Despite the challenges, China is predicted to overtake the US economy by 2024.

Such a dynamic country is the perfect place for ambitious MBA students to thrive. And, at Cheung Kong Graduate School of Business, students not only learn the truth about the Chinese economy, they also get introduced to the Chinese business elite.

“Students graduating from Beijing universities are driving the biggest innovations in business today.” 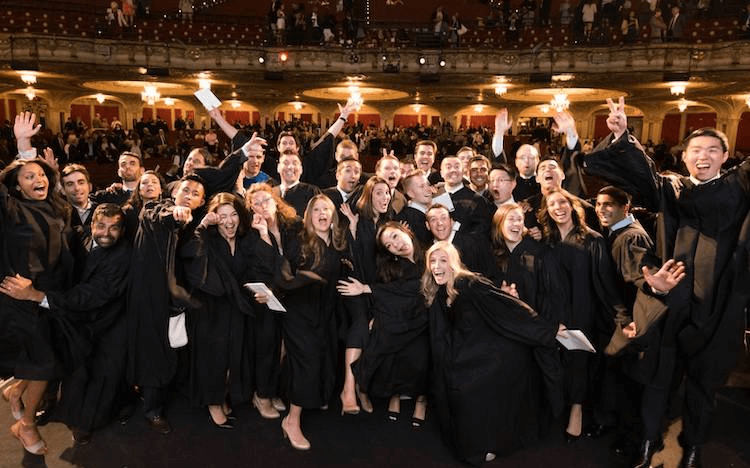