Home > News > Mba Rankings > The 16 Best US MBA Courses, According To The Economist

The 16 Best US MBA Courses, According To The Economist 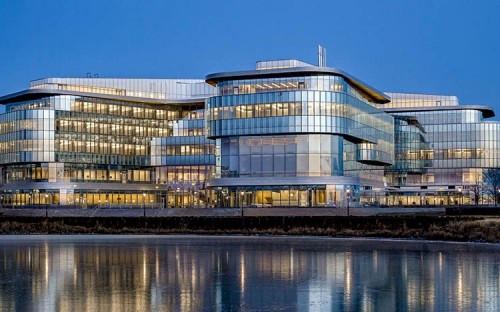 The full-time MBA degree is losing some of its lustre. Made in America, the flagship business school qualification has been shuttered by several US schools in recent years, leading some to speculate that the traditional, two-year format prevalent in the States is going out of fashion.

The Wisconsin School of Business this month hatched a plan to suspend admissions for its full-time MBA, although that plan has been shelved pending a review. A month earlier, the University of Iowa’s Tippie College of Business said it would end its two-year, full-time MBA because of flagging demand. There has been a broader shift to shorter and cheaper degrees, with the 12-month European MBA format gaining global traction.

But the two-year US format is best, if The Economist’s latest MBA ranking is to be believed. The prestigious magazine ranks the world’s 100 best MBA courses each year. American schools dominate the 2017 list, taking 16 of the top 20 places. Northwestern’s Kellogg School of Management returns to the top spot for the first time since 2004, followed by Chicago Booth and Harvard Business School in second and third places respectively (see table below).

The ranking is a much-needed boost for schools in the US, where demand has fallen. One problem they face is president Donald Trump. One recent survey by consultancy Carrington Crisp found that 40% of prospective students said Trump had discouraged them from studying in the country. His plans to tighten the US immigration regime have contributed to the trend, suggested founder Andrew Crisp.

Another challenge, albeit one faced by schools elsewhere in the world, is overcoming the rise of competing qualifications such as the master in management, which can be completed much more quickly and for a lower price than an MBA. Several top US schools have moved to launch MiMs, which are more popular in Europe, including the Cornell College of Business.

“[Some] millennials are saying they don’t want to spend money on an MBA,” claimed Roland Siegers, executive director of CEMS, a global alliance of 30 business schools which offer MiMs.

But a closer look at the impact of these trends suggests that the very best US MBA courses have no shortage of applications. While overall application numbers are falling, the decline in applications to programs with 200 or more seats — typically the highest-ranked courses — is less marked. In fact, many larger US schools report growing demand.

Take for instance Harvard Business School. The school received around 9,759 applications for about 900 places on its MBA last year, up from 9,686 the year before.

With such schools offering among the best career prospects, it is little wonder. The average basic salary for the top-10 US schools ranked by The Economist is $127,300, a 70% increase on their pre-MBA pay, although tuition fees at the elite schools are higher.

Where the MBA market looks more squeezed is the mid-tier; among US programs with 200 or fewer seats, which saw applications drop by 6% this year, according to the Graduate Management Admission Council. With US schools coming under pressure on multiple fronts, the gap between the two looks likely to grow wider still. Sixteen of The Economist’s top-20 MBAs, which we have charted below, are from prestegious US schools.