What's next for the online learning revolution? 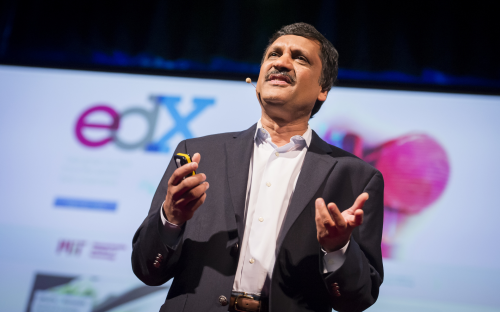 As online learning continues to explode and millions flock to digital courses, a host of start-ups are challenging the traditional university and business school model.

Edtech companies raised nearly $2.7 billion last year, according to PitchBook, up from $800 million in 2011. A number of them are valued at more than a billion dollars, including Lynda.com and TutorGroup.

According to data collected by Class Central, there are now 4,200 Moocs, or massive open online courses, up from about 2,200 a year ago.

And for much of the past decade, growth in online students has topped 20%, according to the Babson Survey Group. This shift to digital shows no signs of stopping.

“Online learning will help evolve credentials and credit,” he says. Education is already moving in this direction: MIT and Arizona State University are high-profile examples of schools accepting Moocs as credit for degree programs.

Companies too are warming to online courses. Research by the Career Advisory Board found that 87% of 500 US recruiters were likely to consider non-traditional “micro-credentials” as proof of skill mastery.

Udacity is so confident it can find users jobs that it is guaranteeing them placement, or will refund their tuition.

Vish Makhijani, COO of Udacity, which raised $105 million last year from the likes of Andreessen Horowitz, giving it a $1 billion valuation, says its users are in-demand.

“For us, helping people learn so they can advance their careers is the cornerstone of online education,” he says. “So guaranteeing graduates jobs is a natural extension of that mission.”

Mike Feerick, CEO of ALISON, anticipates an increase in the number of online learners worldwide. Founded in 2007, ALISON has amassed more than six million users.

“Individuals realize that their learning options are developing exponentially online, and for free, while at the same time employers are realizing that a huge potential source of increased productivity is at their fingertips,” Mike says.

Julia Stiglitz, director of business development and international at Coursera, which has 17 million users, anticipates rapid growth in mobile and tablet learning. Around 50% of Coursera users learn through mobile.

“Mobile and tablet technology has increased access,” she says, especially in China. According to UNESCO, six billion people now have access to mobile phones and digital devices.

Mobiles and tablets are increasingly becoming “the platform of choice and a necessary tool”, Julia says. INSEAD, the business school, last year launched a mobile learning platform for business, which signed up Accenture and Microsoft.

Simon Nelson, CEO of FutureLearn, which has three million users, says there is huge potential to use big data to improve online learning — a view shared by most edtech executives who have spoken to BB.

“The potential of online learning to deliver more effective learning experiences that are better targeted, I think, are huge,” he says.

Data can help learners find the right courses; customize them to their needs; keep them on the right track; and potentially showcase their work.

“The sector as a whole can also gain great insights from learners’ data,” Simon says.