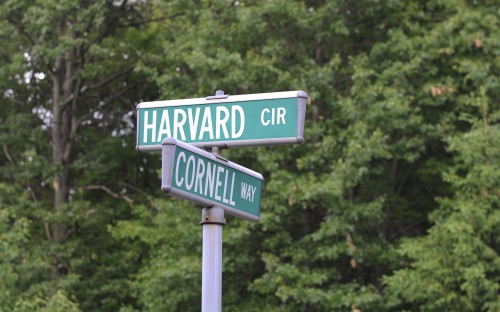 Venture capital funds have been flourishing at business schools and a new focus is pushing them to pour investment into socially impactful ventures.

MBA students at Haas School, UNC Kenan-Flagler and Ross School are using socially responsible principles to lead funds worth millions of dollars, mirroring the increasing use of impact funds at some of the world’s biggest companies.

Pearson, Intel and Legal & General have all set-up funds, opening up career opportunity. Institutional investors such as Axa Group and Bridges Ventures are also muscling in.

The MBA students have access to all aspects of the fund management and investment analysis – experiences which prepare them for careers in investing.

The funds’ goals are to generate superior returns while providing students with unique education. “Even students who wouldn't describe themselves as interested in sustainability will benefit from exposure to this new investment strategy,” said Chip Snively, a finance professor at Kenan-Flagler.

Chip added that graduates managing funds are well equipped to add value to the organizations that hire them. These include private equity firms and venture capital groups such as Sequoia Capital, Carlyle Group and Blackstone.

There has been resurgence in careers in this area, with more than 115 companies recruiting Harvard Business School students for summer or career positions in venture capital and private equity.

Paul Schoonenberg, head of MBA careers at Aston Business School, said that there is an interchange of talent between banks and private equity firms: “Many of the skills are complementary.”

Student-run impact funds have achieved some success. The Haas Socially Responsible Investment Fund beat the market by almost 5% between 2011 and 2014. It achieved more than 50% return on investment. But returns have swung annually from between a 6.6% loss and a 30.2% gain.

The $2 million-plus fund in 2014 had a portfolio of 12 companies including payments provider MasterCard and technology giant Google, according to its annual report.

Other funds invest in smaller companies. The first of its kind, the Social Venture Fund at Ross School makes early-stage investment of between $50,000 and $250,000 in pre-revenue and post-revenue companies.

Led by around 30 MBA students, the fund focuses on ventures in the education, health, food and environment, and urban revitalization sectors.

Its portfolio of five companies includes Mytonomy, a video based social network that connects alumni with high school students – it contributed $50,000 to Mytonomy’s $700,000 funding round – and Powerhouse Dynamics, a cloud-based provider of enterprise energy and asset management solutions.

Founded in 2007, the student-run Wharton Social Venture Fund typically invests $50,000 in ventures in the education, energy, health and wellness, food and nutrition, and financial inclusion sectors.

It has a portfolio of three companies includes Raise, a student financing platform, and Learnsprout, an educational technology group.

Wharton recently struck a deal with OurCrowd, an equity-based online crowdfunding platform, to expand its offering. Jonathan Medved, chief executive and founder of OurCrowd, said crowdfunding is a perfect way to raise funds for impact investing.

“We have already invested in companies that are changing the world in diverse areas such as disabilities, gun safety, food security [and] malaria diagnostics,” he added.

Companies are able to benefit from the expertise of students studying at some of the world’s best management institutes.

Martin Flusberg, chief executive of Powerhouse Dynamics, said: “The Ross students have demonstrated a keen understanding of our business, coupled with a broader sense of the market dynamics that create opportunity.”

More than $10 billion has already been invested in social impact ventures globally, according to data from the UK government’s Social Impact Investment Taskforce.

Julia Reholz, an Open University MBA graduate who manages Ignite Social Enterprise, the UK’s first impact investment fund which focuses on the energy industry, said that all businesses will eventually need to focus on social outcomes.

She added that commercial aspects of the fund are essential for social outcomes to be made. The £10 million Ignite Social Enterprise fund, part of UK-listed energy major Centrica, had in 2014 deployed £5.5 million of funding to eight ventures.

“Combining the talents of some of the best and brightest business minds in the world with the leading crowdfunding site in the world is a natural fit,” Rob said.

The business school has a variety of student-run funds that collectively manage more than $12 million in capital.

Other business schools – including Michigan’s Ross School and Oxford’s Saïd Business School – have similar, general funds that are run by MBA students.

Alex Money is an Oxford University graduate who worked as a fund manager before launching ACE Consensus, a start-up which provides investors with predictions of foreign markets. He raised £20,000 from the Saïd Business School Seed Fund, before later raising £200,000 in a larger funding round.

“After the university round we had credibility. That halo effect of going through the [fundraising] process is important,” Alex said.

The Oxford fund is small, typically investing up to £25,000 in ventures, and while Maria acknowledges that Europe’s venture capital industry is smaller than the US she believes that UK universities are starting to build start-up ecosystems.

“These communities of founders and supporters take time to mature, and many of the important pillars are now in place,” she said.