On LSE's EGMiM, Niko developed the soft skills needed to direct his own team on set

Niko Mikadze’s love for film began when he was just six years old, when his grandmother and aunt would take him regularly to the local cinema—“it was an escape for my imagination,” he says.

While working in the financial sector, as the manager of an investment fund between the EU and Russia—investing in currency and stock markets through algorithmic training—he had the urge to pursue further education to augment the skills he would need to make a career switch.

“I searched for MBAs all over the world,” he says, “until a friend recommended the Executive Global Master’s in Management (EGMiM) at London School of Economics (LSE)—it was the perfect match.”

Positioning itself as the alternative to a traditional MBA, LSE’s EGMiM program is a 17-month, part-time modular degree, requiring in total only nine weeks away from work for classes, as students combine working life with studying. Core modules include Foundations of Management, Organisational Behavior, and Leadership in Practice, all of which were necessary for Niko to pursue his love of writing and directing film.

"It was always something I wanted to do,” he says. “It was incubating inside me for all these years until it imploded.”

After his first project—a heart-warming short film called Listen, about a devoted mother who encourages her deaf son to pursue his passion for music—won multiple film festival accolades in 2017, from Best Short Film to Best Story and various cast awards, Niko is about to embark on his second project about his own experiences growing up in Georgia amid civil war.

On set, the benefits of the holistic approach to leadership and management gleaned on the LSE EGMiM shine through, highlighting the program’s unique positioning as an alternative to an MBA.

“Usually, you come out of an MBA as a savvy financial engineer,” says Niko, “but [at LSE] it was different, and I liked that.

“You cannot point to a single module,” he continues, “everything is in harmony. They show you when you take a decision in business to be able to intimately connect each department and subject.”

LSE’s Executive Global Master’s in Management attracts a plethora of nationalities—the current cohort for example, is made up of students from 37 different countries.

“The richness and diversity of the people in the class was something that made it challenging in debates,” Niko explains, “you really could go anywhere in those discussions.”

Which means that on top of leadership and managerial theory, Niko learned to lead in a way that meandered their differences, ensuring that he and his peers coalesced into a fine business unit.

“The EGMiM had something special because of its approach to leadership,” he says. “I knew that in life it could take you anywhere, for example into finance, film, or teaching; for me the essential [ingredient] was leadership.”

Niko explains that transitioning from finance to film was seamless—and he puts that down to the strong focus on soft skill development during the program.

The Organisational Behavior module, he says, was key to his development as a director—“the teachers we had were inspiring because they were themselves successful professionals, so they mixed theory with practical application—I learned a lot about managing people between soft and hard skills,” he adds.

Students on Niko’s cohort were also exposed to organisational behavior abroad, as courses taken in Singapore and Turkey exposed them to national and multinational companies operating there.

“You really get to the heart of the companies,” Niko explains. “You learn about international cooperation between countries at LSE, then you go and learn directly from the company you were [talking about] in class.”

All of these factors shape graduates from the Executive Global Master’s in Management at LSE into competent leaders in any international setting—“it was the key factor that helped me transition into a new career,” admits Niko.

“I think LSE in general creates leaders. The Executive Global Master’s in Management has absorbed the LSE DNA—the human values and the humanistic approach to business—and mixed it with the strength of an MBA.”

The Master's In Sustainability Driving Green Business In America 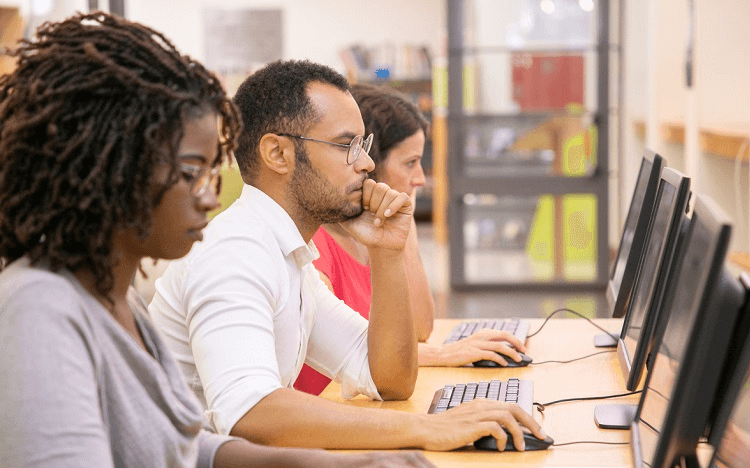