Have you got your sights set on a consulting career in the UK? An MBA from Cranfield School of Management could help you manage it

The 10th annual Training The Street (TTS) MBA Employment Survey was released this week, and like other employment surveys that have come out in the last year, it shows that interest in consulting careers among MBA graduates is way up.

According to TTS’s figures, if you’re a prospective or current MBA student, there’s a one in three chance that consulting is your post-graduation industry of choice—up from nearly one in five in 2017.

When it comes to making the transition into consulting, however, choosing the right MBA is everything—and grads from the full-time MBA at Cranfield School of Management certainly seem to be doing something right.

74% of MBA students at Cranfield are employed in the UK after their graduation, and consulting is a popular destination for many of them.

Take 2016 MBA grad Roman Tretyakov. Roman came to the UK from Russia to pursue his MBA at Cranfield, and now works at Deloitte UK as an assistant manager in risk management.

Roman considered many top-ranking business schools when applying for his MBA, among them London Business School, Cambridge Judge, and Oxford Saïd. However, Cranfield had the edge—from the personable staff who met him at an MBA fair in Moscow, to the affordability of the tuition fees.

His good feeling about the school was confirmed when he arrived on campus: “I was lucky to meet the people who joined [the MBA] in the same year as me,” Roman says.

“The atmosphere at the school was an endless joy—nice people from all over the world with whom you work together, and through those people you get a better understanding of the world and of yourself.”

When it came time to apply for jobs, the careers service at Cranfield School of Management went above and beyond to help the MBAs get their dream jobs.

“We had good workshops on how to present yourself at interview, what to highlight during the meeting with the recruiter, and how to approach people via LinkedIn,” Roman recalls of the job-hunting process. “We also had several meetings with alumni in the industry.”

The same is said by Ramneek Lamba, another graduate of the class of 2016.

Like Roman, Ramneek came from abroad: originally from Delhi, she joined the MBA at Cranfield in order to transition into a strategic role, thereby broadening her career impact. However, she ended up gaining much more than just technical business knowledge.

“The atmosphere at Cranfield is very lively—fun and yet driven,” Ramneek recalls. “It’s amazing how every student has his or her own path on the MBA, and yet the cohort is in it together. For me, my cohort has been like my extended family.”

With only 43 students on the course, representing 18 nationalities, Cranfield was the perfect place to build strong business and personal connections that nonetheless span the globe.

Outside of the connections she formed with other students, Ramneek’s favorite part of the course was the organizational behavior and leadership teaching, as she believes it gave her valuable skills that she has carried forward into her post-MBA career.

“Nearly two years after the MBA, I can’t define the micro-economics circular diagram quite accurately—but I sure remember the organizational behavior and leadership modules!” she jokes.

“Even the assignments on these subjects made me reflect [more deeply] and discover my own leadership style in a way that I had never done before.”

In particular, Ramneek singles out the regular executive coaching sessions that students were treated to alongside their traditional lectures.

“Due to the distinct focus of the MBA on leadership skills, I graduated as a more confident professional with a clear realization of my own leadership style,” Ramneek says.

This combination of student support and high-calibre business teaching set Ramneek up for success. She now works for Deloitte in the UK as a senior consultant in analytics and information management (AIM)—an opportunity that came to her through the career services at Cranfield School of Management.

“I always knew that I wanted to transition to a consulting career after my MBA, and I applied to several consulting roles,” she says.

“Throughout the process, I had alumni support and guidance, resources for interview preparation in the form of mock interviews and feedback, guidance in choosing the right job offer—and, above all, much-needed encouragement and moral support.”

Is Now A Good Time For An EMBA? 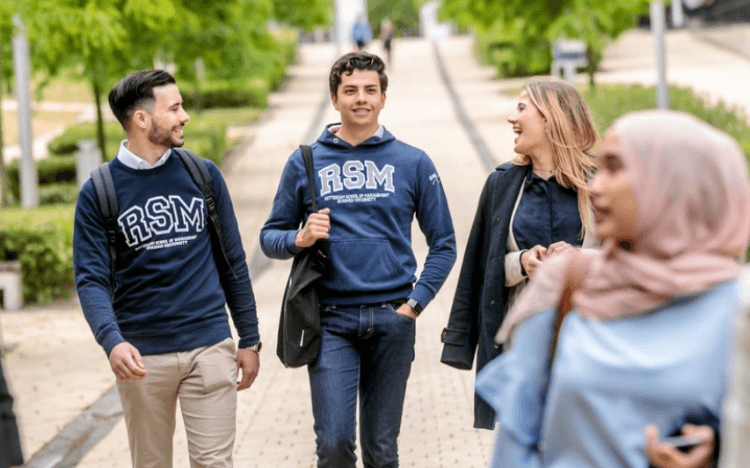