B-school Students: Should There Be Sex Quotas For Board Rooms?

Gender has become a hot topic following Lord Davies’ report last week, which argues that top employers should aim to fill 25% of their boardroom positions with women. He fell short of recommending legal minimums, however.

Norway, Spain and Iceland have already set minimum quotas for female directors and France and the Netherlands are considering the option. Angela Merkel has toughened her stance, warning German business leaders to "be creative, or we will be creative."

We caught up with female MBA students at Aston and Nottingham University Business School to ask the following question:
Only 5.5% of FTSE 100 executive directors are female – so are minimum quotas the solution?

“Quotas lead to a situation where companies are forced to place women on the board. Women will be perceived as getting an easy entry without proving themselves, even if they were fully qualified with proven success.

“They may be patronized and their suggestions may not be taken seriously by the rest of the board.

“So from my point of view, I totally agree that women should and will have presence in the board, based on merit and exposed to the same criteria faced by men - as long as they aren’t discriminated against because of their gender when they are considered for the position.”

"Quotas would definitely help females to earn their way to the top, but aren’t ‘the’ solution. More must be done.

“Women already in boardrooms should help other women to develop… Companies should first adopt internal corporate social responsibility, the design of policies for equality and conciliation of professional and personal life. Companies with such policies will enhance their corporate reputation and attract the best talent.

“I do not think quotas are a good tool to get more female representation in the boardroom. The bottom line is executives should gain their positions in a fair and just manner.

“Women in the past have tended to have a family which has resulted in them being taken them away from their careers. Over the course of the past decades, women are now either deciding to have children later in life or not at all. As such, men find their positions ‘threatened’ as the trend of more executive females rise to the top.

“I think it is these attitudes that need to be challenged. Women should earn their way to the top just like men or their colleagues will not take them seriously or undermine them (even if they are more than capable of handling the role)...

”I think companies should develop their female employees more fully. Start at the bottom and offer women more development opportunities or training programs (e.g. leadership training). Showing a real interest in developing an employee gives individuals more of a reason to stay on and seek out more senior positions.

“In this day and age, I think it’s a complete disaster that women account for such a small percentage of executives in the workplace.

“The ‘boys club’ mentality is still very much in place. As a driven student now in the final throes of school, I have begun to apply for jobs and have found most companies state directly in their posted positions that they support diversity in the workplace.

“However, upon doing further research in rounding out my applications, I find the majority of these companies are run with predominantly male executives on their board(s).” 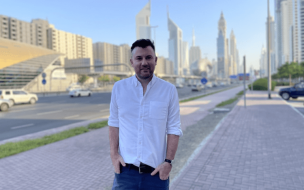