With 16 schools listed in this year’s Financial Times top 100 global MBA rankings, business education in Britain staked its place on the global map once again.

However, even the likes of LBS, Cambridge and Oxford have failed to stop some of the country’s best business talents from leaving.

In 2009, 30 percent of British students sent their GMAT scores to UK business schools, down two per cent from 2005's figure, research from the Graduate Management Admission Council (GMAC) shows.

The marginal decline, according to GMAC, has been accompanied by a boost in UK citizens applying to US programs. After several years of cooling interest in studying in the US the proportion of GMAT score reports sent to US programs by UK citizens increased to 50 per cent in 2009, up from 48 percent in 2005.

Traditional reasons such as "speaking the same language", "sharing the same roots", and "attending prestigious schools" are the main reasons that Brits cross the Atlantic for further education.

GMAC research analyst Alex Chisholm says the UK "probably shouldn't worry about this proportional shift because in absolute terms the total number of score reports sent to UK schools by UK citizens has continued to increase due to overall testing growth".

Chisholm says: "The UK is still very much an importing market [in business education]. Schools in Britain bring in more students than they lose and the country ranks as the second largest destination for global GMAT examinees behind the United States. It is a very successful and highly regarded education market in the eyes of both domestic and foreign students."

For instance, Britain is attracting a growing number of applicants from European countries. The proportion of GMAT score reports sent to UK schools by European testers grew from 12 per cent in 2005 to 14 per cent in 2009.

The troubled UK financial market means that fewer companies are able to give financial support to employees doing an MBA.

David Iredale, 24, had to take a loan from British bank Natwest to pay the tuition fees at Lancaster University Management School. The Liverpool native says getting funding from companies is hard compared to a couple of years ago.

Also, the financial crisis has hurt the reputation of business education, according to Iredale, who was a project manager at a real estate company in Manchester before his degree.

“I get the feeling a lot of the confidence in doing an MBA is lost in general,” he says. “A lot of people now think, ‘Those people in the MBA put us in the mess, so why should we go for it?’”.

Of the 80 full-time students enrolled in Lancaster University Management School’s MBA Class of 2010, only five are British.

Iredale flirted with the idea of studying in the US before committing to Lancaster, where he previously completed an MSc in Project Management. He would also have been very interested in studying in Asia.

“The course seemed to offer the flexibility I was looking for and to understand the desire of many people to change careers, so it appealed to me,” she says.

Nanyang Business School is ranked 27th in the world and fourth in Asia in this year’s FT Global MBA Rankings, but its high ranking isn’t the only thing Costelloe noticed.

“I could have gained fundamental business skills at any reputable business school,” she says. “But the unique things about studying here are: the cultural exposure; the appreciation of the strengths (and some weaknesses) of Asian business; and, the contact with students who will form an extensive network for me throughout Asia after graduation.”

On the trend for UK students to do an MBA abroad, Costelloe says it is “symptomatic” of the economic shift away from the West towards Eastern powerhouses.

The growing popularity of the GMAT exam, with more European schools accepting GMAT scores, is another for the decline in the proportion of scores sent to UK schools, says GMAC’s Chisholm.

Also, recognition from the media has helped European schools to bring in students.

The main challenge for British schools, according to Lancaster University’s Iredale, is to “gain more professionalism”.

“Currently, the US business schools offer a more professional approach to the MBA when compared with their U.K counterparts,” he says.

However, one thing that the UK institutions do offer is a “more traditional feel” to business education, notes Iredale.

“There is less of a perception that an individual is purchasing an off-the-shelf MBA program in the U.K,” he adds. 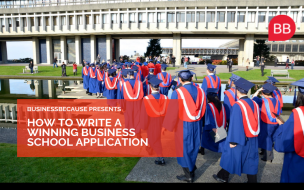 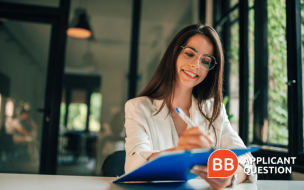