Return On Investment: Executive MBA Salaries Are On The Rise

EMBA graduates continue to see strong increases in their salaries, according to a new Executive MBA Council report

Results of EMBAC's Student Exit Survey 2017 showed that graduates of EMBA programs received on average a 14.2% increase in compensation—the combined total of salary and bonuses—in the years following their degree; highlighting a strong return on investment (ROI).

A steady, continued rise in previous years highlights the benefits of an EMBA—it comes in addition to a 41% and 52% rise in the number of graduates gaining promotion or receiving new responsibilities in their job, respectively, during the program.

"With new technologies coupled with an ever-expanding global focus and evolving business landscape, companies and employees are looking for ways to expand their abilities and stay ahead of the curve,” he said.

“When you combine the new skills taught to EMBA graduates, with the idea of prospective salary increases and promotions, both students and companies are seeing values in these programs to actively seek to adapt and lead in their respective industries.”

Embarking on the EMBA journey equips graduates with a variety of leadership development tools, greater strategic vision, and skills that can be instantly transferred into the workplace.

Even so, obstacles can often stand in the way of executives who wish to study an EMBA—more often than not they are mid-career professionals with family and job commitments leaning heavily on the time constraints extra study requires.

So, the salary return post-graduation is vital when it comes to choosing where to study.

ESCP Europe’s EMBA—ranked among the top 10 programs globally in 2017 by the Financial Times—also offers a lucrative average salary increase of 62%.

Students can also enroll on the school’s itinerant study track—rotating between five of the six ESCP campuses including Beirut, London, Berlin, Paris, or Turin—which gives them a grounding in current, global business trends.

But leading the way in terms of salary uplift is China.

China Europe International Business School (CEIBS) is also in the top five, with its graduates sitting on a healthy $330,000 a year three years after graduating—they are followed by alumni of the TRIUM Global Executive MBA, a three-way degree split between NYU Stern Business School, London School of Economics, and HEC Paris. 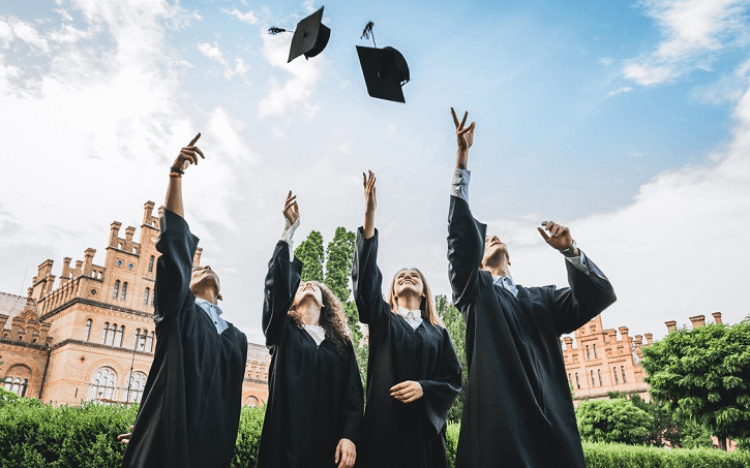